It's been another weekend of mixed fortunes for the Ferrari team, despite walking away from the French Grand Prix with a solid third place for Charles Leclerc.

"It means the hard work I do pays off and it's always good to see it in the results," Leclerc said after the race. "I gave it everything.

"Obviously the first run was quite okay. I felt okay with the car, but the Mercedes was just too quick," he continued. "And then in the second stint it was all about tyre management. I think we did a very, very good job on that.

Leclerc even managed a late run to cut the gap on Valtteri Bottas for second place in the final laps of the race following a brief Virtual Safety Car.

"The last two laps I was catching quite quickly," he said. "I think he struggled in his bid to turn his tyres on after the VSC so I saw an opportunity. But unfortunately there weren't enough laps left to try something.

"I knew it was the last lap, so I just said okay, it's not a proper try, but I just wanted to put a bit of pressure [on Bottas] and show I was there," he added. 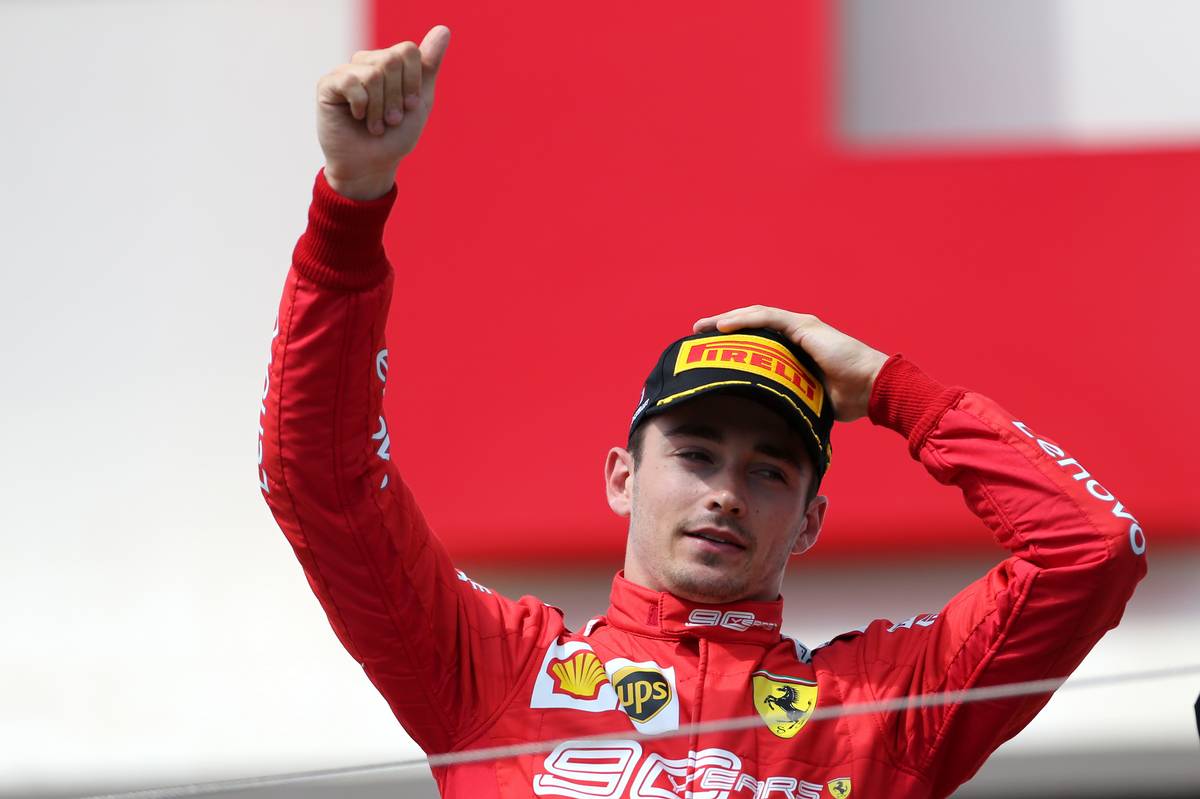 "If there was a mistake from him then all the better," he shrugged. "But I knew it was definitely not a manoeuvre to overtake, I was too far behind."

Leclerc's team mate Sebastian Vettel also made progress on Sunday, recovering two of the positions lost in a troubled qualifying session to finish in fifth place at the Circuit Paul Ricard - but that meant he yielded more ground in the championship standings to Lewis Hamilton.

Even more worryingly for the team, the upgrades they brought to this weekend's race hadn't performed as well as had been hoped for. It's left Ferrari even further behind their Mercedes rivals in terms of both points and performance.

"This weekend, the big objective was to close the gap a significant amount," Vettel said. "Which we didn't do, so in that regard we failed. But that doesn't mean we're giving up.

"We had to unfortunately learn that our parts weren't working the way we were expecting them. 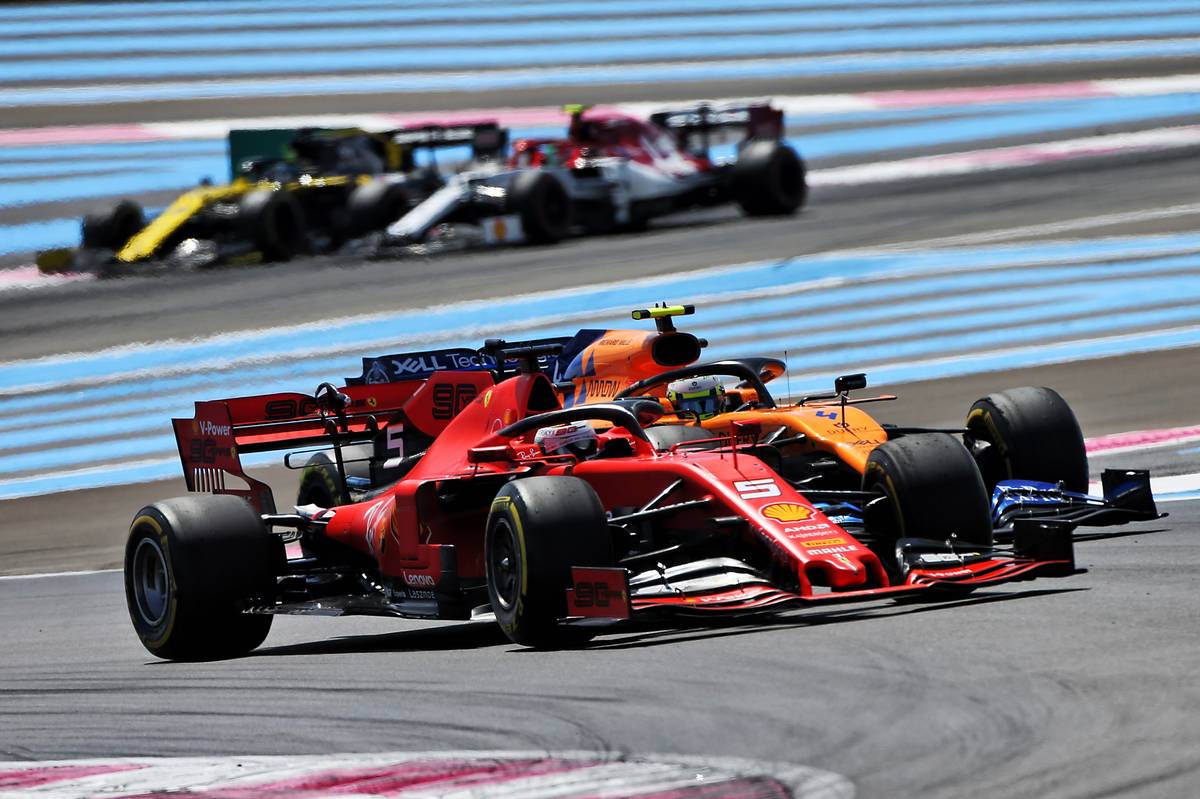 "I think nevertheless we tried everything we could. I think Charles' podium is a little bit of satisfaction," he suggested.

"It depends on a lot of things. One other factor is that it was quite hot so the tyres struggled," he said.

"The more grip you have, the more you look after your tyres, [the better]. And that again is favouring Mercedes rather than us, given the strengths and weaknesses we have.

"Everybody's fired up even more. We have to understand why some of the bits we brought didn't work, and hopefully by next week we'll have some answers to try something again.

"Hopefully, the track layout in Austria comes a little bit our way as well," he added, referring to next week's race at the Red Bull Ring.

Vettel did at least snatch the bonus point for fastest lap away from Lewis Hamilton on the final lap by 0.024s after making a late pit stop for fresh tyres. However it nearly didn't succeed.

"It was quite tight," he revealed. "We seemed to have a problem with discharging the battery in the final lap, so it was a bit strange. Otherwise it should have been a bit more straightforward.

"But it also shows how much pace they have in hand. If they want to, they just go a lot faster," he added. "That means there's a lot of work for us ... We need to make sure we get closer to put them under pressure.” 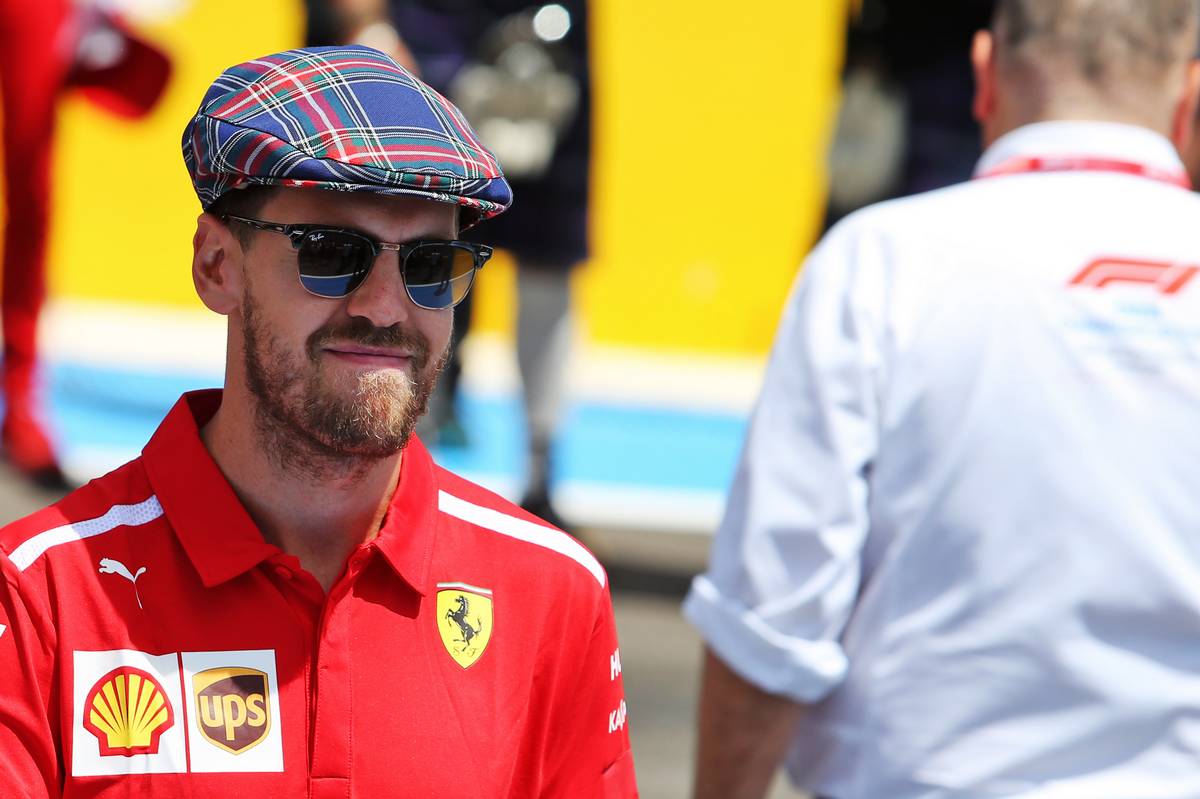 While Ferrari boss Mattia Binotto agreed with Vettel that the team hadn't made nearly enough progress yet, he was feeling rather more optimistic about the future.

"The situation has improved," he told Sky Sports F1's Ted Kravitz after the race. "We are still not as strong as we would like to be, or we should be, but at least we're making progress step-by-step.

"That's important for the team and important for the drivers," he commented. "We've had some occasions this season to win some races which we didn't somehow get, but there are many races ahead and within a week we're in Austria - and we'll be there to fight.