F1's 'Driver of the Day' Lando Norris saved what mattered in Sunday's French Grand Prix - a top-ten finish - but the McLaren driver was left frustrated by the hydraulic issue that impacted the end of his race.

Norris launched his race from the third row alongside team mate Carlos Sainz who enjoyed the better start of the two McLaren drivers.

The pair ran together and held their own just outside the top five, wisely managing their tyres but Norris started to lose ground 20 laps from the end when a hydraulic issue set in.

The problem impacted the MCL34's braking, steering and DRS, forcing its driver into a defensive mode as a trio of pursuers made up of Daniel Ricciardo, Kimi Raikkonen and Nico Hulkenberg caught up.

"It wasn't the most exciting race, pretty much the whole thing for me," said Norris when all was said and done.

"The exciting bit was obviously towards the end when I had to start defending and battling and whatever.

"The whole of the start, middle and almost towards the end was just managing tyres and making sure we stayed in position because there was nothing worth risking between Carlos and myself, and destroying the tyres for no reason.

"We did what we needed to do. Obviously for Carlos it worked out great." 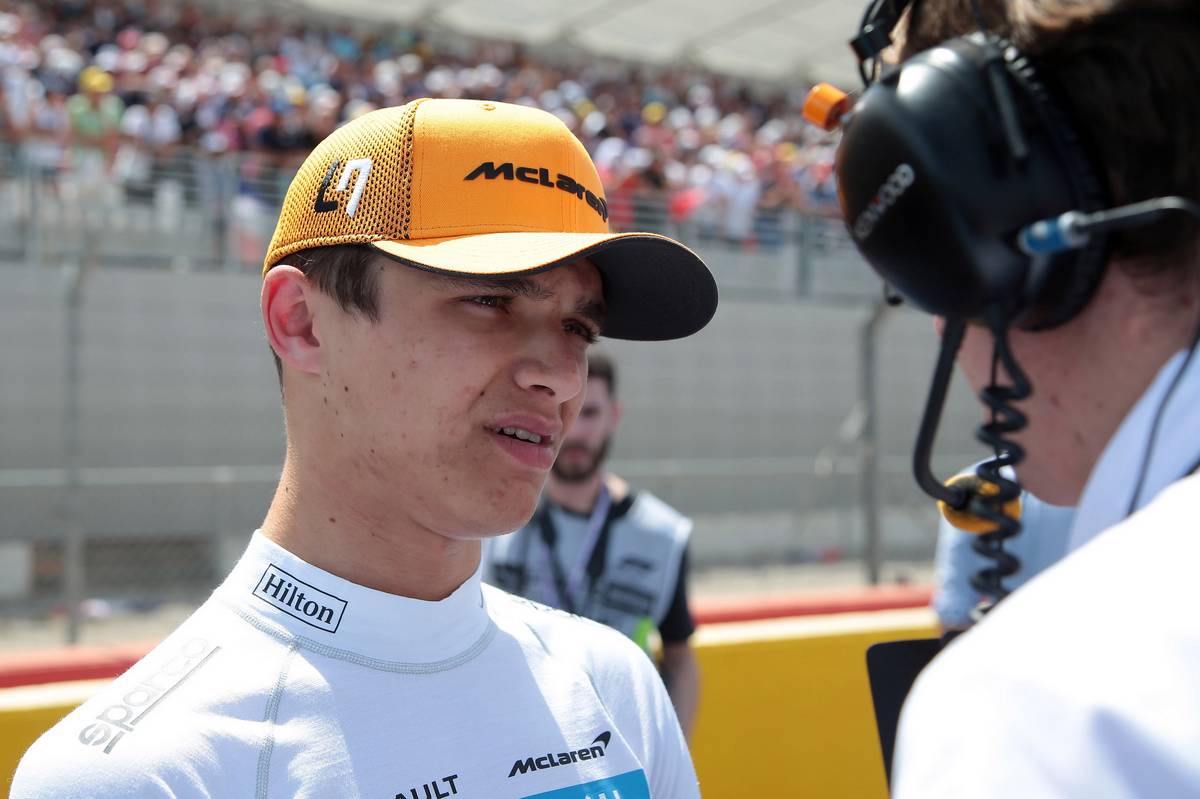 Norris started the final lap in P7 but was a sitting duck as he led his rivals up the Mistral straight for the last time.

Riccairdo was the first to barge through, forcing the McLaren off the track at the chicane, but Norris could only watch as the trio of cars blew past him thereafter.

"The steering wheel went really heavy and I lost the power steering," added the McLaren, a tad frustrated by his fate.

"It was really tough, I did my best not to lose places but it was too much of an issue to hang on as I had lost so much pace.

"Still, considering everything, it's a good result as it could have been much worse. Great job by the team all weekend and everyone back at the factory to give us both such a quick car."

While he finished tenth on the track, Norris was promoted to ninth in the final results after Ricciardo was hit with two five-second penalties by the stewards for his final lap antics against the McLaren driver and Alfa Romeo's Kimi Raikkonen.

Vettel: Ferrari 'failed' to close the gap in France

Bottas to 'work hard' to match Hamilton after late scare