Almost from the first corner of the French Grand Prix it appeared that Mercedes has a lock on the top two spots of the podium after a flawless start to the race. With Lewis Hamilton taking a commanding lead, Valtteri Bottas looked equally secure in second place.

But the final laps proved to be a lot closer than anyone had expected, after Bottas' six second lead over Ferrari's Charles Leclerc evaporated following a late Virtual Safety Car.

"At the end I was catching Valtteri," said Leclerc. "I think he struggled to turn his tyres on again after the VSC so I saw an opportunity but unfortunately there were not enough laps for me to try something.”

"The least comfortable bit of the race was the last couple of laps with Valtteri when Charles managed to get right onto his gearbox," Mercedes' chief race engineer Andrew Shovlin noted.

"Valtteri was not close enough to the delta time on the restart and this is what allowed Charles to get close.

"But we need to speak to him to understand what went wrong. We'd told him it would not be a long VSC but maybe we'd not communicated well enough just how brief it was going to be."

At the same time Bottas was also having to manage blistered tyres together with an engine problem.

"My front tyres were starting to fall into pieces, both on the mediums [early in the race] and at the end on the Hard tyres towards the end as well," Bottas explained afterwards.

"We were concerned with the blistering we saw in the last part of the race, so I had to back off a little bit.

"There was definitely a bit of margin left, but we wanted to be on the safe side and make it to the end." 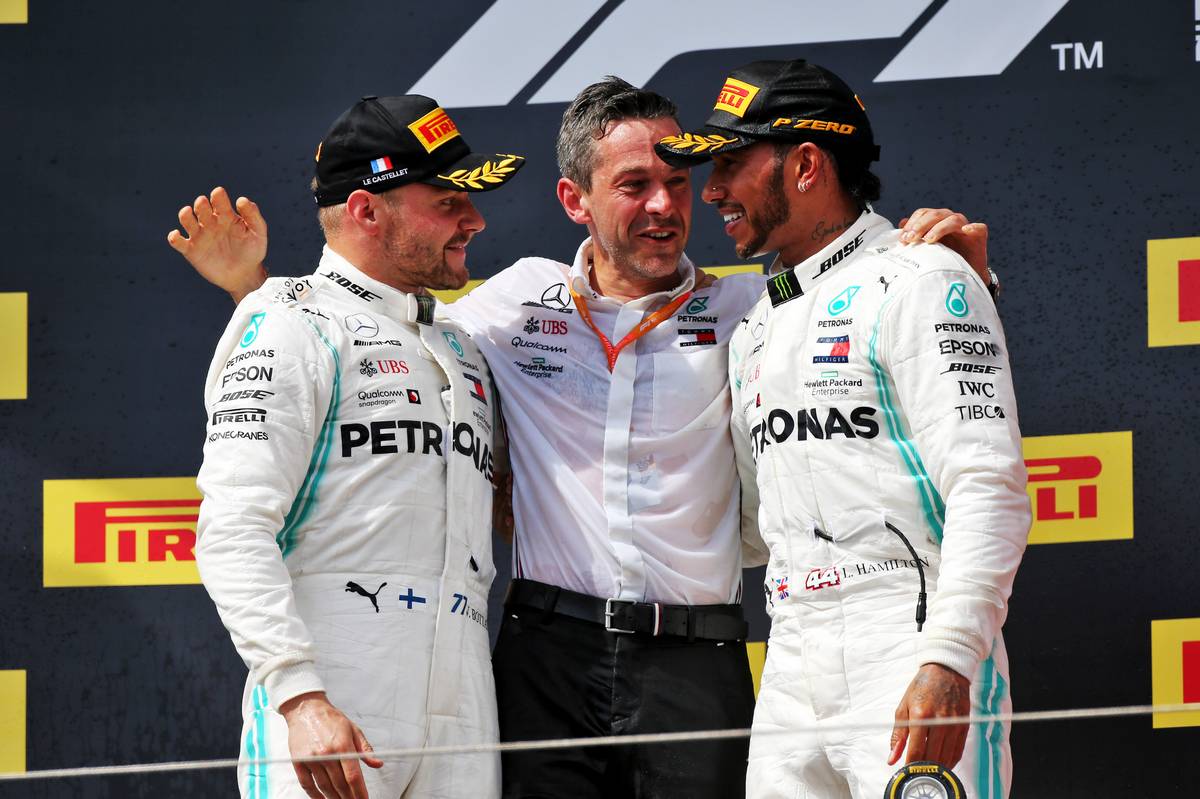 “We had a little misfire on Valtteri’s engine that caused a little bit of a headache,” Mercedes team principal Toto Wolff added.

"It set in pretty late. I think it was probably six or seven laps to the end. We tried to manage it, which was successful and was under control then.”

Overall, Leclerc's late challenge didn't appear to have been too big a worry for Bottas. In fact he was more worried by the convincing margin that his team mate Lewis Hamilton had pulled out during the race

"Lewis was very quick today; I was trying to keep up," he admitted after being unable to take the initiative when the lights went out. "The start was my best bet, but Lewis also had a good start, so the opportunity wasn't there.

"Ultimately, Lewis had the pace advantage today and kept the tyres in better shape," he acknowledged. "He was really strong and consistent.

"It's something for me to have a look at and learn."

But Bottas - who is still in a strong second place in the drivers championship behind Hamilton with 13 races remaining in the 2019 season - insisted that he was far from giving up hopes of claiming the title for himself.