Charles Leclerc came into this weekend insisting that the Red Bull Ring was his favourite circuit on the F1 calendar, having won here from pole in Formula 2 and GP3.

On Saturday, the Ferrari driver proved his point by taking an emphatic pole position for the Austrian Grand Prix, which will now be his second time starting at the front in Formula 1 since joining Ferrari over the winter.

“The car felt amazing actually,” Leclerc said after the end of qualifying. "From FP2 it was quite good and a big pleasure to drive this car on the limit.

"It just felt great, and I’m very happy to bring the pole position back home - but tomorrow we need to finish the job."

“Our main issue in the last few Grands Prix was the front, we didn’t have enough front [end],” he explained when asked what had made the difference today.

"This weekend it was quite a bit better. We tried different set-up philosophies and it seemed to be a bit better," he continued. “It doesn’t mean it will be a big step up for other races, but it seemed to work here.”

In previous qualifying sessions in 2019, Leclerc has lamented not keeping up with the way that the track has evolved during qualifying. That was certainly not the case this weekend.

"We changed the car a bit for the first lap in Q3," he revealed "I knew it would be a compromise for the first sector but it helped in the third sector, which is nice to see."

Unfortunately for Ferrari, Leclerc's team mate Sebastian Vettel suffered a technical failure with the engine pneumatic system on his SF90 during Q2 which prevented him from running in the final top ten pole shoot-out round.

Leclerc said that he hadn't been worried about the prospect of his own car suffering a similar failure during the session.

"They [the Ferrari engineers] didn't feel concern on my side. I don't know if they were, maybe they were behind the computers. But they weren't showing it to me." 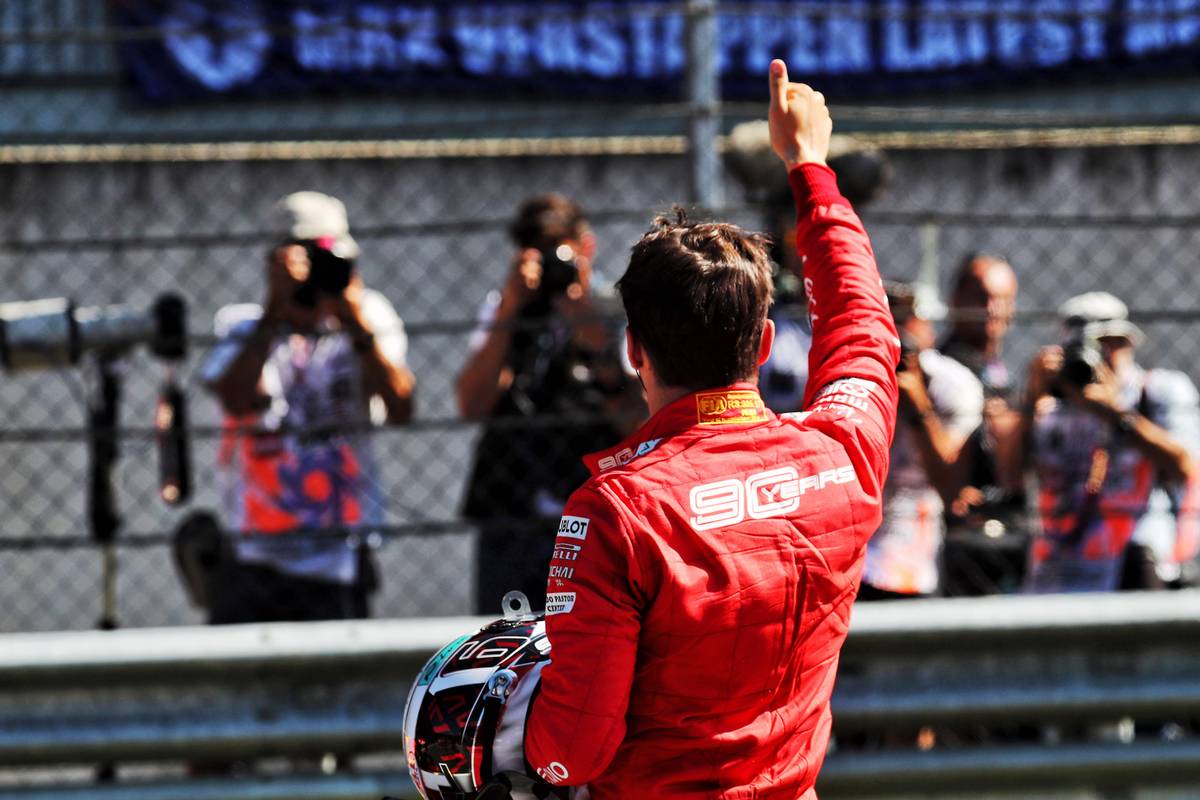 The last time that Ferrari was on pole in Austria was in 2003, when Michael Schumacher claimed the honours. He went on to win the race the following day, raising expectations that Leclerc will now do the same.

Leclerc will take his place on the the grid on soft tyres, while Max Verstappen, Valtteri Bottas and Lewis Hamilton all start on mediums. That gives Leclerc the initial advantage when it comes to pace, but might force him to pit early for tyre degradation.

"We’re pretty happy with our strategy," Leclerc insisted. "We did some analysis after FP2, like every team, and the soft looked pretty good.

"It’s different to Mercedes and Red Bull. Tomorrow will tell if it’s the right choice, but I’m happy with it," he said. "I'm looking forward to tomorrow to see how challenging Mercedes will be.

“We are pretty happy, we are quite competitive this weekend. The start is important and yes there’s a long straight after it but usually we are pretty good on straights.

"It's very tricky here. If I'm first at the first corner the slipstream is quite a big thing. So it will be about trying to keep them behind until turn 4.

"Hopefully we can keep our position on the first three corners," he added. "But the race pace itself looks promising."