Official F1 driver of the day Charles Leclerc said that Sunday's thrilling British Grand Prix was his favourite race of the 31 Grand Prix events that he's taken part in to date, thanks to his extended fight for position with Max Verstappen.

It was something of a reprise of their on-track duel in the Austrian Grand Prix in which Leclerc lost out on victory to a tough-but-fair move by the Red Bull driver during the final laps.

This time it was Leclerc who came out on top, and it's no surprise that he was feeling delighted with the outcome.

“It's probably the race I've enjoyed the most in my Formula 1 career," the Ferrari driver said after finishing on the podium at Silverstone. "Great to finish third, but today was very difficult.

"The first two stints we weren't where we wanted to be. And unfortunately, with the safety car we lost a bit of position which wasn't great for us."

Leclerc had a protracted fight for position in the opening laps with Verstappen which saw both drivers push to the absolute limit - and beyond - in a bid to gain the upper hand, a continuation of their duel in Austria.

"Extremely happy with the battle we had on the track," he said. “The last race [in Austria] was a bit of an eye opener for me, really showing how far we can go.

"I think it's great for Formula 1 to fight on the limit in that way, and I'm happy this race has gone like this.”

However, Verstappen felt that Leclerc might have been a little too aggressive in his moves at times, and suggested that he was carrying a grudge from that previous clash in Spielberg two weeks ago.

"I think he was a little bit sore still from Austria so he was defending really hard," Verstappen suggested. "But that’s fine, I’m all for that.

“I didn’t want to take many risks in those battles to damage the car, because I knew we were quite a bit faster so I just needed to pick my moment."

Verstappen nearly got the jump on Leclerc during their simultaneous pit stops but wasn't able to hold on to the position when that came back out on track. 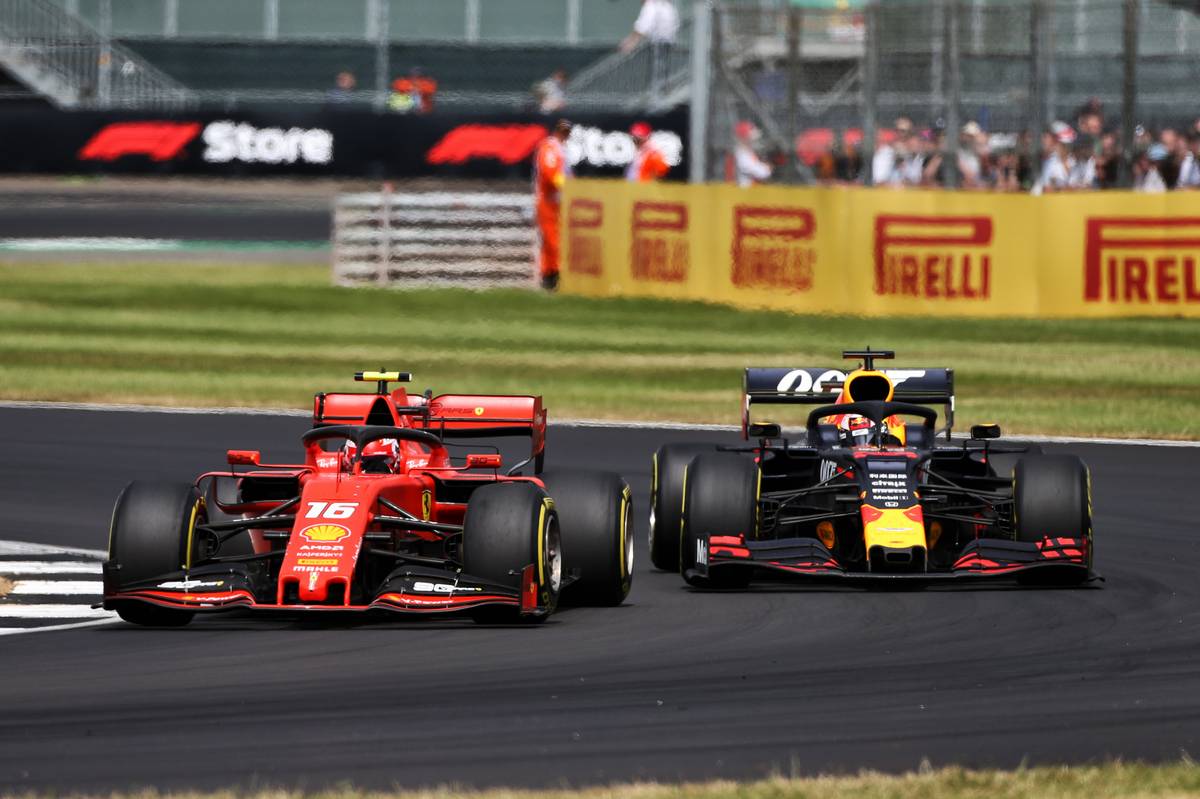 However Leclerc's decision to make a second pit stop under a safety car handed the advantage back to the Dutchman.

“Luckily the team did it for me with a good strategy and then it was looking all good for a good result," Verstappen said.

“We were clearly faster than Ferrari in the race,” he added. “Mercedes, I never really had clear laps, and I think Lewis was really quick. But in general I think we could have definitely finished second or third today.

Unfortunately Verstappen was hit by Leclerc's team mate Sebastian Vettel during the second half of the race and ended up finishing in fifth place.

“You know then that the race is lost for a podium," he admitted. "You try then to recover it which was anyway a bit of a surprise after the hit, smashing over that sausage kerb.

“The power steering more or less failed so it was quite a hard work out for me.

"The seat popped out so it was moving around a lot and the floor was quite badly damaged. The car was not what it should have been, but of course still happy to be fifth.”