Max Verstappen says that Red Bull should be setting its sights on overhauling Mercedes in upcoming races - but admits that the team still has a way to go before it can achieve that goal.

The Dutch driver said it was no longer enough to aim to beat Ferrari, if that meant being merely second-best.

“Second is always better than third, but we are here to win,” he pointed out. "That's our biggest challenge ahead: to try and close that gap [to Mercedes]."

The 21-year-old, who is the only non-Mercedes driver to win a race in 2019 after success in Austria last month, admitted that Red Bull is still someway behind their rivals: "Further than I would like," he acknowledged.

"We are getting closer," he continued. "It's not good enough, but we know that so we're working hard to try and close that.

"This year at the moment we are trying to get the most out of the engine as well and learn from what we did wrong in the beginning of the season," he said. "Or not as good compared to Mercedes and Ferrari.

"Hopefully next year we can fight for the wins all the time," he added.

So far, the Red Bull's competitiveness has been up and down compared to its rivals depending on the nature of the track in question.

“Sometimes we are running less downforce, sometimes a bit more," Verstappen explained. "It depends on how your car is balanced as well. High speed or low speed it depends, one track is high speed and the other is low speed. 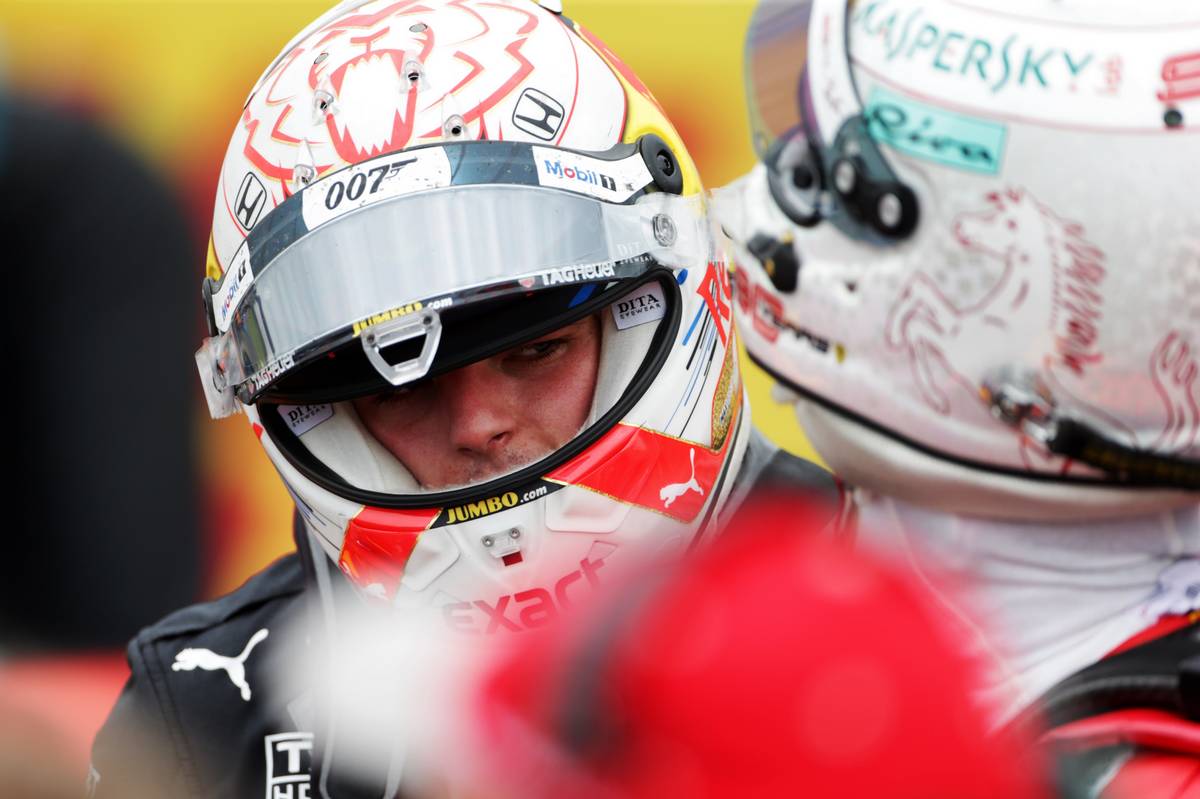 “At Silverstone we were running less downforce so automatically in the lower speed corners you lose a bit of grip.

"For example we were faster on the straights at Silverstone than [Mercedes], which is a bit odd but it seemed to work the best for us.”

"The grip has been stepping up for sure," he added.

Last time out, Verstappen lost a likely podium finish in the British Grand Prix after being rear-ended by Ferrari's Sebastian Vettel. However he insisted that there would be no bad feelings between himself and the four-time world champion this weekend.

"He said that he made a mistake to me after the race," he said. "Of course, I'm disappointed to not to have been on the podium, but what can I say? It happens."

Verstappen recalled a previous clash between the pair in 2018 where the blame had been the other way around.

"I made a mistake in China against him," he said. "Ie was quite calm about it at the time. It happens, unfortunately. It's racing as well - you prefer it not to happen, but it happens."

Hulkenberg expecting to stay at Renault in 2020