Nico Hulkenberg says that he expects to sign an extension to his current contract with Renault to keep him at Enstone in 2020.

"For me there is nothing set in stone but I think it is quite likely that I will remain with the team," he told the press in Hockenheim on Thursday.

The 31-year-old German driver has been with Renault since 2017, when he switched from Force India. This year he was joined in the driver line-up by former Red Bull driver Daniel Ricciardo on a two-year deal.

Although the two drivers have been putting in very comparable performances over the first ten races of the current season, the overall results haven't been as good as the factory team had ben hoping for

"I think it is fair to say that so far this season we cannot be entirely happy with what we have achieved," Hulkenberg conceded.

"To start with we had a lot of issues and missed out on results," he continued.

"But a little bit more disappointing is where we are in terms of pace and development rate. It is not really where we needed or wanted it to be.

"So behind expectations this year probably all in all," he admitted. "[Also] not entirely happy if you look across the three years. We cannot be entirely happy with everything that we have done."

However Hulkenberg still sees a lot of potential at Renault - enough to ensure that he wants to stay at the team given the opportunity.

"The outlook is still good, we still see light at the end of the tunnel," he said. "I do believe we can still catch up to some extent.

The team is currently 21 points behind McLaren in the constructors championship. Closing that gap is Hulkenberg's first objective, one that he feels is within reach. 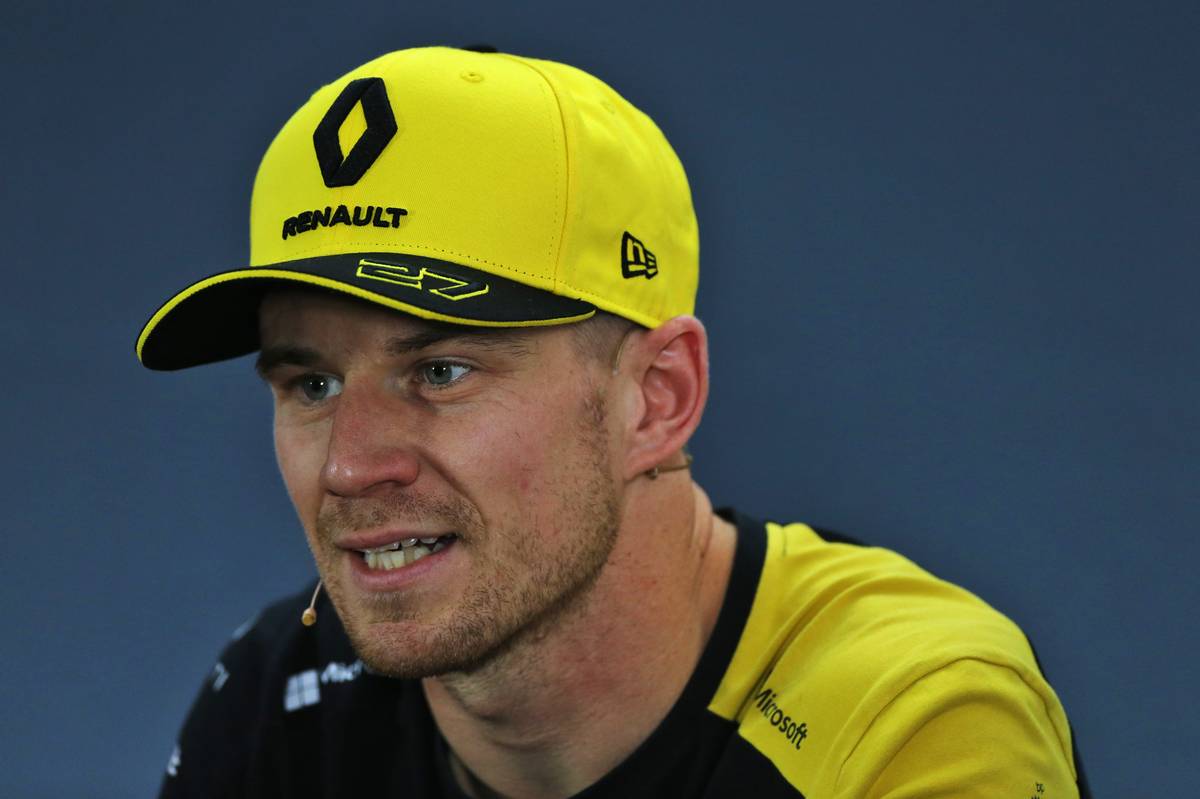 “It is 21 points, that’s a fact,” he agreed. “But I think we could be right up there with them if you add up all of the complications we had, all the missed results and problems.

“We should be there or thereabouts. But for sure, McLaren look very strong at the moment and are probably one of our main competitors that we will probably be battling with from here till the end.”

If the team does decide to retain Hulkenberg alongside Ricciardo then it will be a blow for Esteban Ocon, who has been hoping for an opening at the team as one possibility to return him to the grid next season.

Ocon lost his seat at the former Force India squad to Lance Stroll. Despite being backed by Mercedes, there were no openings on the grid to keep him in F1 this season.

Mercedes boss Toto Wolff has said that he hopes to find a solution for Ocon next season.