We've been hoping to see a full-on head-to-head confrontation between the current two best drivers in F1 for a long time, and on Sunday we got it as Lewis Hamilton and Max Verstappen slugged it out for supremacy at the Hungaroring in a thrilling street fight. Which of them came out on top in our ratings - and how did the other drivers compare? 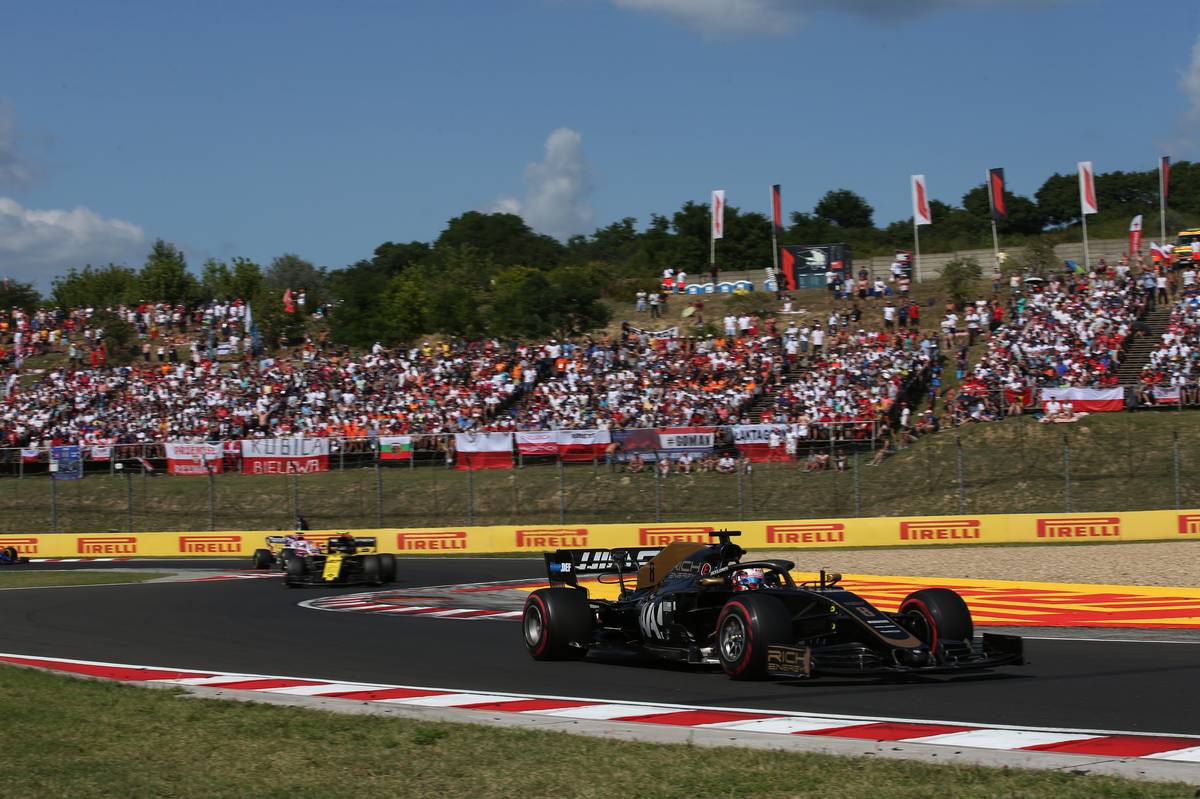 Romain Grosjean (Retired, Lap 49): 7.5/10
Still persisting with his strange decision to revert to the original Melbourne-spec Haas VF-19 aero package, Romain Grosjean continued to prove his point by out-qualifying his team mate on Saturday, despite Kevin Magnussen having the latest iteration of components. Up to then the pair had generally been very closely matched throughout practice, but it was Grosjean who impressively made it through to the final pole shoot-out round and secured a flattering ninth place on the grid for the race. He maintained a top ten spot for the opening stint (admittedly by holding up everyone behind and not letting them pass) but then lost ground during the first round of pit stops, and struggled badly on the new set of hard tyres he'd been given when he complained of a lack of grip - the worst thing you can suffer on a tight and twisty track like the Hungaroring. Even after going a lap down disappointingly early in the race, he still had the satisfaction of passing Magnussen for position before water pressure issues on the R.S.19 forced him out of the race as the day's sole retirement.