Alexander Albon will start his first race for Red Bull from the back row of the grid - no matter how well he does in Saturday's qualifying session.

That's because the engine in Albon's newly acquired company car will be upgraded to the latest specification of Honda power unit.

“We are introducing the Spec 4 version of our PU at this event,” Honda technical director Toyoharu Tanabe confirmed.

“As usual, we have focused on improving both reliability and performance, in the hope of achieving even better results with both teams in this part of the season."

As Honda has already gone through the maximum allowed number of component changes on the RB15, the new engine means that Albon will be required to start this weekend's Belgian Grand Prix from the back row.

Albon's former team mate at the sister Toro Rosso team, Daniil Kvyat, will also get the upgrade - meaning he will join him on the back row.

However Albon's new team mate Max Verstappen will not receive the upgrade. And neither will Pierre Gasly, the driver that Albon replaced at Red Bull who now returns to Toro Rosso in a straight like-for-like trade.

“Our plan is that only Albon and Kvyat will run it at Spa for strategic reasons, looking at the rest of the season as a whole," explained Tanabe.

"The driver swap between Albon and Gasly has no effect on how we operate at the race, and we continue to do our best to support all four of our drivers.

"As per the sporting regulations, Albon now takes on what was Gasly's power-unit usage in terms of all the components that make up the power unit, and vice versa."

Depending on how the new power unit performs at the power-hungry Spa-Francorchamps circuit, it's expected to be rolled out to Verstappen and Gasly the following weekend at Monza. 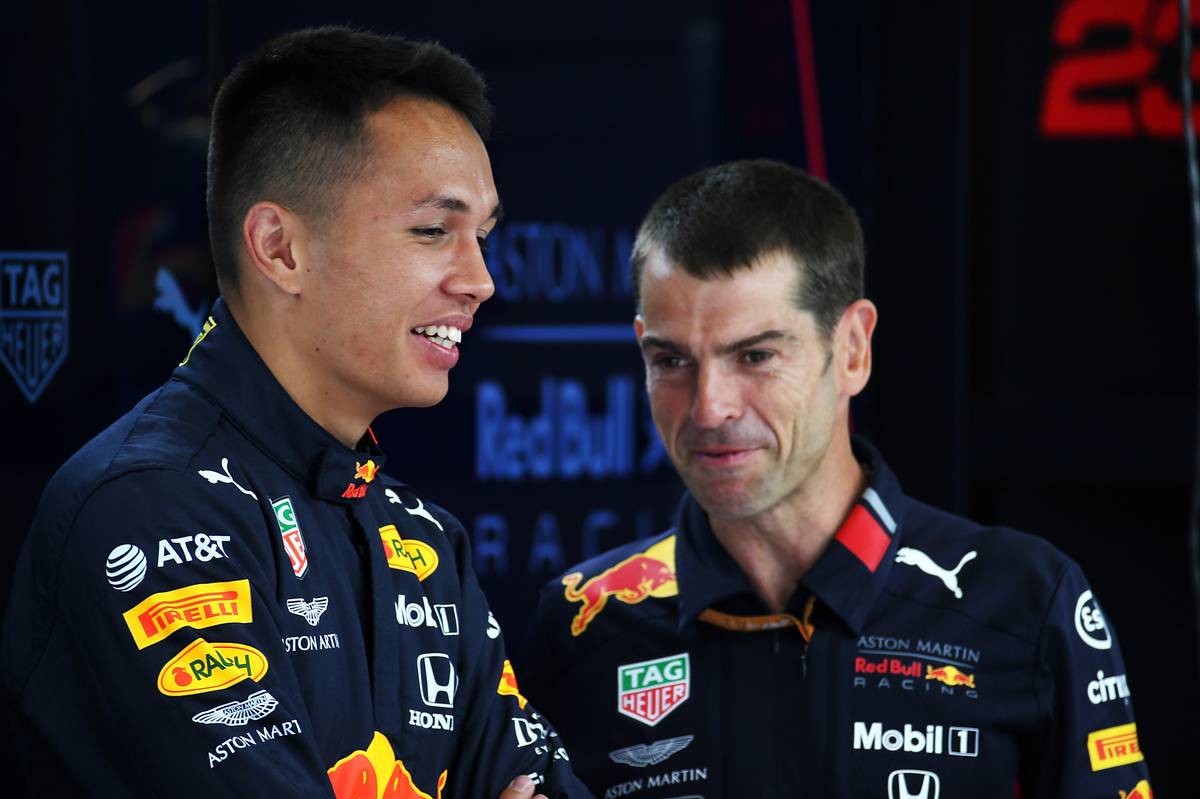 It means that Honda avoids having all four of its drivers demoted ot the back row in the same race.

Knowing that he's starting at the back on Sunday actually helps take some of the immediate pressure off, Albon who will probably now effectively sit out Saturday's qualifying session.

"I still would have liked to have given it a go, and see how I could have done in qualifying and try and start further up than I will be."

Albon admitted on Thursday that he was feeling nervous ahead of his big break at Red Bull, after taking part in just 12 Grand Prix events at Toro Rosso before his promotion.

"It's a 10 for excitement, but the number for nerves is quite high as well!" he said.

Teams 'agree to reduction in testing' in 2020