An engine failure in qualifying forced a back-of-the-grid start for Perez from where he survived a light punt up the rear from Red Bull's Max Verstappen at the first chicane on the opening lap.

The Mexican's progress in the opening stages of the race was nevertheless impressive as he positioned himself P11 after just five laps before making further progress thereafter.

A well-timed pitstop during the race's first VSC set up Perez nicely for the second half of the afternoon, although a fast-moving Verstappen was lurking.

"The last 15-20 laps were very, very tricky and we pushed from there to the end," he said, referring to Verstappen's incessant pressure.

"It was very difficult, he was very quick. He closed down to me extremely quick, but luckily I didn't lose any time with Giovinazzi when I overtook him everything worked out for us." 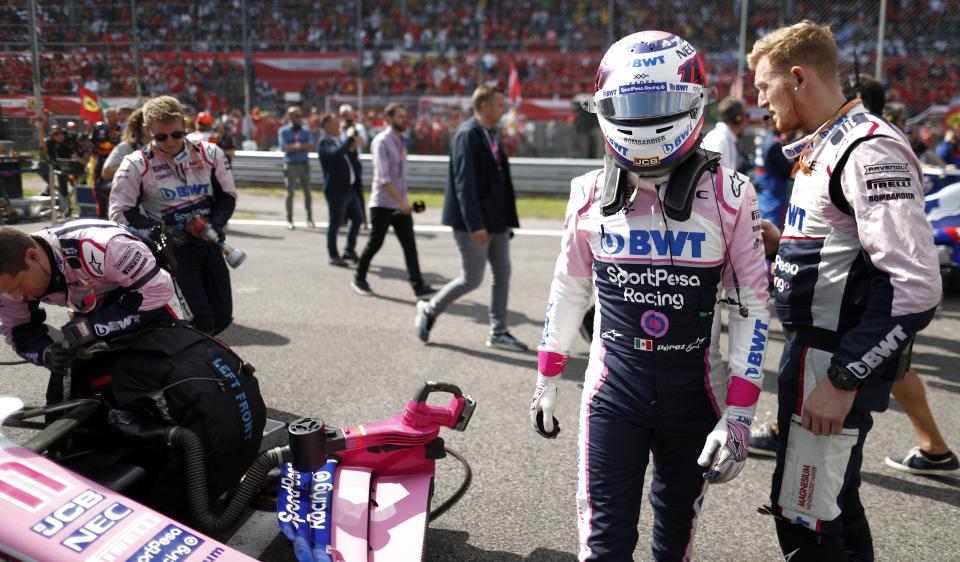 Overall, the 29-year-old was happy with his Sunday which delivered more than he expected.

"It was a great recovery from what has been a difficult weekend in the lead up to the race, especially with the problems in qualifying.

"I think everything worked out for us in the end thanks to a strong strategy from the team and some good timing with the Virtual Safety Car.

"Hopefully, that will put us back into contention to keep scoring regular points from now until the end of the year."

Verstappen caught out by drivers 'standing still' at first chicane