Red Bull's Max Verstappen says his contact with Sergio Perez shortly after the start was the result of his nearby rivals virtually grinding to a halt at the first chicane.

Verstappen launched his Italian Grand Prix from the back row of the grid and proceeded with caution as the field barreled down into the first chicane.

However, a light contact with Racing Point's Perez on the entry to Turn 1 damaged the Dutchman's front wing, forcing the Red Bull into an early pit stop.

"It was not even late braking, just following, following..." said Verstappen, quoted by Motorsport.com.

"Suddenly everything almost stood still. I tried to avoid it but I still clipped Sergio, I think, on the rear wheel and I think the front wing was a bit down so we boxed."

Verstappen rejoined the race with the bit between his teeth and gradually moved up the order to finish eighth, just behind… Perez.

"We had good pace," he added. "I got through quite a lot of cars, but then I got stuck behind Sergio.

"They had such a high top speed, I had no chance to get by.

"Then I was unlucky again with the virtual safety car, two or three cars overtook me in the pitstop because of that.

"The whole race everything was just against us and it just didn't work out.

"Sometimes starting at the back, it works out brilliantly, like in Austin last year, but you can't expect it to be like that all the time of course." 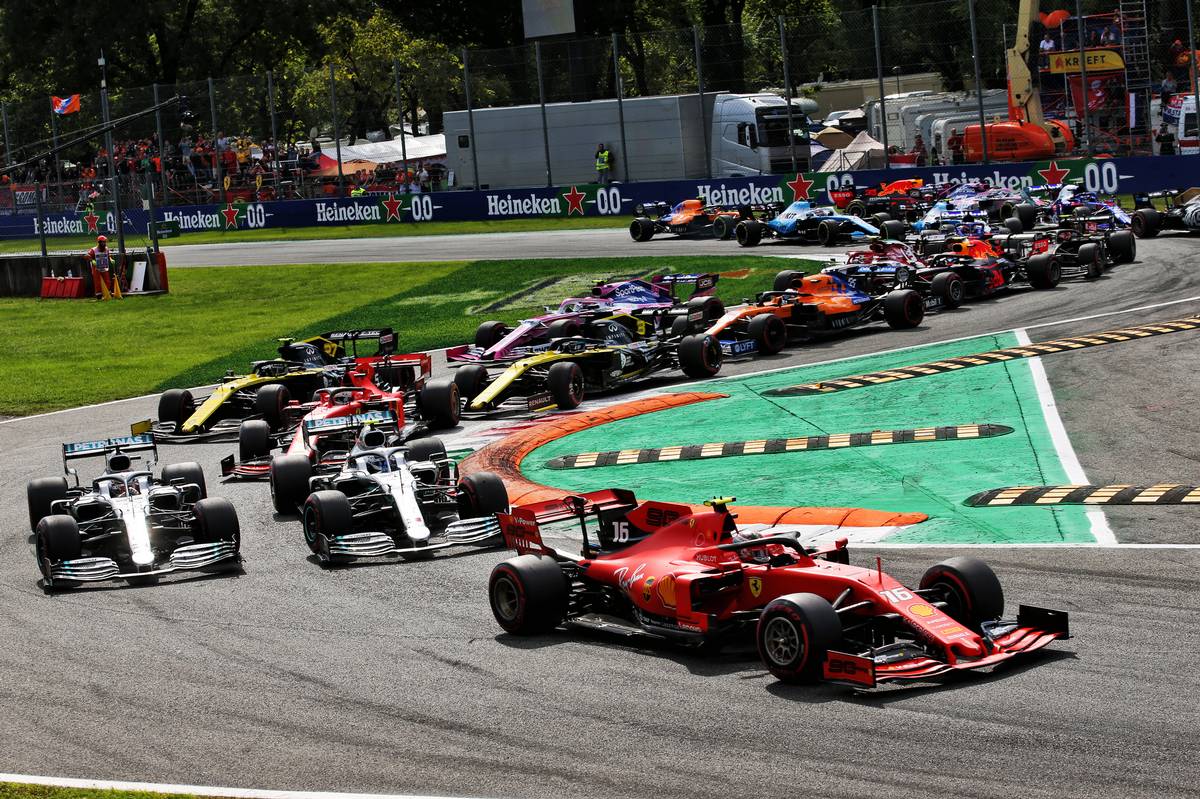 Verstappen believes a normal starting position would have allowed him to enjoy a good scrap with the front-runners. But ultimately, his race was about surviving and damage limitation.

"I could go with the guys in front. I could see them on the screen and I was following my progression," he said.

"I knew their lap times and I was not losing out. Of course when I got in traffic I lost time, but all the time when I was in free air they were not faster.

"So that's of course very promising on a track where you're normally not that competitive.

"Today was about surviving and trying to score a few points.

"We did that, but I'm now really looking forward to starting at the front again in Singapore because we've had our penalties and hopefully also our trouble and now we can just focus on performance."