McLaren driver Lando Norris didn't hold back when invited to rate his own performance in today's qualifying session for the 2019 Singapore Grand Prix.

In just his first appearance at the Marina Bay Street Circuit, the teenage rookie had succeeded in joining his team mate Carlos Sainz in the final top ten pole shootout round.

But the wheels came off his campaign in Q3 and he didn't hesitate the point the finger at the person responsible - himself!

"It was a good feeling I had: Q1 went well, Q2 very well," he told Sky Sports F1 afterwards. "I was happy, confident. We didn't change anything in the car, really.

"[But in Q3] I went out for my final run and I didn't get the warm-up I wanted to do with these tyres. Maybe I was a bit close to the car ahead.

"I didn't have the confidence because of these two factors to push and be on the limit as much as I had been in Q2.

"Then I had some brain fades in the middle [sector]," he continued. "Wrong gears and so on. It went wrong, very wrong.

"I lost time trying to make up for it, because I'm an idiot - and I just lost out even more." he added. "Just silly mistakes.

"Halfway around the lap I was even with my Q2 lap then I made one mistake - quite a big mistake, the wrong gear in the hairpin, just didn't downshift as many gears as I should have done.

"So I lost the rear and had a bad exit [and] wheelspin," he added. "I tried to make up for it [but] had a bit too much temperature in the rears, and then it was just a spiralling effect all the way to the end. 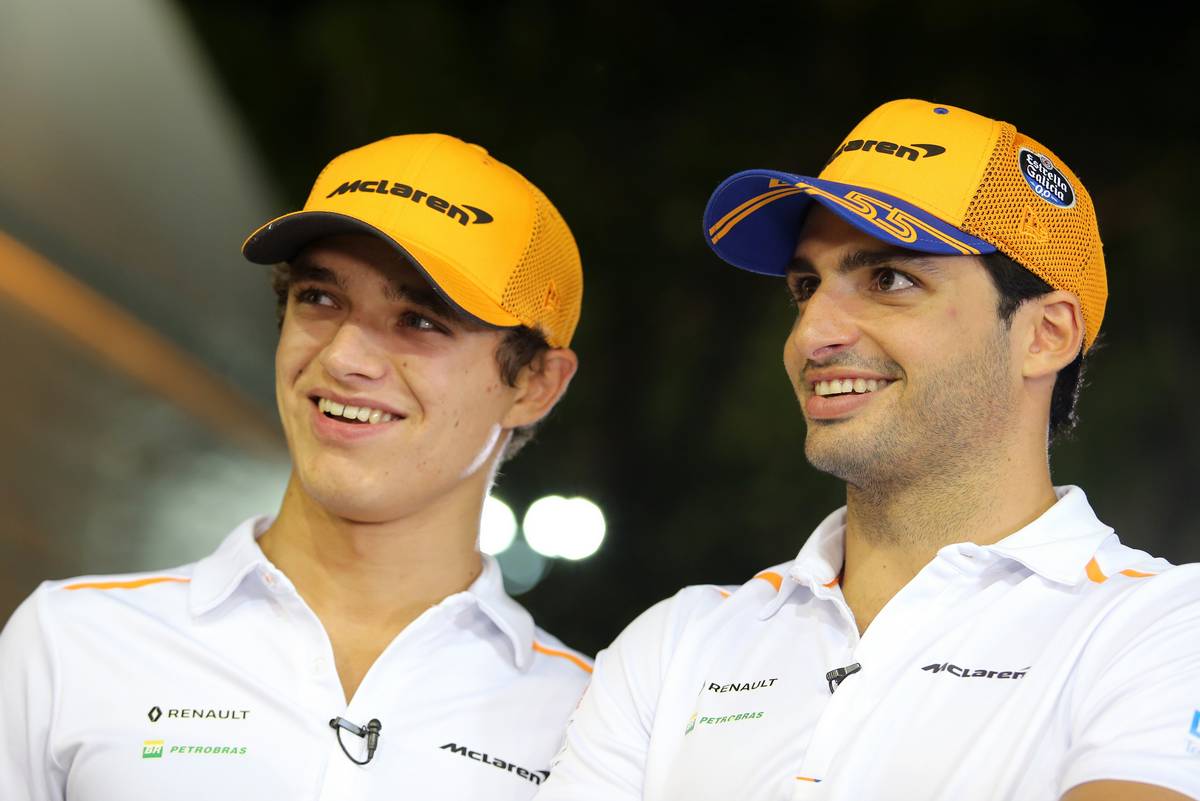 "I have never done that before ... it makes my life a bit harder," he sighed, before turning to the brighter side of his qualifying performance.

"As much as it was an awful lap, the lap in Q2 was nice. So the confidence is there to know that I can do it. I just didn't do it when I wanted to."

Norris will start tomorrow's race from tenth place. His team mate did somewhat better and will start from seventh place ahead of the two Renaults of Daniel Ricciardo and Nico Hulkenberg.

"P7 was the best position possible out there and it’s a good spot from which to fight tomorrow," he said. "We lost a couple of tenths there but it didn’t affect the outcome.

"It’s been a very positive day for us," he added, pointing out that the MCL34 had been predicted to struggle much more than it had today in Singapore.

"We showed good pace on a low-speed track, which we know has been one of our weaknesses. The rear-end and the car in general has been behaving well the whole weekend.

"We managed to put together a very good lap in Q3, despite an engine misfire at the end of sector 3," he added.

Vettel says he 'peaked too early' in Singapore qualifying