Charles Leclerc pulled off an unexpected but utterly convincing final push lap to take his third consecutive pole position in 2019.

The Ferrari driver was just able to find the time he needed to see off a late threat from Lewis Hamilton. The Mercedes driver was instead forced to settle for second place on the grid for tomorrow's Singapore Grand Prix.

Sebastian Vettel had looked poised for pole until late in the session. He will start from third alongside Red Bull's Max Verstappen, who had bounced back after a lacklustre final practice.

Valtteri Bottas had to settle for fifth place, and will line up alongside Alexander Albon on Sunday. 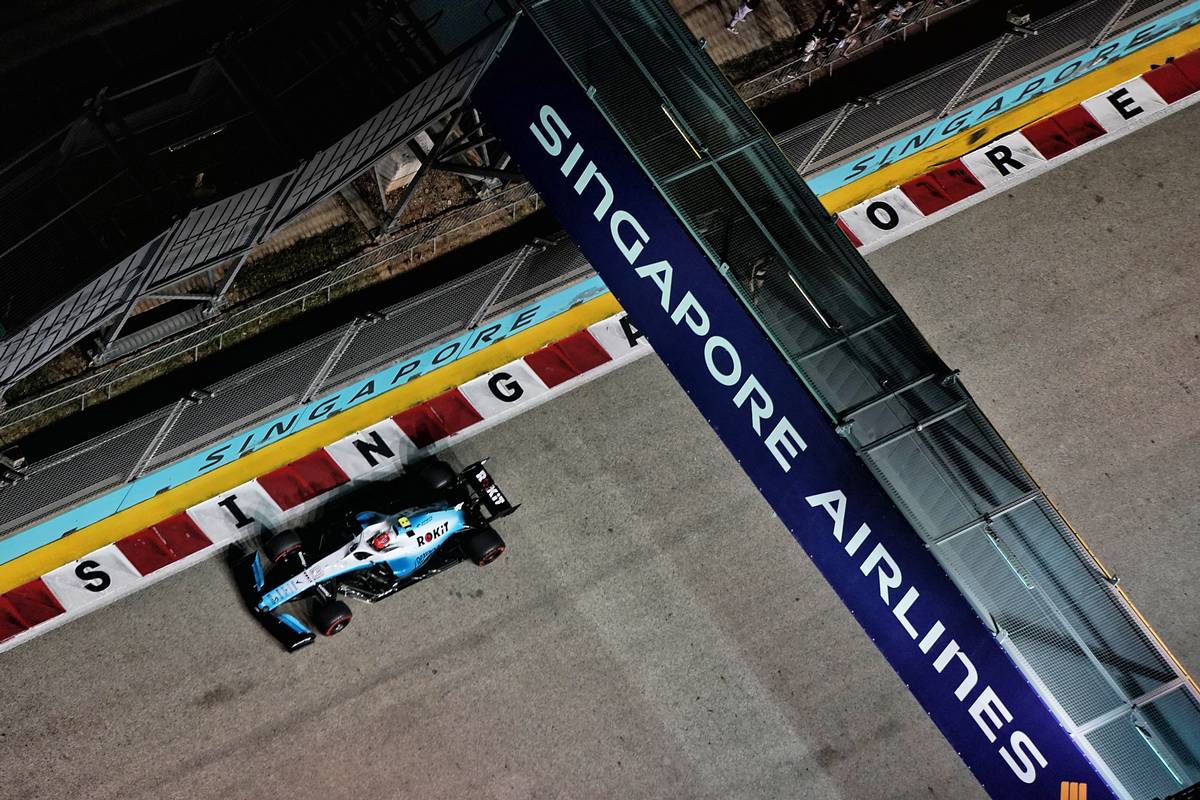 Q1: Mercedes switch to softs to spring ahead of Ferrari

The sun had set and the evening had finally begun to cool off, but the Marina Bay Street Circuit was sparkling under the spotlights and the competition as hot as ever when the teams set to work, in one of the most crucial qualifying sessions of the year with the polesitter having been triumphant in eight of the eleven races held here in the past.

After a short pause when the lights went green, Williams's Robert Kubica was first out on track followed by Alfa Romeo's Kimi Raikkonen. Sergio Perez was also among the early runners after the Racing Point mechanics were able to complete repairs to his car following his FP3 mishap.

Soon the front runners joined the fray, and Charles Leclerc picked up where he had left off in the earlier session to put the Ferrari top with a 1.38.014s on soft tyres, just over half a second quicker than Red Bull's Max Verstappen. Mercedes opted to make their first runs on medium tyres, Valtteri Bottas slotting into third ahead of Lewis Hamilton with McLaren's Carlos Sainz pipping Sebastian Vettel, Pierre Gasly and Alexander Albon to fifth place. Vettel's second push lap saw him shoot up to second place, albeit still 0.360s off his team mate's best.

The last drivers to set times were Renault's Daniel Ricciardo and Nico Hulkenberg. When they finally did appear on the timing screens it was in tenth and 11th place respectively. It pushed Raikkonen into the drop zone along with Haas pair Romain Grosjean and Kevin Magnussen, together with George Russell and his team mate Kubica.

With track conditions evolving rapidly as the evening cooled, only Ferrari and Red Bull were content to stay in the garage. Elsewhere even the Silver Arrows were back out for another run, this time on soft tyres. Bottas and Hamilton duly knocked the Ferrari pair off the top, with the Finn clocking in with a 1:37.317s which was almost seven tenths faster than Leclerc's previous benchmark.

The main focus was on whether any of the bottom five could find some extra pace. Magnussen wrung the neck of his VF-19 to scramble to safety, with Raikkonen then just pipping him for 13th. The final man to improve was Perez who had been pushed into the elimination zone; the net effect was to eliminate Toro Rosso's Daniil Kvyat and Perez' team mate Lance Stroll. Grosjean was unable to find the crucial extra tenths after glancing the wall, meaning that he also failed to progress to Q2 along with Russell and Kubica. 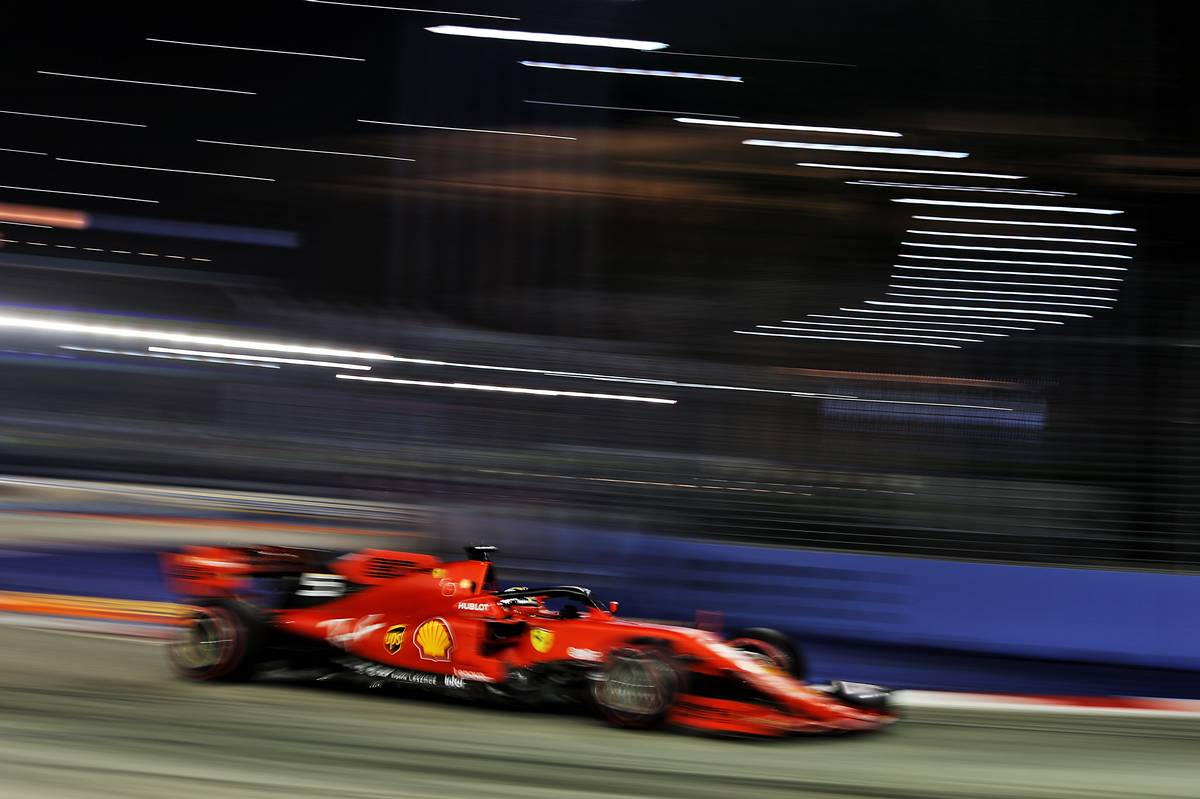 Q2: Ferrari take back control at the top

After the preamble of Q1 it was now time for one of the most important strategic moments of the session with regard to tyre selection, the top ten being required to start tomorrow's race on the same compound as they set their best Q2 time.

Mercedes were quick to take to the track sporting the soft tyres, the rest of the field not long in joining them on track and on the same compound. Hamilton went fastest with a 1:37.061s despite nearly cutting it a little too fine with the wall at one point; he was knocked off the top by Leclerc going 0.131s quicker. Vettel wasn't able to match that pace and slotted into fourth place ahead of the two McLarens of Lando Norris and Carlos Sainz.

Max Verstappen's flying lap was able to divide the two Silver Arrows for third place, with Albon similarly splitting the two McLarens for seventh. Rounding out the top ten were the two Renault of Ricciardo and Hulkenberg, leaving Antonio Giovinazzi on the wrong side of the drop zone. However there was bad news for his team mate Raikkonen who gave the wall a proper clout on his push lap leaving him well short of the time needed to make it into Q3.

Everyone - even the wayward Iceman - had time for one more run. Vettel found significantly more time to briefly go top, only to then be immediately pipped by Leclerc going seven hundredths quicker still. It was enough to put the Ferrari pair at the top, Hamilton making a minor improvement but staying in third ahead of Verstappen, Bottas, Norris, Albon, Sainz, Ricciardo and Hulkenberg.

Perez was able to make a late improvement, but he still nonetheless narrowly failed to overhaul Hulkenberg. It meant that the Racing Point driver joined Giovinazzi, Gasly, Raikkonen and Magnussen on the sidelines for the final top-ten shootout round. 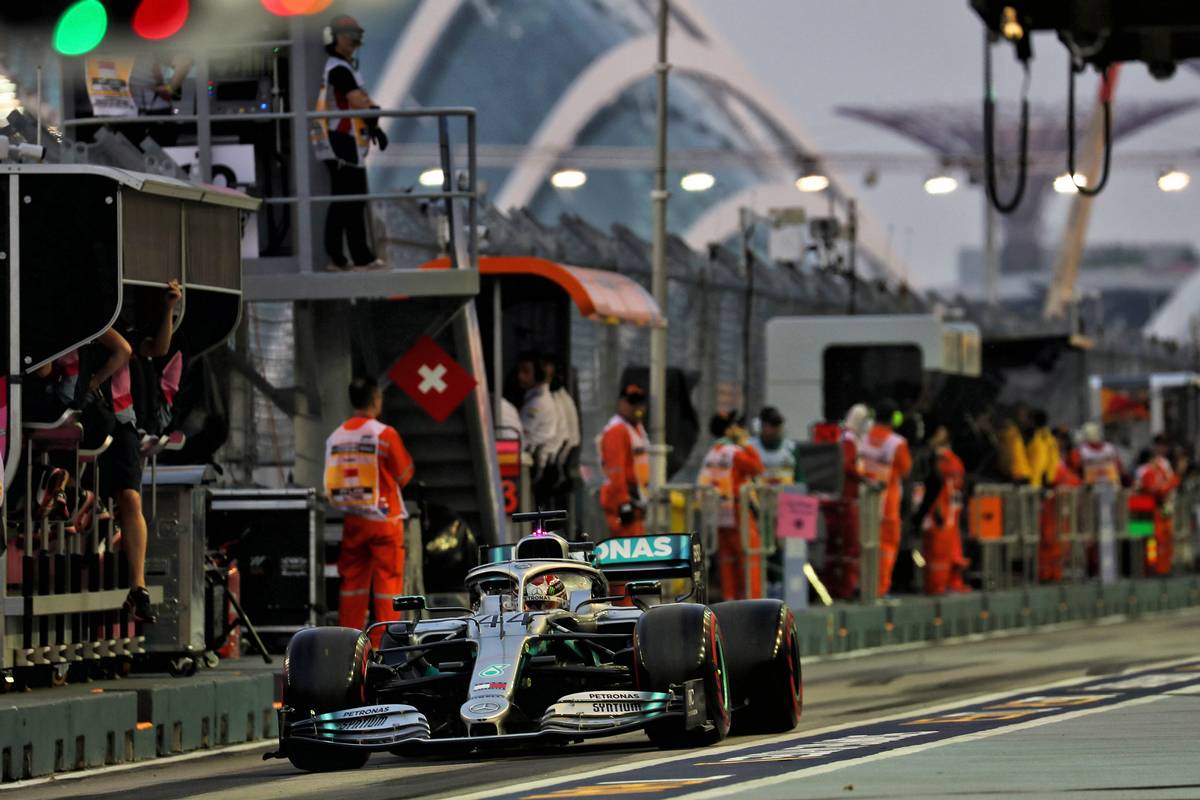 Everyone was straight out on track, leading to inevitable congestion on the track with both Hamilton and Bottas among those struggling with traffic. There were no such problems for Vettel who was leading the way, allowing him to punch in an opening effort of 1:36.437s which was a startling full second quicker than the two Silver Arrows who were looking uncharacteristically scruffy.

Leclerc was closer but still 0.354s, and Verstappen finally found some extra speed to go third just 0.026s further back. His junior team mate Albon was a second slower in sixth, still good enough to put him ahead of Sainz, Norris, Ricciardo and Hulkenberg after the first runs were completed.

Now it all came down to one final run, with Vettel once again going early while the two Mercedes held back to be last on track. The four-time world champion failed to find more time and he made critical errors forcing the issue, so he backed off without improving his time.

Instead, the glory went to Leclerc who somehow found an extra two tenths to go top with a time of 1:36.217s. Hamilton was also faster but not a match for the youngster, ultimately slipping into second place at the line bumping Vettel to third alongside Verstappen in fourth. However Bottas wasn't able to improve and found himself pushed down to fifth place alongside Albon. 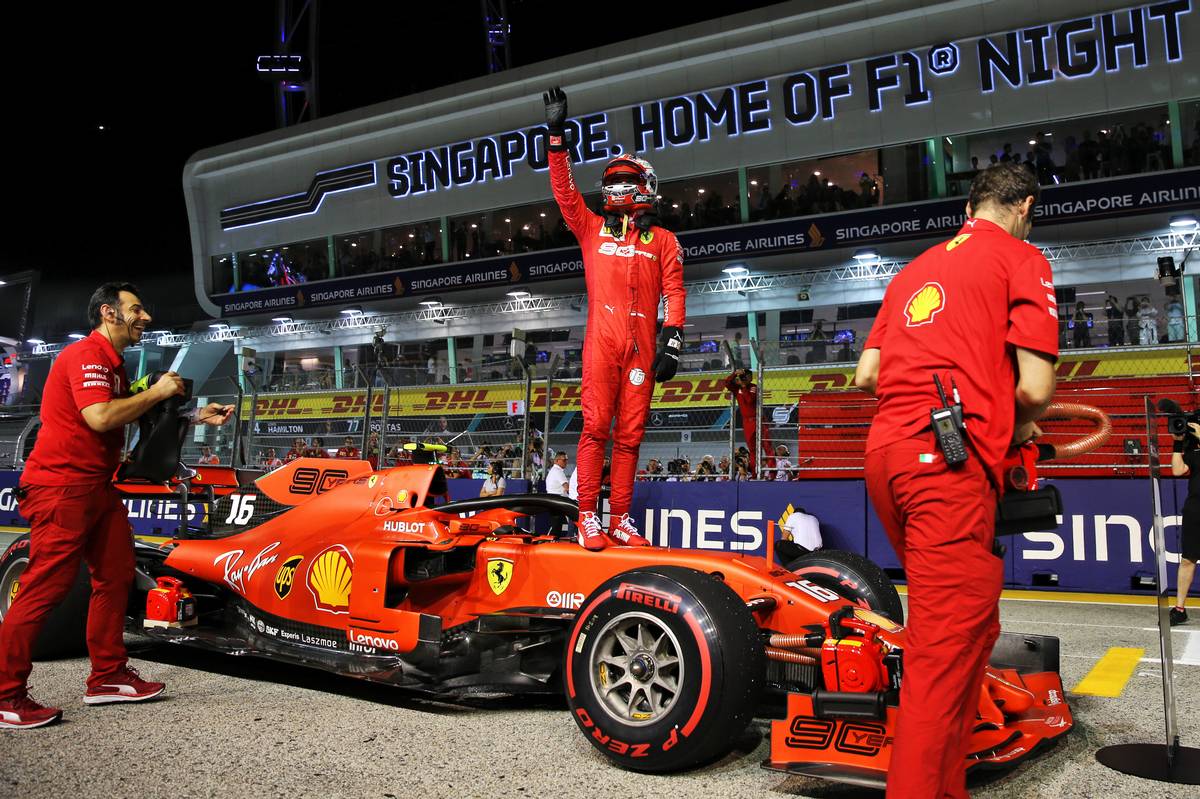