Daniel Ricciardo's starting position of eighth place for tomorrow's Singapore Grand Prix is under threat, after he was referred to the race stewards following the end of qualifying.

FIA technical delegate Jo Bauer confirmed in a post-session bulletin that a breach had been found with Ricciardo's car.

His Renault R.S.19 is reported to have "exceeded the MGU-K power limit of 120kW".

If confirmed, that would be breach of Article 5.2.2 of the 2019 Formula 1 Technical Regulations together with the Energy Flow Diagram shown in Appendix 3.

"I am referring this matter to the stewards for their consideration," Bauer states in conclusion in the bulletin.

Ricciardo and a team representative are due to meet with the race stewards to discuss the matter at just past 1am local time, or 6:10pm BST. It's unknown what the issue could be with the MGU-K behind the reported breach.

If the car is deemed not to meet the technical regulations then Ricciardo risks being excluded from the results of qualifying. While it's likely that he would still be allowed to take part in Sunday's race, he would then do so from the back of the grid.

It's an unfortunate end to the day for Renault, which had earlier confirmed that the team's strong performance last time out in Monza had been no one-off fluke. Ricciardo took fourth place at Monza with his team mate Nico Hulkenberg finishing one place further back. 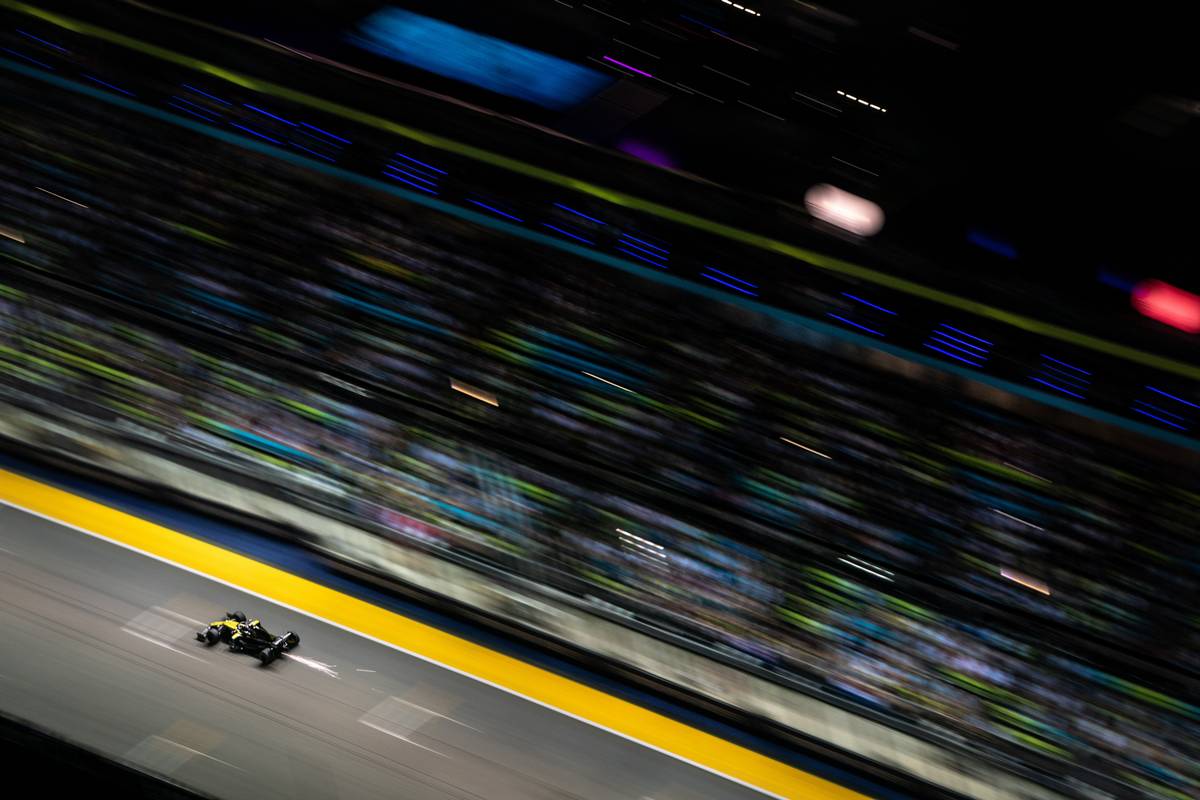 Today, the pair finished qualifying at Marina Bay Street Circuit in the top ten once again with both cars successfully making it into the final top ten pole shootout round.

"Our intention was to get into Q3, so to achieve that with both cars is good," Ricciardo said earlier in the evening.

"I’m not disappointed, it was a good effort and we’ve recovered well throughout the weekend. I’m content with eighth and there’s plenty to play for there.

"We have to focus on the race now. We’ll see what happens and get along with our business. The race is the toughest of the year, but I enjoy the challenge.”

That challenge will get even tougher is he does indeed have to start from the back of the grid. Rather like Monaco, Singapore's street circuit is very much the sort of track where it is almost impossible to pass other cars during the race.

It'll be an anxious wait for Ricciardo and for the team as they wait to hear the outcome of tonight's meeting with the stewards. And possibly an even longer day in the cockpit on Sunday if the verdict goes against them.