Charles Leclerc was putting on a calm and diplomatic front after coming second in the Singapore Grand Prix, but he was clearly unhappy with the Ferrari strategy that had cost him a chance of a hat-trick of victories.

Leclerc started on pole and led for the first 19 laps of the race, but when he came back on track following his pit stop he found himself behind his team mate Sebastian Vettel, who had already made his own stop a few laps earlier.

"What the hell?" said a startled Leclerc over the team radio, asking for an explanation as to how the tables had been turned.

"To be completely honest with you, I don’t understand the undercut," he told the Ferrari pit wall. "My head is down and it will be down until the race [is over]. I just want to let you know my feelings.

Asked later what sort of explanation he was seeking from the team, Leclerc said that he wanted to know that the decision had been for the good of the team and not for the benefit of one driver over another.

"I obviously didn't expect Seb to pass me," he continued. "It was frustrating in the car, but I also understand that if the decision has been taken it's for sure the good of the team.

"You don't see the full situation as a driver, you only see your situation so it's very difficult to know who has pitted behind. I wasn't aware that Seb had pitted. Obviously for me I couldn't have asked for anything more than I did.

"The strategy was fixed at the beginning of the race. I stuck to the plan," he insisted. "We had to slow down as much as we could for the pit window not to open for the others, and then started to push.

"I don't know if I could have stopped earlier," he added. "I didn't expect the undercut but sometimes it goes that way. 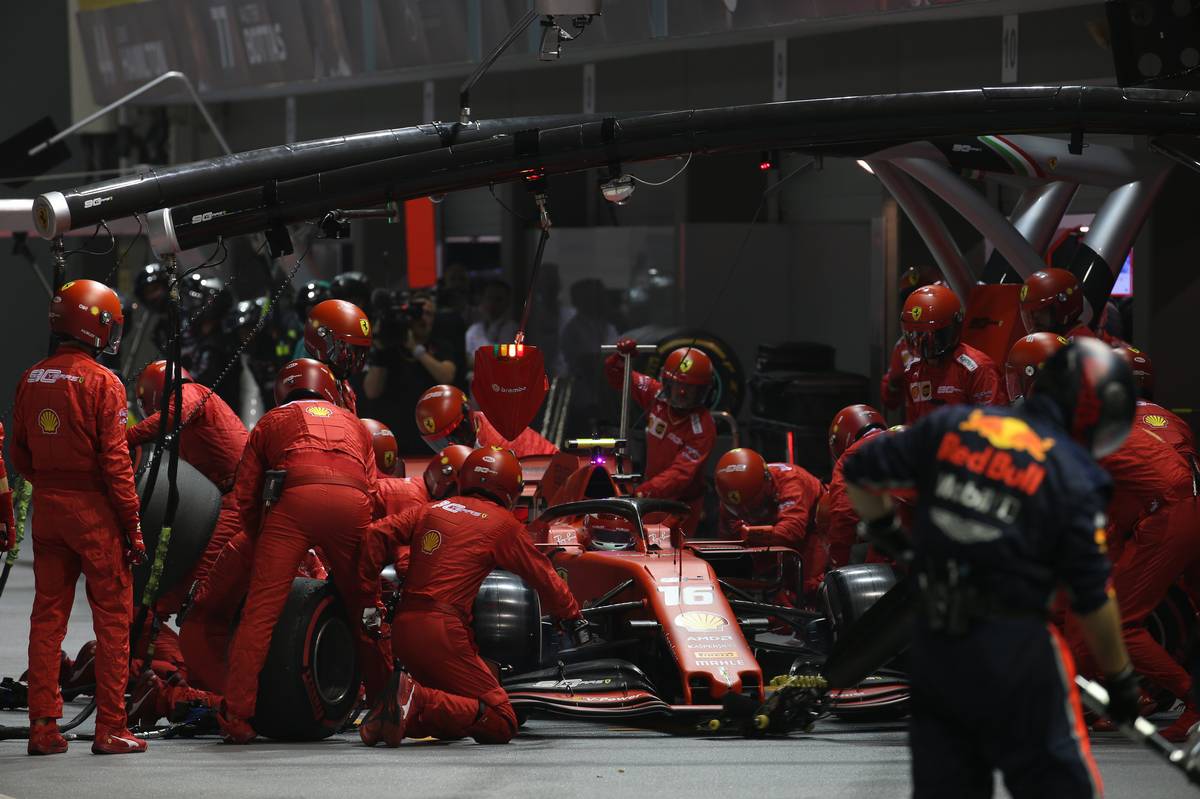 "I'm pretty sure it was not possible, otherwise I would have done that because you normally never undercut one car with the other in the same team. I'm pretty sure that's the case, I just need the confirmation."

After the race when he spoke to David Coulthard in parc fermé, Leclerc admitted that losing the win today had been a blow after his back-to-back wins in Spa and Monza.

"Obviously it is always difficult to lose a win like that," he said. "I am disappointed on my side, as anyone would be. Sometimes it goes that way, and I will come back stronger.

"This was the strategy, the strategy was fixed at the beginning of the race. I stuck to the plan," he insisted. "We had to slow down as much as we could for the pit window not to open for the others, and then started to push."

Despite the run of three wins for Ferrari, Leclerc was cautious about whether or not the recent package of upgrades for the SF90 had cured the team's problems once and for all.

Hamilton: 'We need to stop dragging our feet!'

Verstappen happy to finish on podium in Singapore