Lewis Hamilton says Mercedes must stop dragging its feet and step up its efforts to counter Ferrari's three-race winning streak.

Both Hamilton and teammate Valtteri Bottas endured a long first stint as their team prioritized tyre wear in order to rely on fresher rubber for the final stage of the 61-lap event.

But a long run on Pirelli's soft compound only set back Hamilton further as tyre performance dropped off and he lost time relative to the Vettel-Leclerc-Verstappen trio which had switched to the hard rubber seven laps earlier than the Mercedes driver.

Hamilton revealed that he had suggested an undercut strategy in Mercedes' morning race brief. In hindsight, he believed that call would have been right, insisting Mercedes had missed an easy win.

"I knew that we should have undercut," he told Sky F1. "I kind of knew it this morning as well in the brief, I was like ‘let’s just take the risk’, but they didn't.

"We lose together as a team, we all take this on our chin. It's painful for us I think, because we clearly could have easily won today." 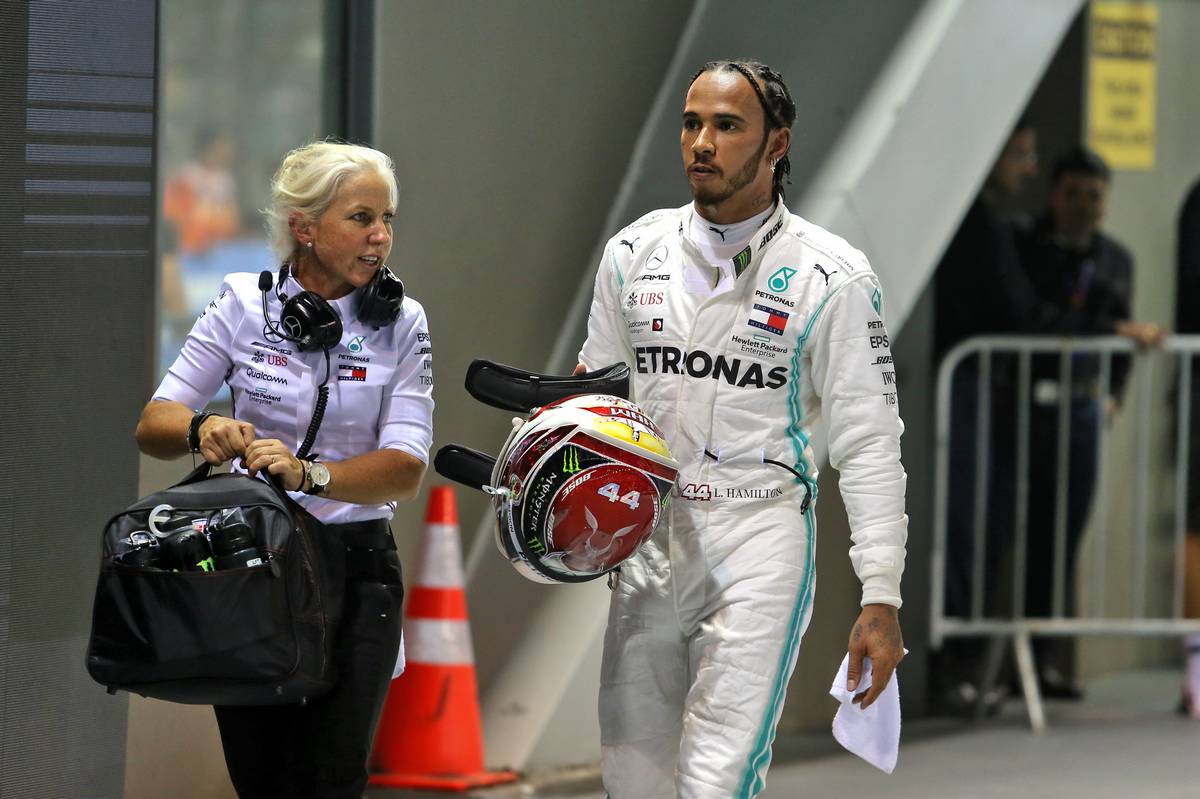 Asked what Mercedes was now required to do to hang on to its still comfortable lead in both championships, Hamilton offered a very direct response.

"It feels like they're [Ferrari] hungrier at the moment, so we've got to step it up," he said.

"We've got the ability, we've got the team. We're still the best team, we've just got to stop dragging our feet and get on.

"We'll debrief, or re-huddle, back in the scrum and come fighting in the next race."