While Ferrari had the upper hand over its rivals, Mercedes drivers Valtteri Bottas and Lewis Hamilton - who clocked in P4 and P5 - shied away from the soft tyre used by the front-runners in the session.

Sochi's track was bustling with activity as soon as the lights went green with the field undertaking its installation laps.

Racing Point's Lance Stroll was the first driver to put a time on the board, the Canadian clocking in with a 1m43.328s, but teammate Sergio Perez - running on soft tyres - was quick to lower the initial benchmark by almost 4 seconds.

A cheer emerged from the grandstands when local hero Daniil Kvyat popped to the top of the timesheet. Alas for the Russian, his Toro Rosso expired shortly after, the victim of an apparent engine issue. 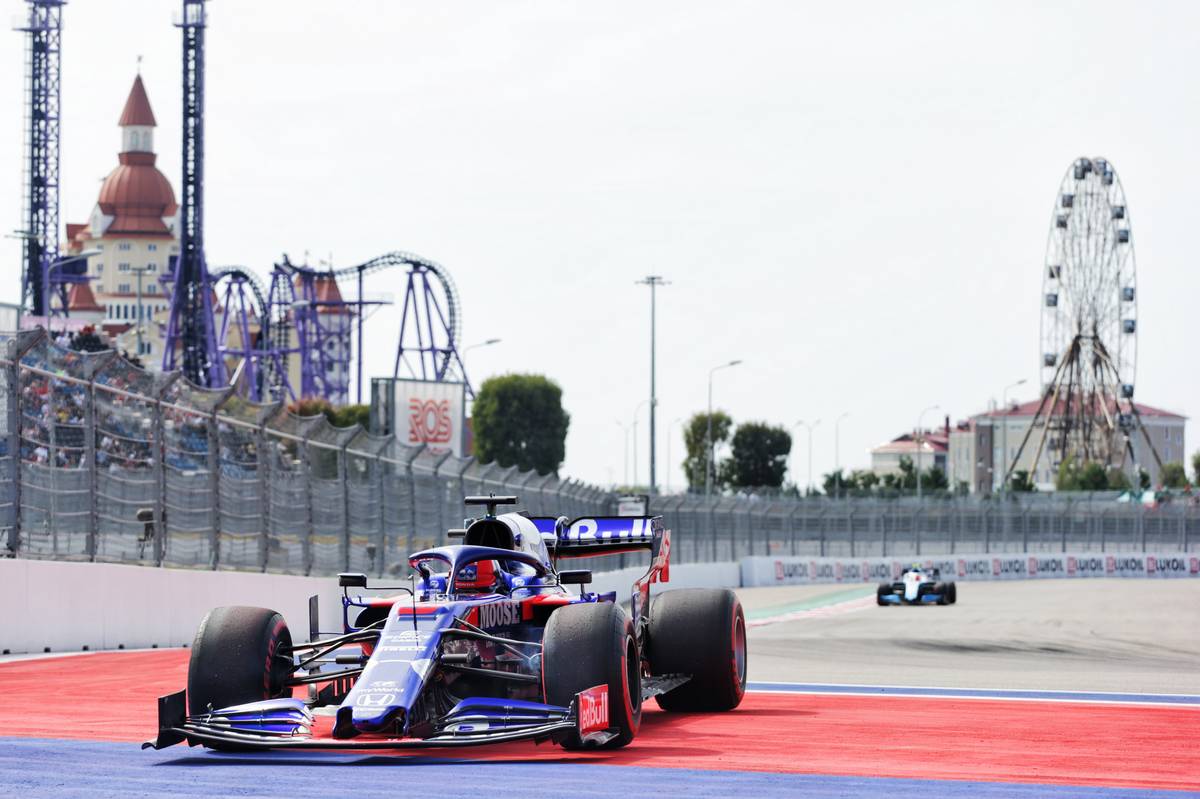 The Virtual Safety Car was activated to allow for the recovery of Kvyat's car, but when everyone returned to full speed, Leclerc punched in a 1m37.593s that put him at the top.

Meanwhile, Hamilton was heard complaining about his brakes. But the issue certainly wasn't significant as the reigning world champion's 1m36.031s was good enough to overhaul Leclerc.

After an off-track excursion by Alfa Romeo's Antonio Giovonazzi brought out a brief yellow flag period, the traditional mid-session lull set in.

But the session's breather was interrupted when Bottas went fastest, on the medium tyre, thanks to a 1m35.198s flyer, while Alex Albon moved up to second for Red Bull, though a good seven tenths off of Bottas' best. 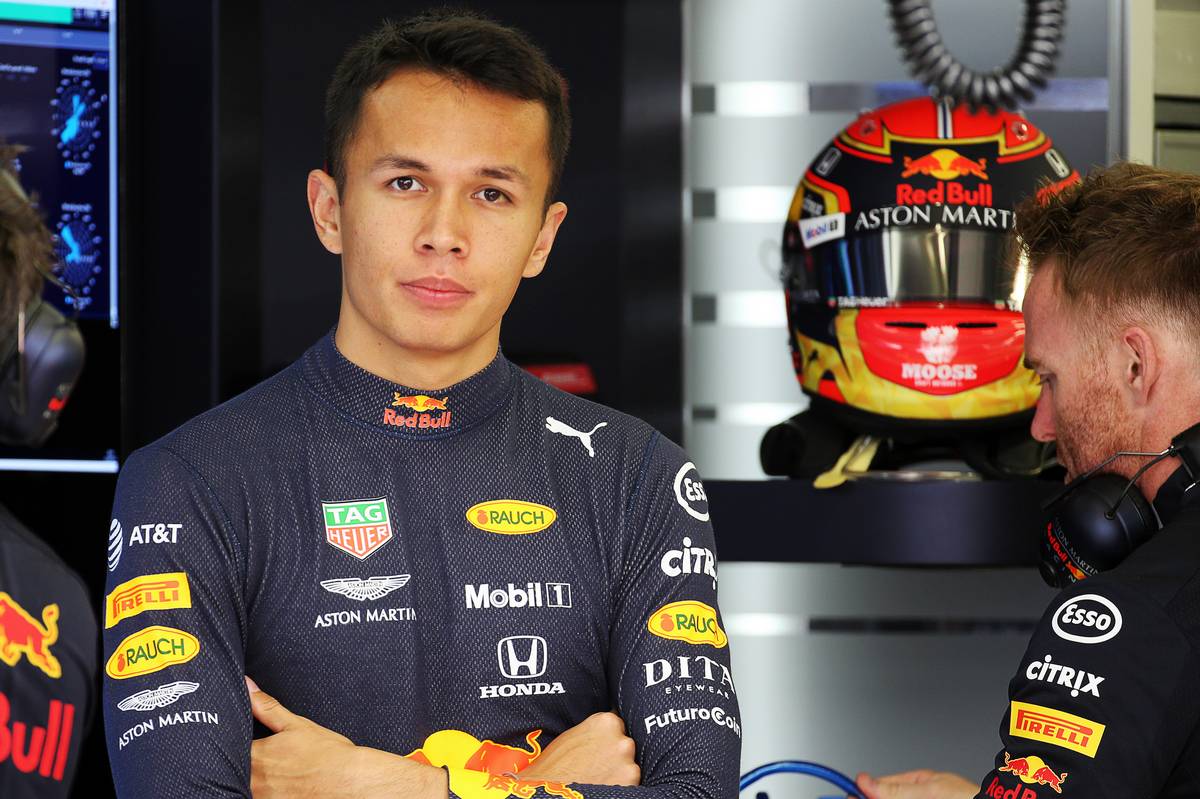 As the track ripened and Ferrari dialed in its speed, a soft-shod Vettel lowered the morning's reference with a 1m35.005s.

But Leclerc, also running on the soft rubber, immediately took over from his teammate, laying down a 1m34.462s thanks to his first two purple sectors.

However, Verstappen clocked in just 0.082s behind as Red Bull also ramped up its performance. The pair were followed by Vettel, Bottas and Hamilton - running only on the medium tyre - and Albon, while Renault's Nico Hulkenberg was best of the rest. 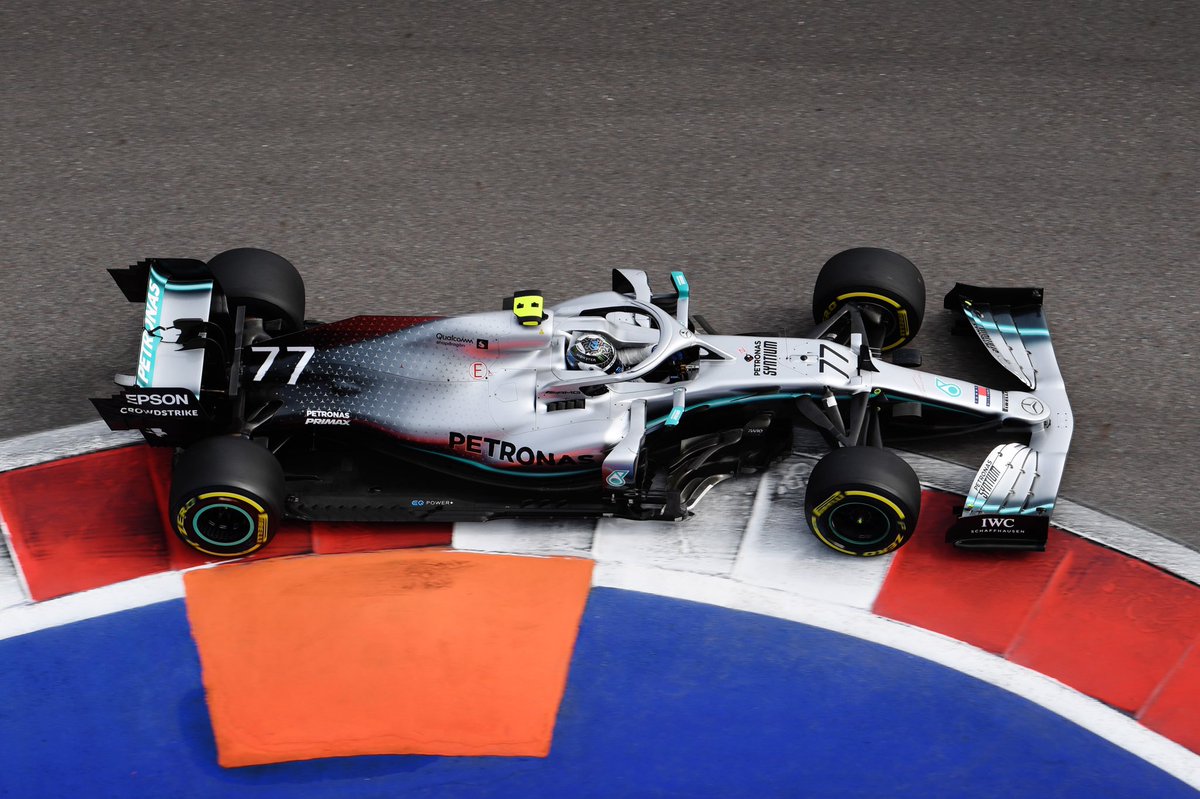 As usual, the closing stages of the session saw the bulk of the field switch to high fuel runs, a useful exercise to determine tyre behavior for race day.

Apart from a spin at Turn 5 by Williams Robert Kubica - the only driver on the grid who has never raced at Sochi - and a mishap by Ricciardo at the same corner that damaged his Renault's rear wing, FP1 concluded without any drama.

Ferrari's Charles Leclerc has marked his territory in Sochi, but his rivals are just warming up.