For Charles Leclerc, a fourth pole position in a row is something that no Ferrari driver has managed since Michael Schumacher put together a run of seven at the end of 2000 and into 2001.

That's a startling statistic on many levels, and reinforces just how good Leclerc is proving to be in his first season with the team.

"It definitely feels very, very special, but I don't really want to think about those stats for now," said the 21-year-old Monegasque driver. "I just want to to focus on the job.

"We need to keep our feet on the ground," he insisted. "At the moment we have a good momentum and have some really good performances.

"We are just focusing on ourselves and the work we are doing seems to be slowly paying off.

"But at the end, it doesn't change," he cautioned. "Mercedes are still quite ahead in the overall championship so we need to keep our head down, keep working."

Leclerc insisted that he was now fully focussed on the short term aim of turning today's pole position into tomorrow's victory, which would be his third.

"The car was amazing to drive," he said. "The team did a great job anticipating the track evolution and setting up the car in the best way.

"There's still a long way to go to tomorrow, but it's definitely a good start," he said. "We've been competitive all weekend long and the race simulation seems positive too so it's looking good for tomorrow."

Leclerc received some fulsome praise for his performance from his boss, Ferrari team principal Mattia Binotto.

"He surprised me how fast he was, at first," Binotto said. "He's really very, very fast. That's something which is important for a team, when you can count on a driver who is so fast.

"That's the most you may have. Certainly, in the races where maybe we are not our best, he can somehow try to compensate. 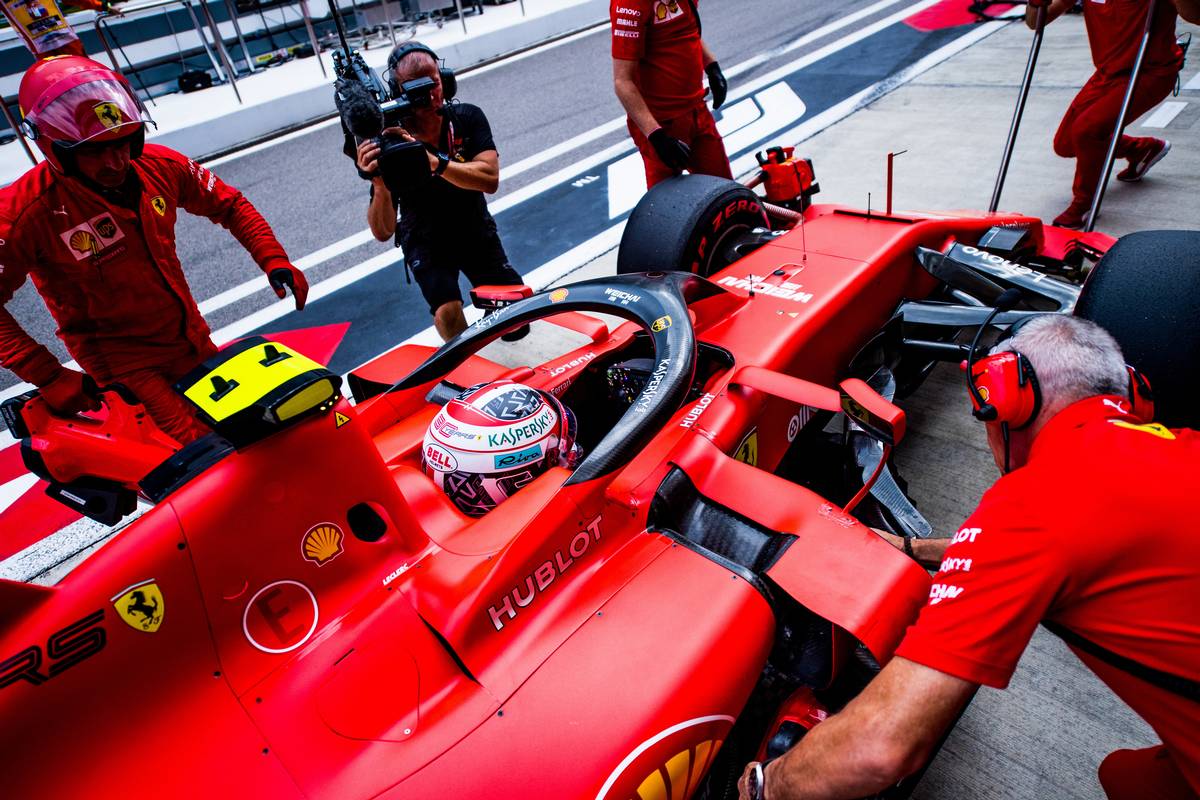 Leclerc agreed that a lot had changed since he moved to the team over the winter after a first season in F1 with Sauber.

"The car has improved massively but I think my personal result shows that I've grown a lot since the beginning of the season," he said. "At the beginning it was quite scary for me arriving in a team like Ferrari, 21 years old, and seeing how many people working for two cars.

"I was quite shy to say what I wanted from the car," he admitted. "Now it's changed a little bit and they've given me some confidence.

I feel like I have my place in the team and can say more things about how I want the car. It shows better on track."

"I've done quite a bit of mistakes but I've learnt from them and I think that's most important. I will still do mistakes and I hope I will still learn from them."