Aston Martin Red Bull Racing's Alex Albon is focused on doing his best at each race and not fixated on the talks around his prospects for next season.

The British-Thai racer who began his F1 career in Melbourne with Toro Rosso swapped seats with Pierre Gasly after the summer break, and now faces a crucial couple of races that may decide his fate for 2020.

Red Bull motorsport boss Helmut Marko says the senior bull team's choice will be between Albon and Gasly, with a decision looming after the Mexican Grand Prix.

While Albon may seem under pressure, the 23-year-old insisted he's undaunted by the upcoming deadline.

"It's all been good, there's a lot of support," Albon said. "They've been studying me [while I] find my feet and learn from the team. They're very open to me, asking me questions and that kind of thing.

"So it has been very open. I think people think there is a lot of pressure at the moment, but there really isn't. For me, it's learning and seeing how it goes.

"I'm not really focused on next year and all that talk. It's more just focused on this and the present time, maximising each race." 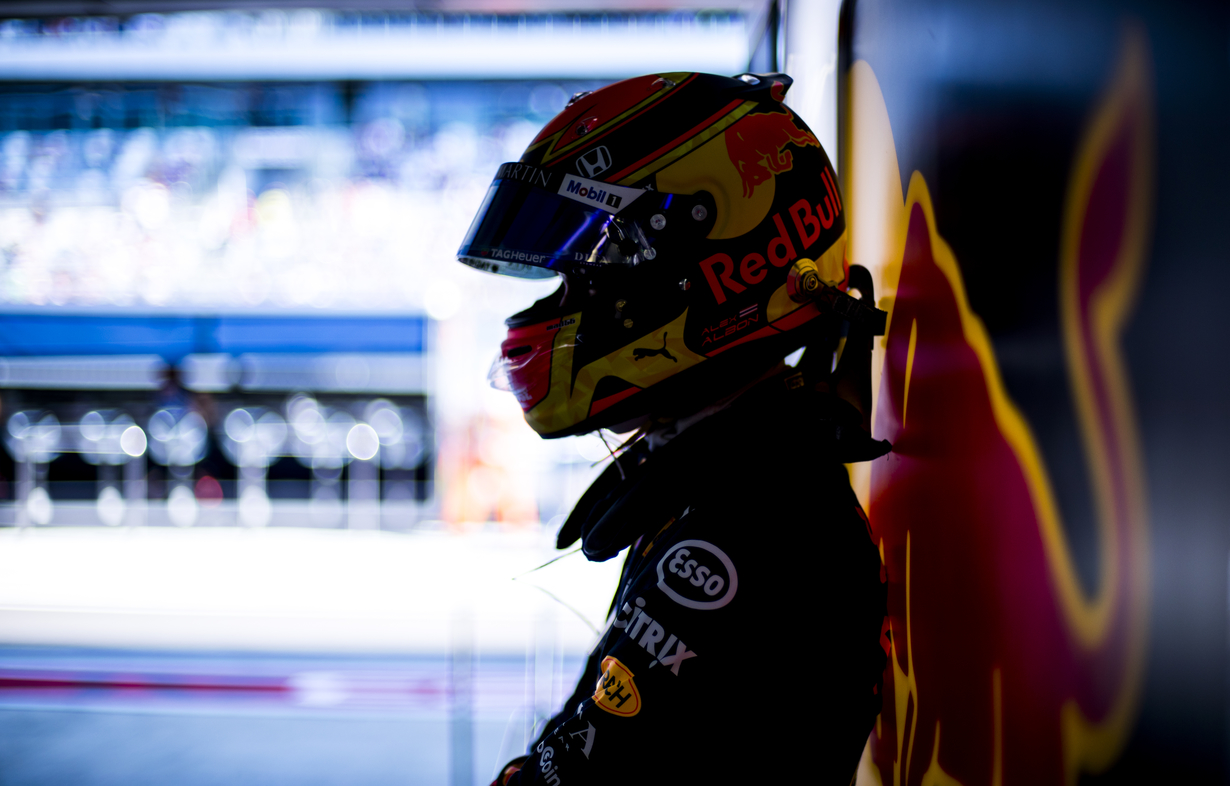 Since he's promotion to Red Bull at Spa, Albon has been making steady progress at his own pace, with no constraints.

"Obviously I know that results are what matter at the end of the day," he added. "In the end, there are no targets for me right now.

"It's just about doing the races, there's a few races to go [before Mexico]. But they haven't been pushing me or anything like that."

Albon will undoubtedly put in an extra effort next weekend at Suzuka, not only for himself but also for Honda which will be racing at its home track.

"I’m really excited for Suzuka as it’s going to be my first Japanese Grand Prix," said the Red Bull charger.

"I have raced at the track once before but only in karts, so I’m looking forward to seeing what it’s like in an F1 car.

"The main circuit looks really fun and it’s the track I’ve been looking forward to most this year.

"This is obviously a big weekend for us as it’s Honda’s home race so we’re hoping for a good result for the fans."