Valtteri Bottas successfully secured pole position for the United States Grand Prix, a race he must win if he is to continue to challenge his Mercedes team mate Lewis Hamilton for the drivers championship.

It's the first pole for the Silver Arrows since the German Grand Prix before the summer break. Bottas will line up alongside Ferrari's Sebastian Vettel for the start, with Red Bull's Max Verstappen sharing the second row with Charles Leclerc.

A slightly out-of-sorts Hamilton was only fifth fastest in qualifying, with the top five all set to start the race on the medium compound while Alex Albon and the rest of the top ten will all set off on softs on Sunday. 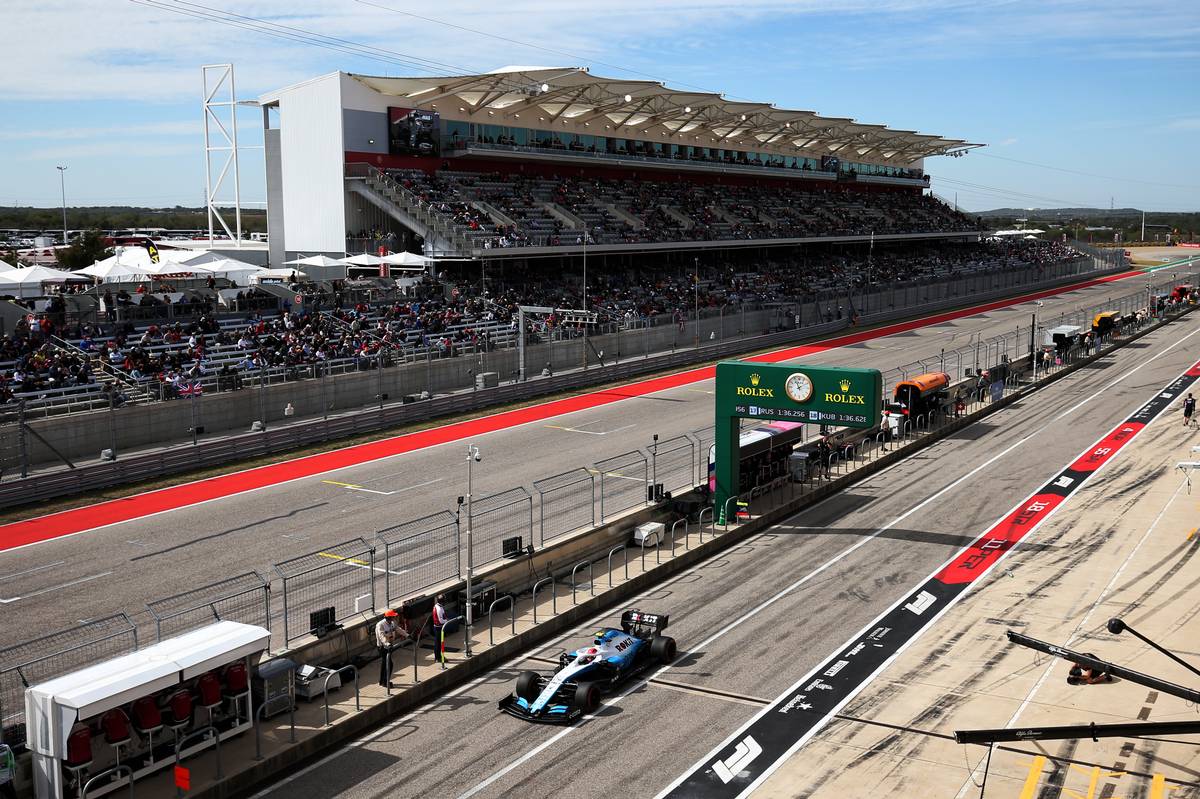 Q1: Norris edges Hamilton at the top, as Raikkonen misses the cut

Conditions at the Circuit of the Americas were definitely heating up as the drivers prepared to brave the bumps for qualifying. Straight out on track for the first round was Robert Kubica followed by his Williams team mate George Russell; also quick to get out was Charles Leclerc after the Ferrari pit crew successfully completed a power unit change to the SF90 after problems in FP3.

Leclerc set the early pace with a first run of 1:34.696s putting him over eight tenths ahead of Alfa Romeo's Kimi Raikkonen, last year's US Grand Prix race winner when he was still at Ferrari. The Toro Rossos of Pierre Gasly and Daniel Kvyat then showed their hand to go second and third. Leclerc was soon knocked off the top, first by McLaren's Lando Norris and then by Red Bull's Alexander Albon going faster still.

Norris' team mate Carlos Sainz lowered the top time to 1:33.916s before Max Verstappen shaved off another 0.367s to take control of the timing screen. Lewis Hamilton then took a narrow lead by one tenth with his Mercedes team mate Valtteri Bottas slowing in to third place, but Sebastian Vettel was forced to abandon his first push lap when he locked up at the first turn and was only quick enough for fourth next time by.

By the time the first runs had been completed, Raikkonen had been pushed down the order and was by now first of those in the elimination zone along with his team mate Antonio Giovinazzi and the two Williams drivers. Racing Point's Sergio Perez had put in only a nominal appearance, having already been heavy penalised for a weighbridge infringement in Friday practice that means he will start tomorrow's race from the pit lane.

Six of the top seven decided they could sit out the remainder of the session, the exception being Hamilton who despite holding the top time still appeared unsatisfied with how he was feeling. As if to prove his point, Lando Norris promptly knocked Hamilton off the top spot by a tenth, and there were also big improvements from Haas' Kevin Magnussen, Renault's Daniel Ricciardo and Racing Point's Lance Stroll who all jumped into the top ten. Gasly also made up good ground to finish fourth.

However despite these improvements, there were no surprise last minute eliminations. Raikkonen and Giovinazzi both found a bit more speed to briefly pop out of the danger zone, but faster laps elsewhere meant that they still ended up being pushed back into the bottom five by the chequered flag and duly missing the cut along with Russell, Perez and Kubica. 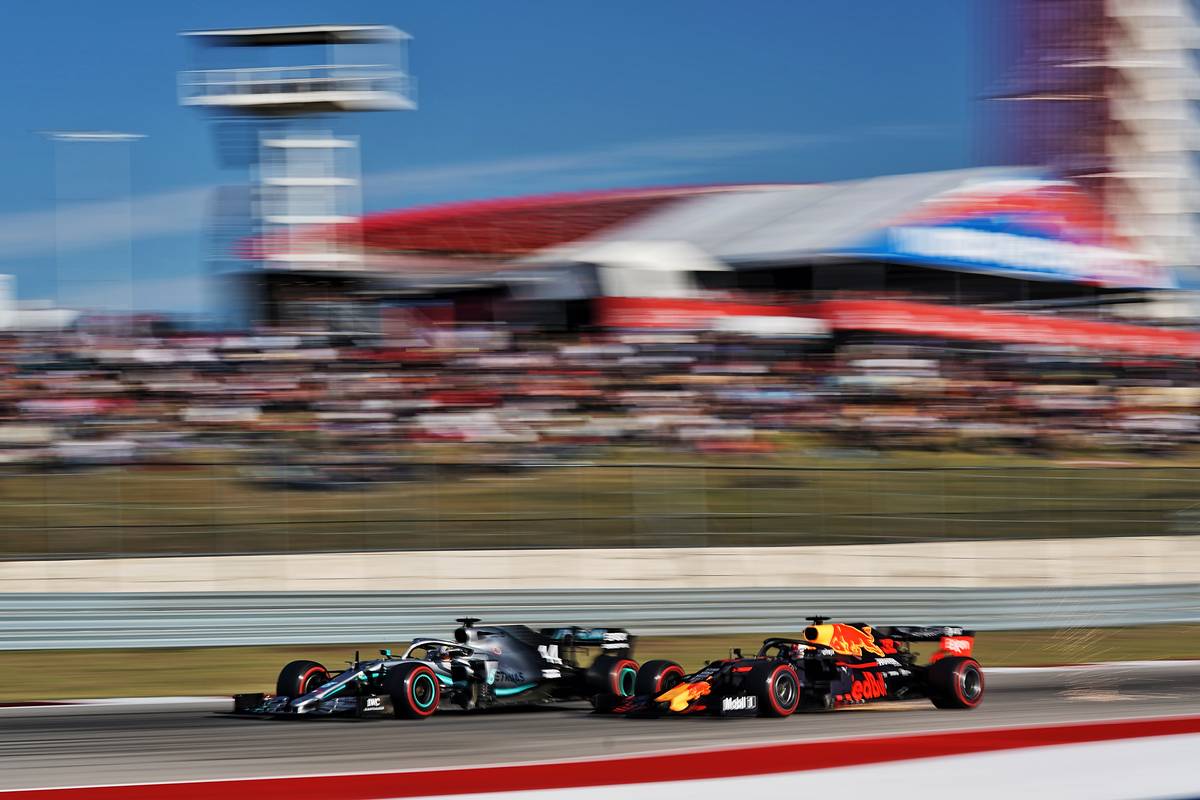 Having spent Q1 on the soft compound, the Mercedes and Ferrari drivers all made a move to medium tyres for their first foray in Q2 in the hope of making it their selection for the start of Sunday's race. Max Verstappen also made the same calculation, but first round pace setter Norris joined the rest of the field on the faster red-walled rubber.

Hamilton laid down the initial gauntlet with a time of 1:33.045s, over a tenth quicker than Bottas, Leclerc and Vettel. Verstappen then managed to split the Silver Arrows for third before his team mate Alexander Albon went quicker than anyone with a 1:32.898s, albeit on the soft tyres. Rounding out the top ten after the first runs - all on the soft compound, and over three tenths slower than the Ferraris - were Sainz, Gasly, Norris and Magnussen. It meant that Daniil Kvyat, Daniel Ricciardo, Lance Stroll, Nico Hulkenberg and Romain Grosjean were all at risk of dropping out pending the final runs.

With the exception of ALbon, everyone was back in action to guard against an improvement in track conditions. Hamilton, Bottas and Verstappen all moved to soft tyres just in case while hoping not to have to improve their earlier times; only Ferrari stuck to the medium compound this time, Leclerc going fastest with 1:32.750s to pip Vettel's improved time by 0.022s.

Further back, the McLarens improved their times with Norris edging Sainz for seventh. Ricciardo also managed to climb into the top ten in ninth ahead of Gasly, while Hulkenberg missed out along with Magnussen, Kvyat, Stroll and Grosjean. Kvyat had missed out on his final push after running wide at turn 19 when Hamilton and Verstappen came flying past. 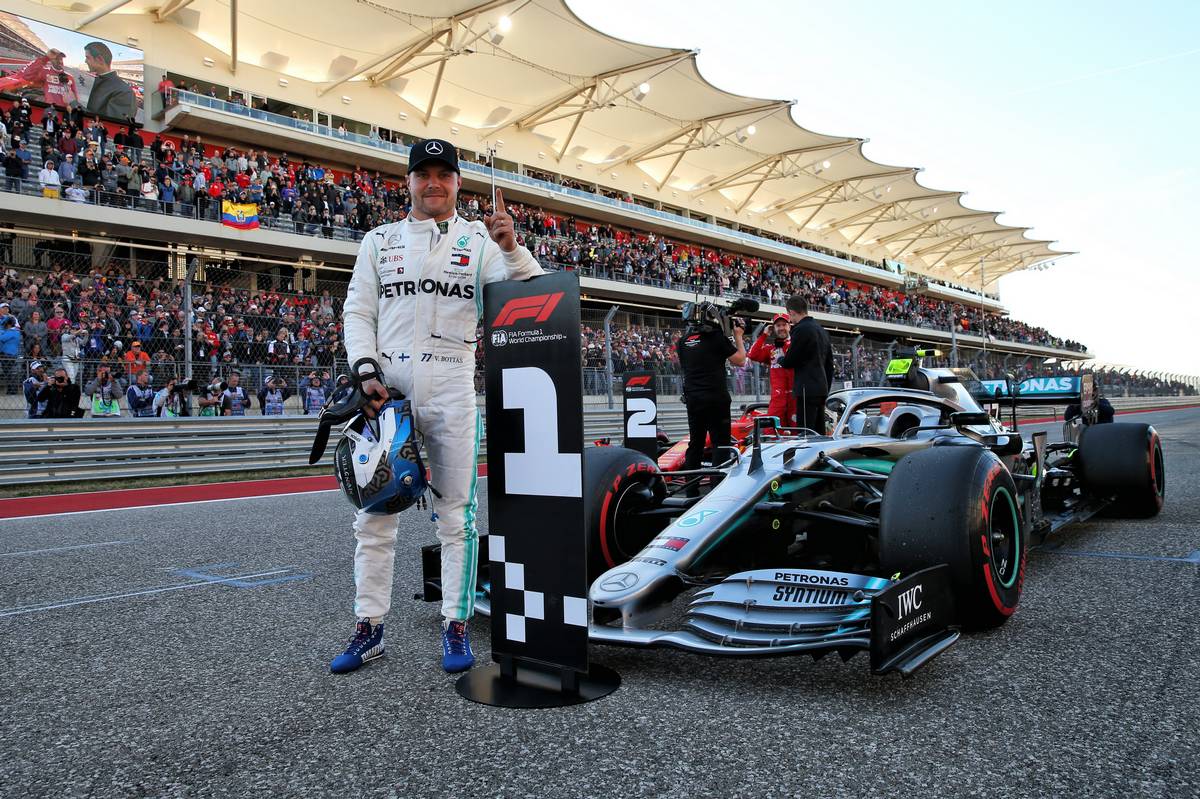 The first two rounds of qualifying had done nothing to give a clear picture of who might be favourite for pole, with any of the Ferrari, Mercedes and Red Bull drivers still very much in the running as the lights at the end of pit lane went green to get the top ten shoot-out underway.

Sainz, Norris and Gasly set the early times, before Bottas went to the top with a 1:32.029s. That was just 0.012s ahead of Vettel and was a new track record for the Finn, with Verstappen a tenth behind ahead of Leclerc, Hamilton and Albon.

Banker laps complete, there was still time for one final run to decide the grid for Sunday's race. Only Ricciardo had sat out the start of Q3, and he briefly had the track to himself when he did finally emerge to put himself into provisional eighth place.

With the sun dipping in the sky and the shadows lengthening, the drivers struggled to find any more time once the chequered flag came out. Verstappen locked up on turn 1 which cost him a shot of knocking Bottas off pole, and one by one the remaining drivers also fell short leaving Bottas to claim the honours for the first time since Silverstone. His 11th career pole couldn't have come at a better time, given that he needs to win tomorrow's race to keep the drivers championship alive.

Vettel will start alongside him on Sunday, with Verstappen and Leclerc sharing the second row and Hamilton pushed down to fifth alongside Albon. Sainz just beat Norris for seventh, while Ricciardo's time ended up being good enough for ninth place with Gasly finishing the afternoon tenth fastest.

Hamilton admits he 'just didn’t do it' in qualifying