Lewis Hamilton sought no excuses for his under-performance in qualifying for the US Grand Prix, the Mercedes driver admitting he simply failed to deliver a result worthy of his car.

Hamilton, who needs to outscore Valtteri Bottas by four points in Sunday race to seal his sixth title, bowed to his Silver Arrows teammate in Saturday's top-ten shootout, and will line up fifth on the Austin grid, his worst position so far this season.

The Briton failed to challenge Bottas in either of his runs in Q3, even abandoning the lap on his second attempt, although no one, with the exception of Ferrari's Charles Leclerc, succeeded in improving their time on their second run.

Asked if the track's bumps or conditions had played a role in his subdued performance, a candid Hamilton was quick to put the deficit to his rivals on himself.

"Nothing to do with the car, it was me," he said. "I just didn't pull the laps out today.

"Clearly the car had the capability to be on the front row and I just didn't do it today. It was my fault but I'll try and rectify it tomorrow." 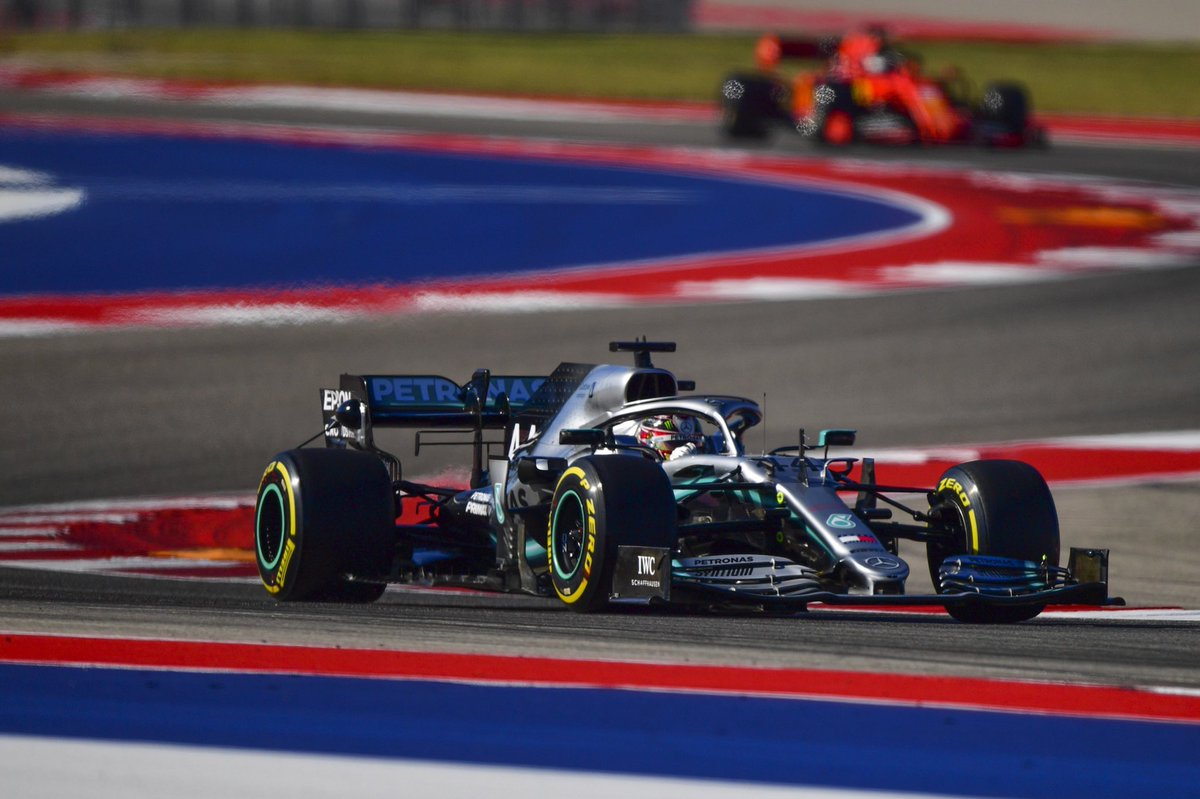 Starting fifth and likely arriving in a congested pack at Turn 1 after the start, Hamilton will want to keep out of harm's way and privilege his chance's of securing the minimum eighth-place finish that he requires to clinch the title.

But Mercedes boss Toto Wolff reminded everyone that the reigning world champion isn't in the habit of aiming for a such a lowly spot.

"Shame for Lewis, we need to see what we can do tomorrow with strategy," Wolff told Sky F1.

"I think with an aggressive strategy he can still compete for the win but it wasn't his qualifying session. Very unusual so we've got to find out what happened."

In the wake of his disappointing qualifying, the Briton said that Sunday's race wasn't on his mind.

"Honestly I’m not trying to think about that now I’m just trying to digest what just happened and then I’ll move forwards into tomorrow," he said.

'Happy days' for Bottas and Wolff with US pole