Mercedes driver Valtteri Bottas was understandably delighted to be on pole position for the first time since Silverstone.

"Really happy about that," said the Finn after setting a new track record lap time of 1:32.029s at the Circuit of the Americas. It's his first time at the head of the grid at the venue, but the sixth consecutive pole here for Mercedes.

"It was a nice lap at the beginning of Q3. To get those kind of laps on a track like this is a good feeling.

Clinching pole today is even more significant, as Bottas badly needs to win this weekend's United States Grand Prix if he's to retain any hope of keeping the drivers championship alive to

He admitted that it hadn't been easy to find the pace he needed today after struggling in Friday's practice sessions.

"Yesterday was tricky," he agreed. "There were things that were not quite right on my car, but we managed to find all the reasons.

"We did good work this morning with finding all the details and all the places I needed to focus on," he continued.

The fastest lap was set on his first time out of the pits in Q3. His final effort wasn't as quick - but no one else was able to improve to challenge him either.

"The last lap was a bit less grip overall," Bottas explained. "The first sector I was already losing one or two few tenths. 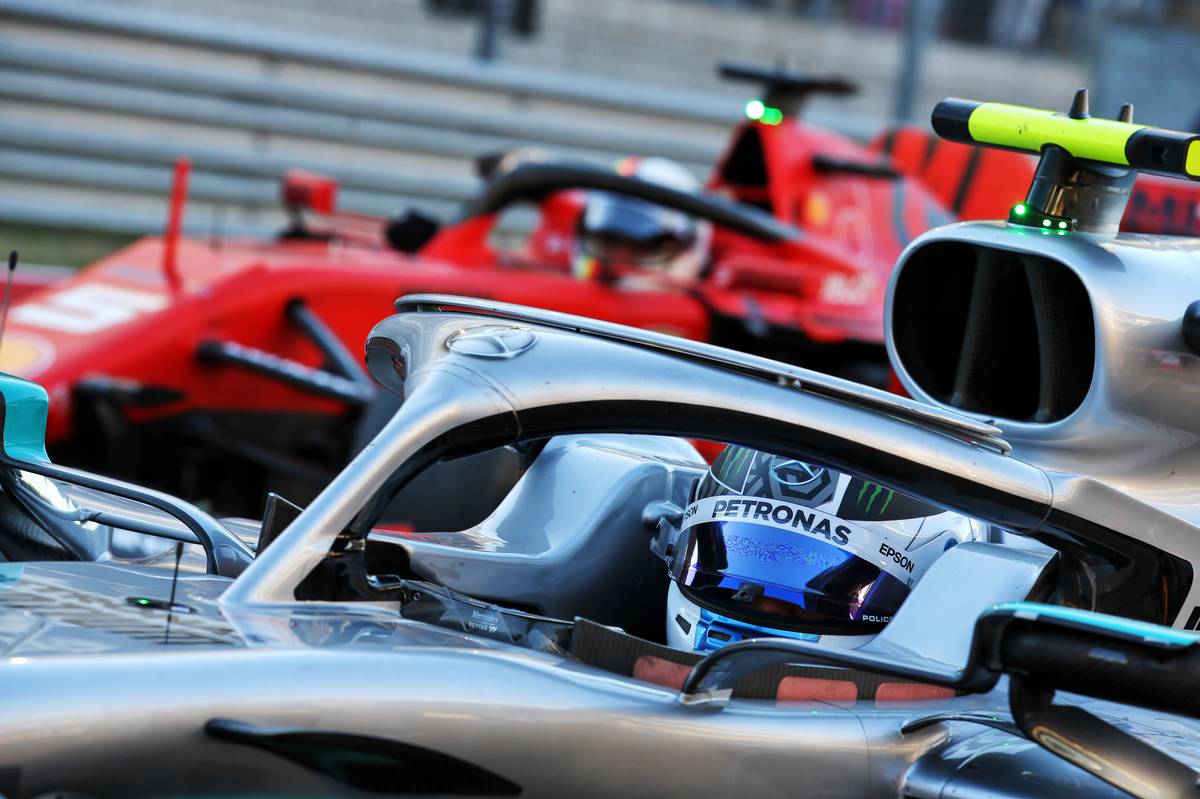 "I was glad that no one else could improve toward the end, and neither could I. So, happy days!"

This will be Mercedes' first pole position since the German Grand Prix at the end of July. Bottas was on the front row in Hungary, but the most recent two races in Japan and Mexico have been front row lock-outs for Ferrari.

Team boss Toto Wolff was relieved to see one of his drivers back on top on Saturday.

"Very happy, it feels good to be on pole again - I've missed that!" he admitted to Sky Sports F1 afterwards. "It was so tight. You can see there's a few cars within the same tenths.

The tight margins mean that Lewis Hamilton was only fifth fastest despite being only 0.292s off Bottas' pole lap. But that result would still be enough for Hamilton to knock Bottas out of the title battle and secure his sixth world champion on Sunday.

And while pole was a big boost for Bottas on Saturday, he's not got the best record for converting the top spot into victory. He’s only won three of his previous ten races when starting from the front of the grid.

Hamilton admits he 'just didn’t do it' in qualifying