Mercedes boss Toto Wolff said that there was no reason that Lewis Hamilton couldn't go on to even greater success in the sport in the future.

"I think there is no limit personally [to what he can win]," Wolff told Sky Sports F1 on Sunday.

"He is still very motivated and you can see he wants to win every single race. As long as that is the case, I think he can go for more.

The driver clinched his sixth world championship on Sunday after finishing the United States Grand Prix as runner-up to his team mate Valtteri Bottas.

That puts him just one away from the all-time record of seven held by Michael Schumacher.

But with Mercedes pushed even harder than ever by their rivals this season, Wolff admitted it was up to the team to play its part in keeping Hamilton at the top. "We need to provide him with a good car," he acknowledged.

Wolff had good cause to feel particularly happy on Sunday, with Hamilton's team mate Valtteri Bottas claiming victory in the race itself.

"If it ends up like this - one driver wins the race, the other wins the championship - the script couldn't have been any better," he said.

"It was a bit edgy," he admitted after a close fought contest between his two drivers with no team orders in effect. "But it was the last race for the championship, so you need to be flexible enough in your thinking. 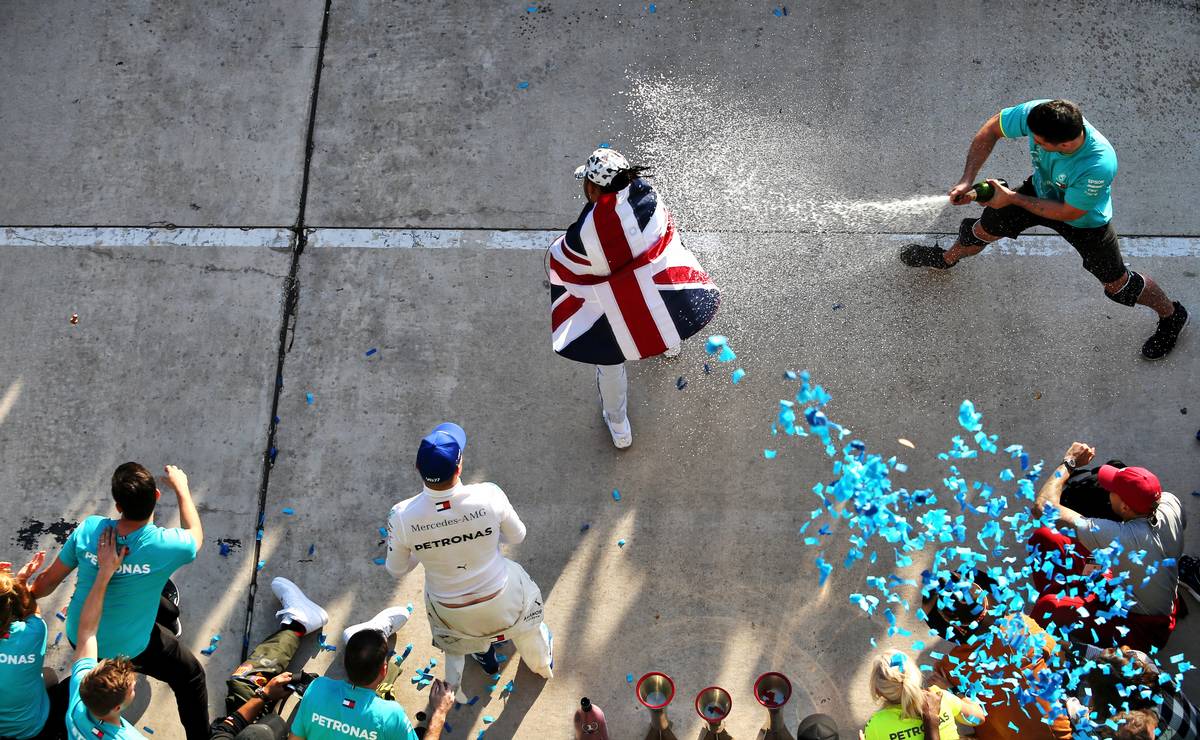 "We decided we wanted to let them race, and it is something we're going to carry on for next year," he added. "It was discussed, we learned our lesson in Singapore where we said strategy could work one favour or the other."

Bottas started the race from pole and elected to run a two-stop strategy, but Hamilton made up positions early on and tried to gain an advantage by going for just one stop in the race.

As a result, Bottas led for the first 14 laps before stopping. Hamilton ran a lot longer, finally coming in on lap 23 after initially resisting the summons from pit wall.

"He felt he could do a lap more," Wolff said of Hamilton's decision to stay out on that occasion. "So the strategist checked it out - and maybe at the end that lap helped."

The lead changed back and forth between them all afternoon, with Bottas in front for a total of 31 laps. 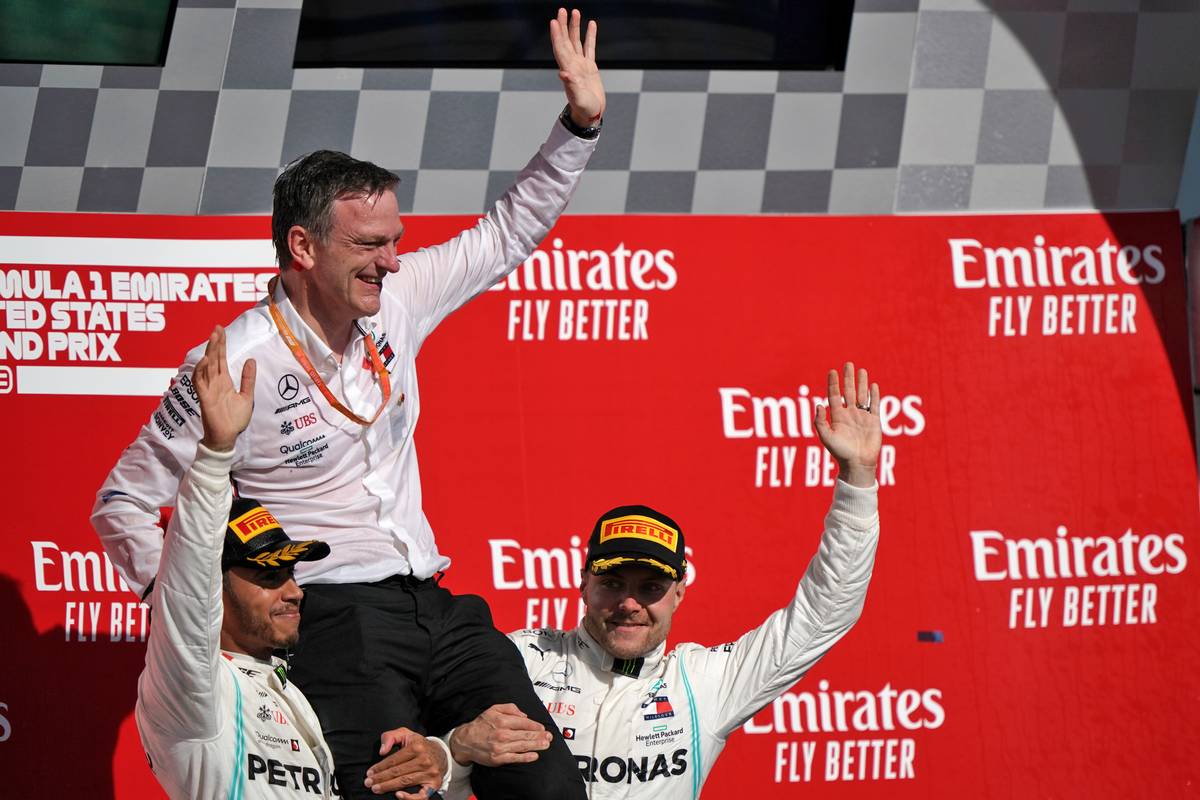 But with five laps to go, Hamilton's tyres faded and Bottas was able to sweep around his team mate for victory. Hamilton was able to hold on to second place to deliver the team's first one-two since Russia.

"You could see today how close it was between a one-stop and a two-stop," Wolff pointed out.

"I’m very proud," he added of the team's overall performance this weekend and throughout the 2019 season. "Very proud for everybody who collaborated in the factories.

"There is a massive amount of work behind the scenes," he added.

And having secured both the drivers and constructors titles for the sixth time in succession, now there was time to blow off some steam before the team gets down to work planning next year's campaign.

"I hope that everybody is having a good time in the UK, and we will all be on the same flight back to London tonight and there will be a minibar there!"

Cagey Verstappen calls out Ferrari for US GP struggles