Penske Entertainment isn't ruling out a return of F1 to Indy as the new owner of the Indianapolis Motor Speedway steers the legendary venue into a bold new era.

Penske's first order of business regarding the IMS will be to assess the areas that require investment and gauge the opportunities that can add value to the site while serving the interests of the motorsport community and the fans alike.

"We look at the Speedway itself, the investment with the $100m that was put in a few years ago, I think you've seen a tremendous change, and we want to add capability," said Roger Penske.

"I think we have to look at investments in lights of something else we can do here to make the Speedway and IRL a going entity that gives us the results that we expect.

"What I intend to do tomorrow is walk the entire facility and strategically sit down with the existing team and get their top 10 [priorities] – I always like to work from a top 10 – and see things that we can do to make it fan-friendly, serve [the series] from a competitive perspective."

The announcement on Monday of Penske's acquisition of the IMS and IndyCar from the Hulman family sent a massive shockwave through the motorsport community.

But the strategic move was received with a great deal of enthusiasm by Team Penske's IndyCar rivals who battle on the track with 'The Captain' and his drivers.

"This is great news for the industry," said team owner Chip Ganassi.

"The news will provide a shot in the arm to both the sport of auto racing and specifically to the IndyCar Series.

"Roger is a good friend and a class act, and all of his businesses are run well and with integrity. I couldn't be happier for all of us that are involved with the sport." 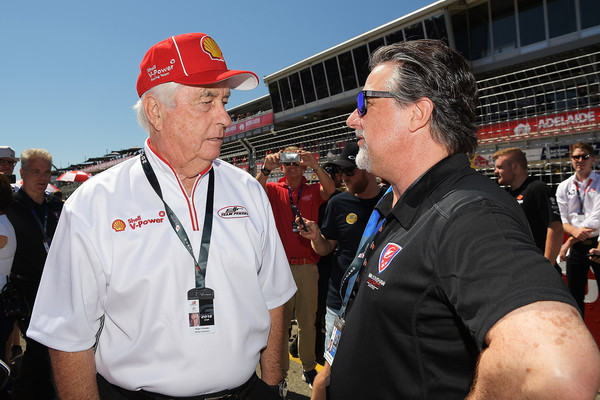 "I think it's positive news," Andretti said; "Roger has always strived to do great things for both IMS and IndyCar racing, and I'm sure he will continue to do so in this new ownership position.

"Both the Indy 500 and NTT IndyCar Series have been on a rise, and I look forward to the continued climb."

McLaren Racing CEO Zak Brown, whose team will return to the championship next year, also gave a big thumbs up to Penske's deal.

"I cannot think of a better owner than Roger Penske and his corporation to ensure the growth and future of IndyCar," Brown said.

"His business acumen and dedication to the sport and passion for the Indianapolis Motor Speedway are second to none. High confidence in IndyCar’s bright future."

For IndyCar fans, perhaps the most immediate change associated with Roger Penske's new business venture will be the absence of the familiar sight of 'The Captain' calling the shots from his team's pitbox on Sundays.

"I’m planning to step down from being a strategist on the pitbox – you won’t see me there on raceday," said the 82-year-old.

"I think I’ve got a bigger job to do now to see how we can build the series to the next level."