Lewis Hamilton has opened up about just how hard he'd had to fight for his sixth Formula 1 world championship in 2019.

Hamilton finally put the matter beyond doubt last weekend at the Circuit of Americas. Second place in the United States Grand Prix meant that his lead was such that no one else can now overtake him in the remaining two races of the season.

But anyone who thought it had been a cruise for Hamilton this year was dead wrong - according to no less an authority on the matter than the man himself.

"No way has it been the easiest, it’s been the hardest year for us as a team," the Mercedes driver told journalists after Sunday's race. "This car has not been easy, not been easy for us.

"We started the season honestly going off to Melbourne thinking that we were going to be behind. Mid-point of the season we were behind, and it’s been a real challenge, this second half of the season.

"It’s been the toughest second half of the season that I think we’ve had as a team, fighting against Ferrari and Red Bull," adding that he'd greatly enjoyed the sense of heightened competition this year.

Hamilton really wanted to clinch the title in Austin with the best race result he could. However his chances of winning were dented when he struggled in qualifying and could only manage fifth place on the grid.

"I think [qualifying] was something that was sent to test me," he suggested after battling his way back to second place behind his team mate Valtteri Bottas. "I was able to do one of my favourite races today, I think. I was really happy with that one." 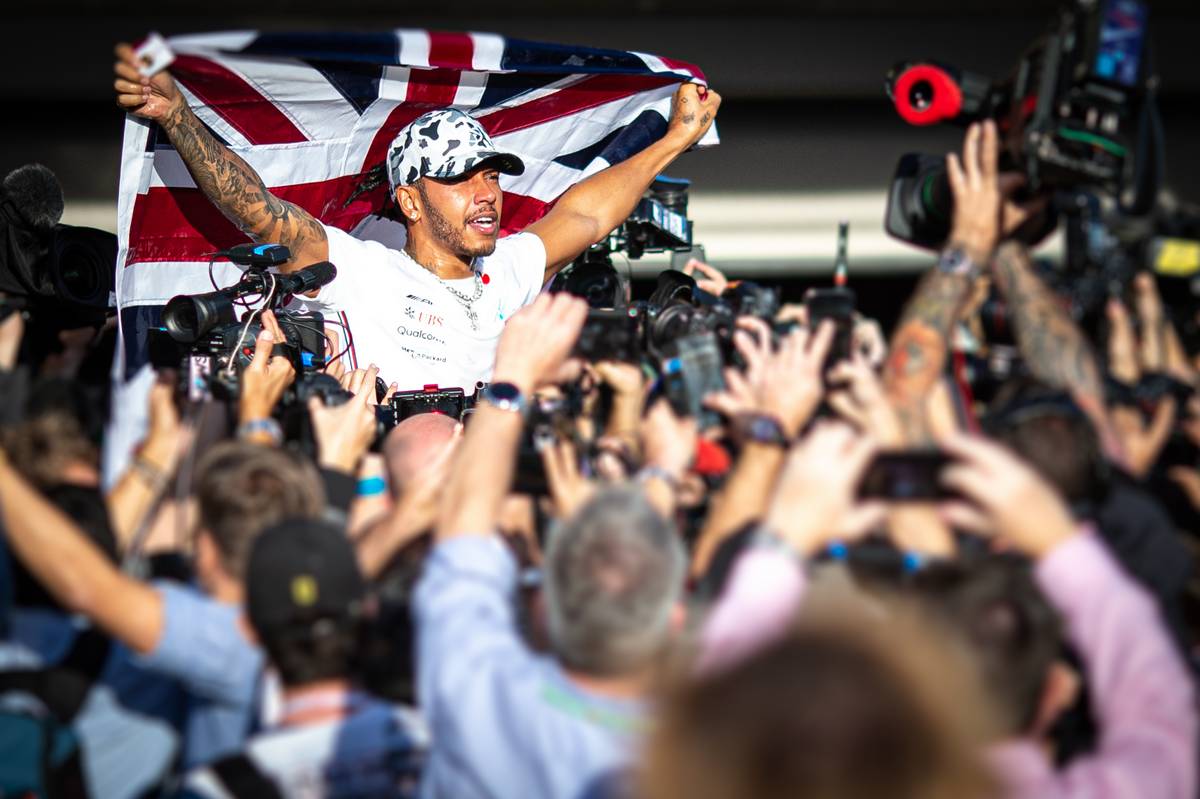 But the challenges of the season off the track were almost as daunting as those he faced on it, especially with the death of the team's chairman and former F1 champion Niki Lauda hitting everyone in the team hard.

"We lost Niki this year. A crucial member and a real pivotal member of our team and the emotional rollercoaster that we’ve been on with losing him.

"I didn’t understand that we’re all similar in many ways. I would say this year that losing Niki, I didn’t think that was going to hit me as hard as it did.

"It really was upsetting and I miss him dearly today and I didn’t realise how much I loved the guy."

"When something like that happens, can put lots of doubts in your mind and batting that off and thinking: okay, jeez, is it time to stop or shall I keep going?

"Just trying to remain focussed throughout the year, that is the toughest," he continued. "Only really other athletes who are at the top of their game can really, probably relate to it.

"It’s just arrive, week-in, week-out, can’t drop the ball," he explained. "And being about to bounce back from the tougher, the lower days.

"Every journey is different. Every year you go through a different rollercoaster ride of emotions to get to where you’re going.

"I wrote something in my post this morning, that each and every single one of us is struggling with something in life. Whatever it may be: small, big. I tried to show people that, from the outside, things always look great but it’s not always the case.

"I am also struggling with lots of different things, and battling certain demons, and trying to make sure that I’m constantly growing as a person.

Hamilton didn't want to elaborate on what issues had affected him, although the death of Anthoine Hubert at Spa had been among them.

"To each and every one of us it's personal, what we all challenge when you look in the mirror each day, when you feel good or you feel bad for whatever reason," he said. "There’s always the darker side that’s always trying to pull you down.

"I don’t know how you guys wake up in the morning but I look in the mirror and I’m trying to lift myself up and say ‘yes, you can do it'.

"'Yes, you are great. Yes, you can be fit if you go and put that time in. Yes, you can win this race if you do the right steps and you continue to believe in yourself, and no one else is going to do it for you.’

Hamilton admitted that there had been times in 2019 - particular after Lauda's death - when he'd started to question his future in F1.

"But I’m so charged to do [more]," he concluded. "I love doing what I do so much that I don’t think there’s a lot that can particularly stop me in that sense."