Ferrari settled into a 1-2 in Friday's second practice session at Interlagos, with Sebastian Vettel leading Charles Leclerc by a mere 0.021s, while Red Bull's Max Verstappen was just 0.134s behind the red duo.

Mercedes Valtteri Bottas and Lewis Hamilton concluded the day P4 and P5, but the Silver Arrows squad appeared fit and well on the long runs conducted during the session.

The second free practice session of the day kicked off with two changes compared to FP1: the track was dry and Williams' Robert Kubica was back in the field after handing his car to Nicholas Latifi in the morning.

Drivers were eager to quickly take advantage of the improved conditions, just in case, so there was a flurry of activity from the get-go.

Bottas, running on the hard tyre, was the first driver to post a time, but a red alert popped up on the timing screen while footage showed Kubica extracting himself from his heavily damaged Williams. 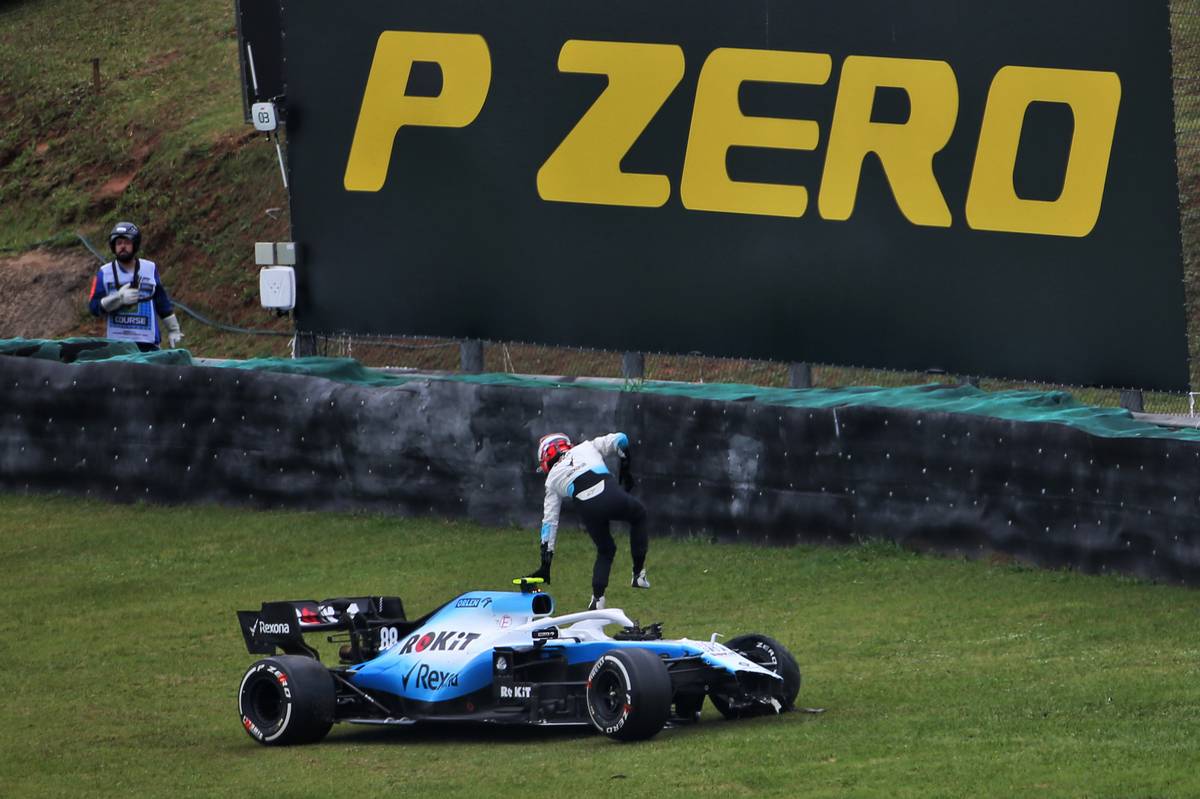 A replay showed the Pole losing it on the entry to Turn 3, hitting the barriers and inflicting serious damage to the left side of his car. Not the best start for Bobby K who was seeking some consistent and good mileage after missing FP1.

When the track went green again, Verstappen on mediums took over P1 with a 1m10.051s, but that time was beaten in short order by both Ferraris, with Vettel leading Leclerc and lowering the benchmark to 1m09.570s.

Almost an hour into the session, the usual front-running trio of suspects - Ferrari, Mercedes and Red Bull - had monopolized the top six, with Toro Rosso's Pierre Gasly leading the midfield charge. 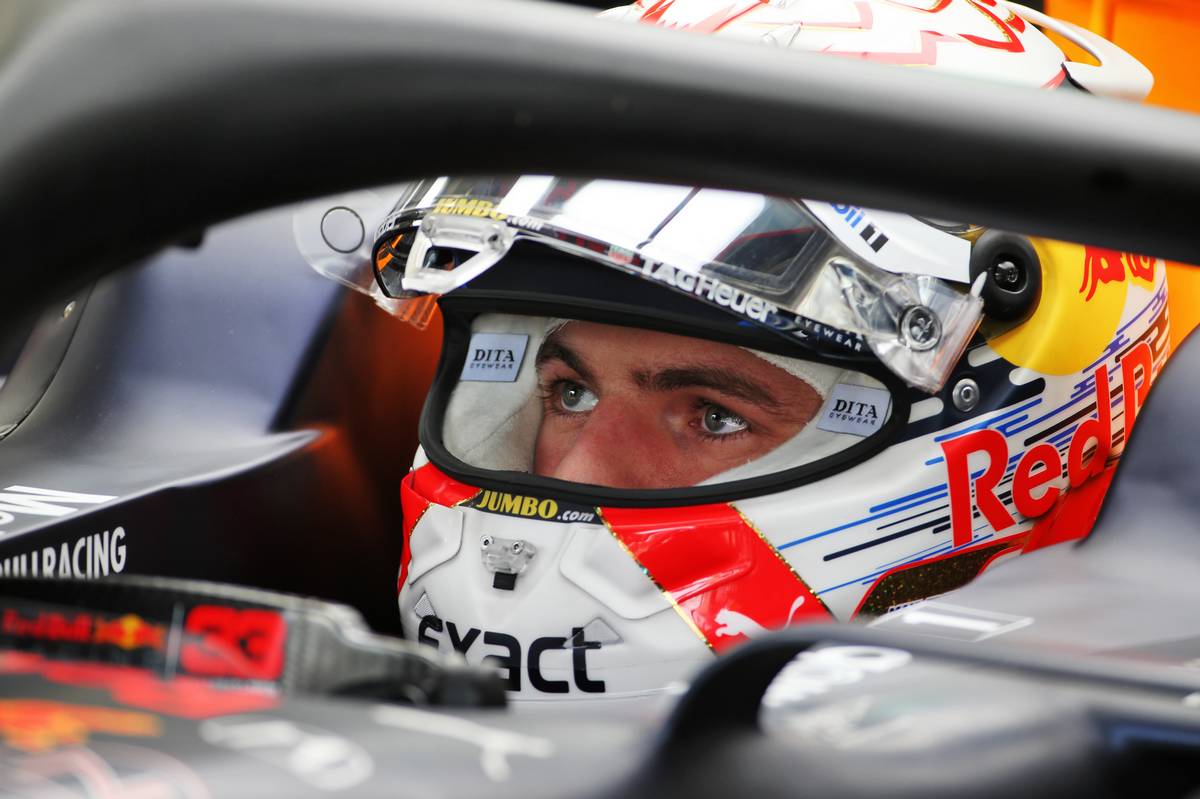 After a drizzle-induced lull, the circuit became properly busy once again as qualifying simulations and soft tyres were in order.

Hamilton looked set to challenge Vettel's best effort until the Briton stumbled upon a slow-moving Bottas who also got in the way of Vettel.

'Valtteri was just sitting there," Hamilton quipped over the Mercedes team radio.

Leclerc then kicked his teammate off the top spot, but Vettel responded with a 1m09.217s that bumped him ahead once again. Hamilton also improved on softs but was still half a second down on the German.

As the session entered its final 30 minutes, most drivers reverted to long runs. But the Virtual Safety Car was deployed as Pierre Gasly's Honda engine expired, the Frenchman parking his Toro Rosso at the end of the pitlane exit. 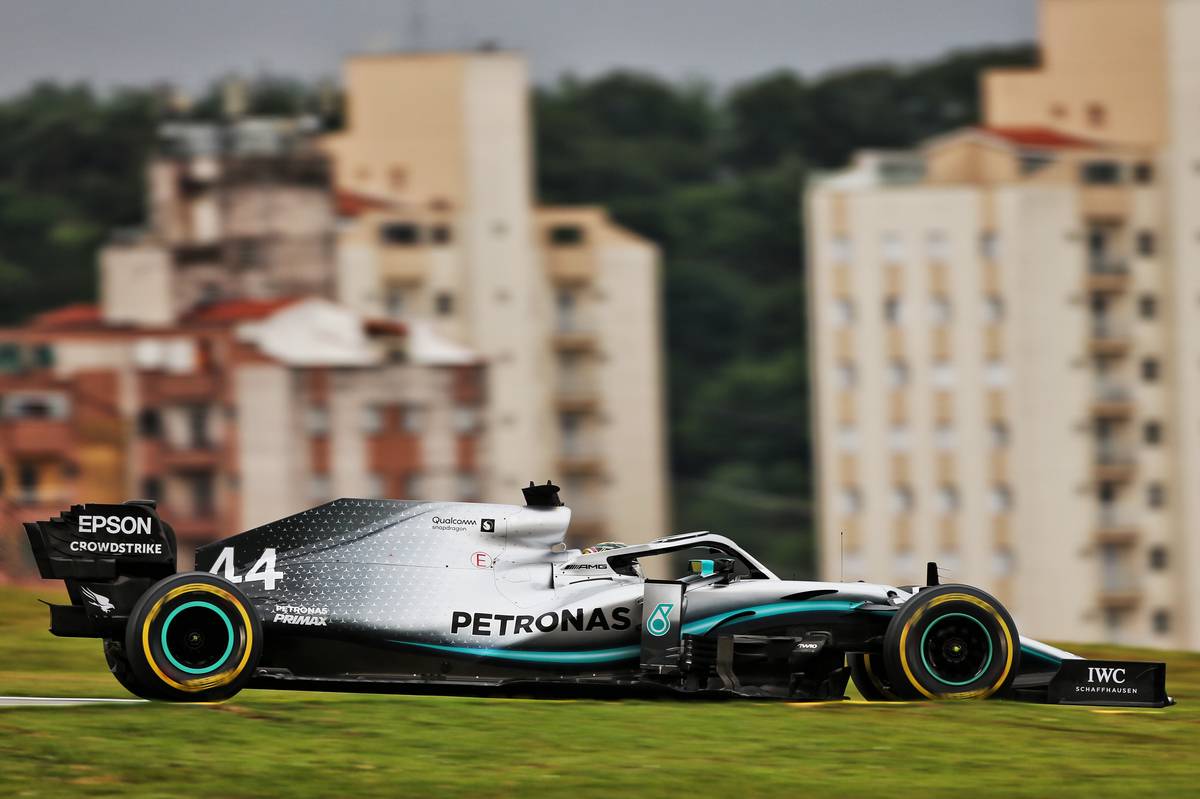 Unsurprisingly, Honda lead the engine replacement race this year with seven failures each for Gasly and Kvyat.

With 15 minutes left on the clock, positions among the front-runners remained unchanged, with Vettel leading Leclerc, Verstappen, Bottas and Hamilton.

An initial superficial analysis of the long runs appeared to indicate a very slight advantage for Mercedes in race trim, although track conditions are likely to be drastically different on Sunday.

Unfortunately, Toro Rosso's day went from bad to worse when Kvyat was seen parked up against the barrier at Turn 12, the Russian's car briefly catching fire at the rear, forcing the marshals to spring into action.

While Kvyat veered off course, the culprit appeared to be a sudden shut-down of the Honda engine, indicating perhaps another power unit failure for the Japanese manufacturer.

Positions among the top ten were unchanged when the checkered flag came out, with Vettel setting the pace. Haas' Kevin Magnussen was 'best of the rest' in P6, followed by Daniel Ricciardo, Kimi Raikkonen, Alex Albon and Carlos Sainz. 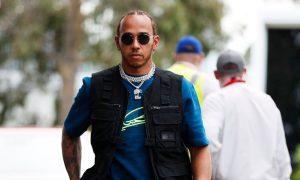 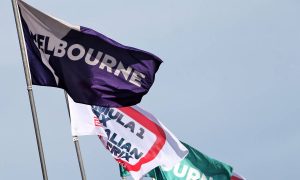 F1 working on 'next steps' after McLaren withdrawal