The speculation of late surrounding Ferrari's engine performance gains, and the FIA's subsequent technical directives, has incited everyone to closely scrutinize once again the red cars' straight-line speed in Brazil.

Topping the speed trap at interlagos in qualifying was, low and behold, Ferrari's Charles Leclerc!

The Monegasque's edge was minimal however, with just 1 km/h separating the top eight fastest cars in a straight line.

The performance will perhaps further confound those who insist the House of Maranello was violating the law before the timely release by the FIA in Austin of a technical directive that forbid a specific fuel flow ploy.

Pacesetter Max Verstappen enjoyed an impressive push from his Honda engine in the Saturday shootout, but Mercedes' Silver Arrows were clear laggards down the straight, a shortfall underlined by Lewis Hamilton immediately after qualifying.

It's worth remembering however that Interlagos is located at 800m above sea level, so cars require lots of downforce to generate grip which in turn compromises straight-line speed, and the higher altitude also means less oxygen for engines.

Still, Mercedes relative weakness in the top speed department is surprising. Is it therefore a slam dunk for Red Bull and Max Verstappen this afternoon? 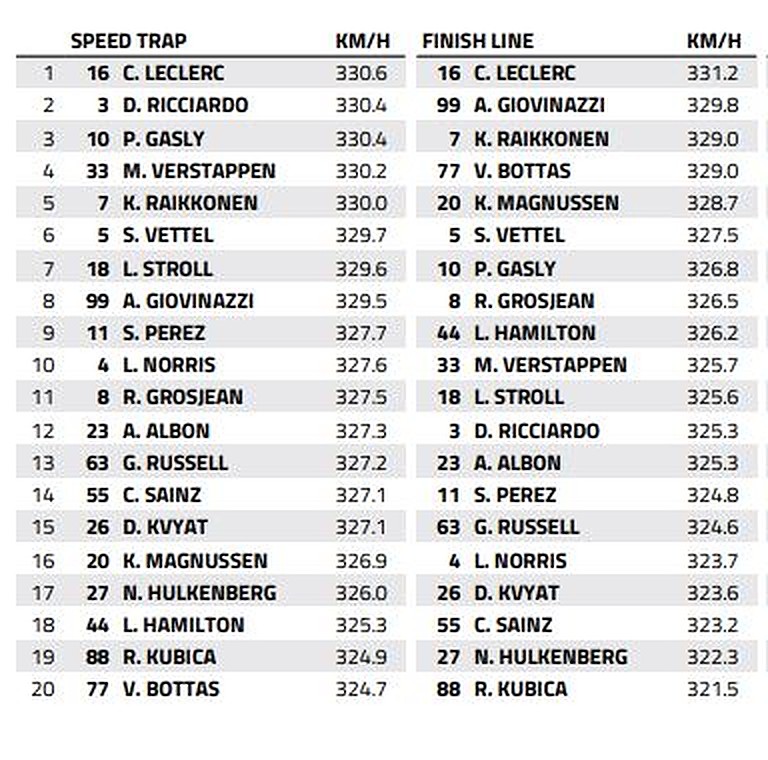 Sainz to go on the attack but points a 'tough' challenge