Lando Norris left Brazil with mixed feelings on Sunday, happy for McLaren and its podium finish with Carlos Sainz but unsatisfied with his own performance which he felt had been undermined by a slow middle stint on the hard tyre.

Sainz' outstanding dash from last to third using a two-stop soft-to-medium tyre strategy was one of the talking points of yesterday's race along with McLaren return to the top-three for the first time since 2014.

But Norris might have well finished hot on the heels of his teammate if he'd followed a similar game plan as the Spaniard.

The 20-year-old enjoyed a feisty opening stint, battling in the thick of the midfield before moving up the ranks and comfortably into the top ten.

But a switch to the hard compound on lap 28 would prove to be a setback for the young Brit who suddenly found himself with "zero pace".

"As a team we got a lot of points which was our aim, especially for Carlos, going from last to fourth, a pretty good job by him," Norris said.

"I know it was a good race, some very good parts of it, some positives and some negatives, the biggest one being the hard tyre stint in the middle. I just had zero pace." 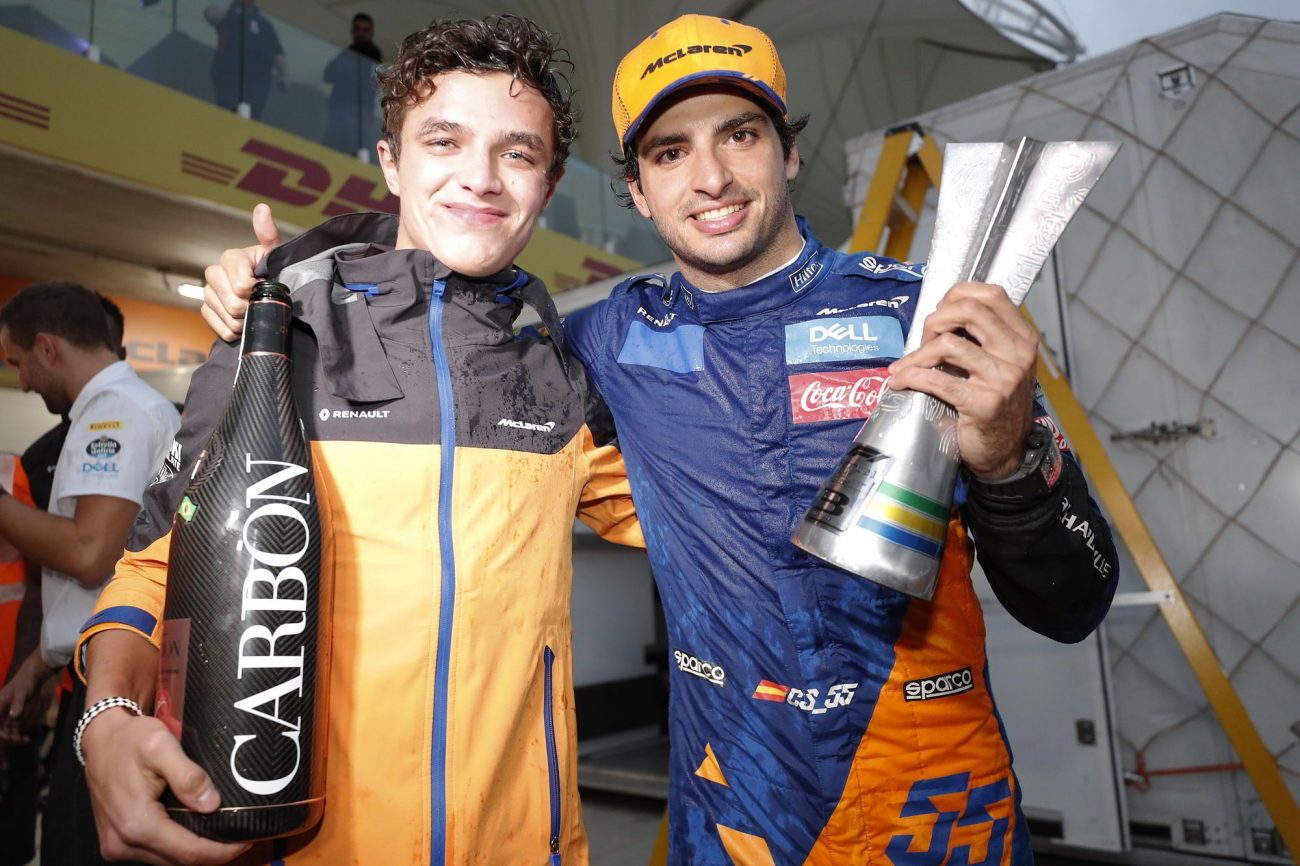 McLaren's MCL34 has typically struggled this season on Pirelli's hardest C1 compound and Interlagos was no different.

"I just didn’t seem to get them working at all. It was a tough stint, I had no pace at all," he added.

"It's something we need to look into, because every time we box into the hard - some tracks it works - but this is the hardest tyre we have."

For Norris, the race's second safety car, which came about after a swap to the medium tyre, would prove beneficial.

"I was then fortunate, with the Safety Car allowing me to make up positions after stopping again for mediums.

"Carlos on the podium, both cars in the points, is a great reward for everyone here and at the factory who have worked hard for Carlos and I this weekend."

Kubica: Punishment for Verstappen near miss was 'correct'