Audi-powered Sam Bird opened the books on the 2019/20 Formula E season with a win in round 1 at Diriyah, the Virgin Racing driver leading home Porsche's André Lotterer and Mercedes' Stoffel Vandoorne.

Poleman Alexander Sims led the field off the grid, the BMW-Andretti drivers keeping his two Mercedes rivals at bay in an all-German powerhouse battle that also included Bird and Porsche's Lotterer.

Nissan e-dams Sebastien Buemi was the event's first casualty, the Swiss pulling off the track and into retirement, unable to restart his car.

Meanwhile, reigning FE champion Jean-Eric Vergne was still locked in P11, his position on the grid, the DS Techeetah driver failing to make inroads into the top ten.

With 17 minutes left on the clock, the Frenchman concluded his low key start to his FE season with a retirement following a damaged front wheel.

Up front, Vandoorne pulled out the stops to seize the lead from Sims while Bird also got the better of the BMW-Andretti driver. 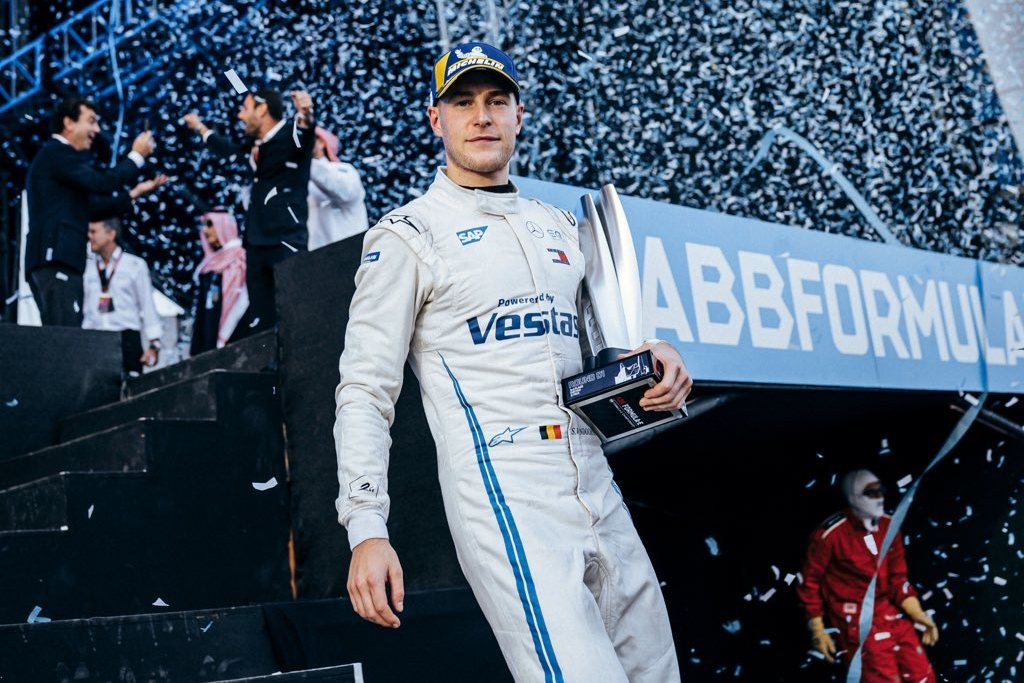 But the Virgin Racing charger was on a roll, making good use of his attack mode to snap at the heels of Vandoorne and pass the Mercedes for the lead with 10 minutes to go, while Lotterer claimed third.

But Belgian took his attack mode and fell behind the Porsche driver soon before the Safety Car was deployed following a collision between Audi's Daniel Abt and BMW's Antonio Felix da Costa, freezing all positions with just three minutes left on the clock.

Behind the top three,  Nissan e.dams Oliver Rowland had snatched fourth from Sims, who continued to fall down the order, while Robin Frijns and de Vries rounded off the top six. 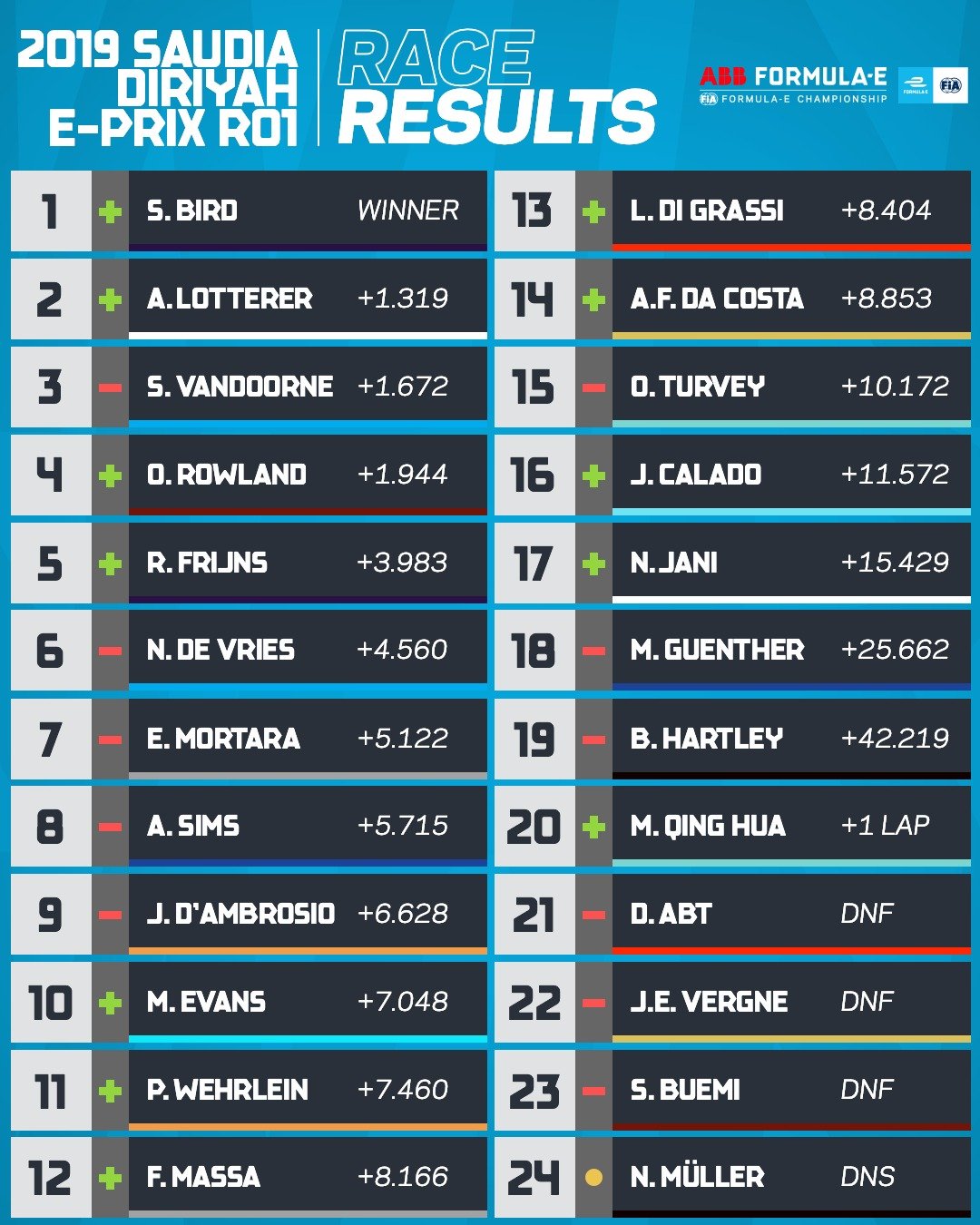 Horner: Hats off to Gasly for 'embracing' Toro Rosso demotion