Lewis Hamilton didn't deny meeting with Ferrari chairman John Elkann, but the six-time world champion insists that any decision to leave Mercedes would not be a quick or easy one.

Hamilton's current contract with Mercedes expires at the end of 2020, but a whirlwind of speculation regarding the Briton's future has already started.

Asked on Sunday in Abu Dhabi about a report from Italy claiming that Ferrari's Elkann had contacted him on at least two occasions this year, Hamilton was coy but didn't deny the story.

"What happens behind closed doors is always private with whoever it is you end up sitting with," Hamilton said.

"For many, many years I’ve never, ever sat down and considered other options because we’ve been just driving straight ahead into the path that we’ve been on.

"I know Toto [Wolff] is also looking at his options in terms of his future. So, I’m waiting to see what he’s doing with that."

Indeed, the Mercedes boss' plans twelve months down the road are also the subject of conjecture, with Wolff rumored to be considering an offer from Formula 1 to follow Chase Carey as the sport's chief executive officer.

However, pundits are linking that prospect - considered as remote by many - to Mercedes' potential retreat from F1 as a works outfit at the end of next year, a scenario also seen as unlikely.

Queried on his star driver's future, Wolff is confident that Hamilton will extend his allegiance to Mercedes, putting the Briton's chances of racing on with the Silver Arrows outfit beyond 2020 and 75%.

"But equally, there is a 25% chance that we are not in control of," said the Austrian who is giving Hamilton a free rein to negotiate with Ferrari, insisting that it is "a free world" and recognizing that "everybody needs to explore career options". 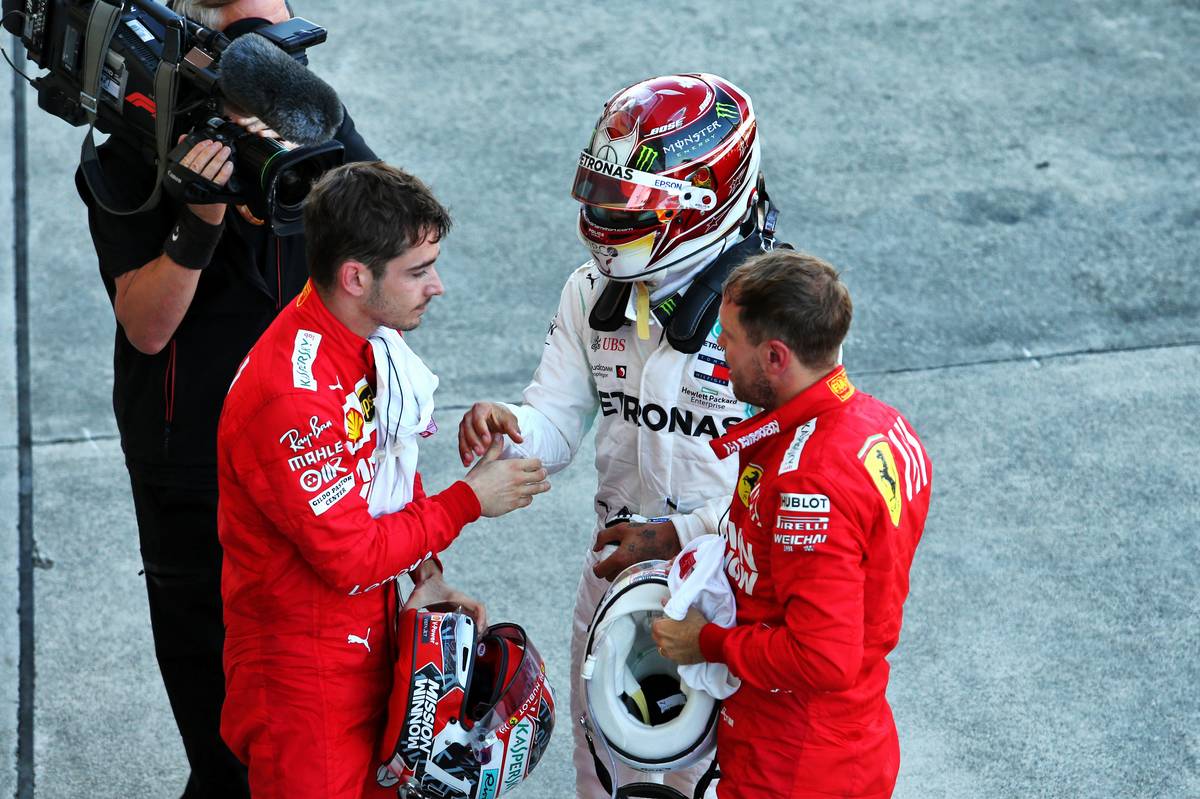 Regardless of the outcome, Hamilton has vowed to take his time and think long and hard about his F1 future.

"I love where I am so it’s definitely not a quick decision to go do something else," he said.

"But of course, it’s only smart and wise for me to sit and think of what I want, if it is the last period or stage in my career."

Perez: Move on Norris 'one of the best of my career'