Valtteri Bottas ensured that Mercedes continued their dominant form at Yas Marina, topping the timesheets on the first day of the post-season tyre test by almost nine tenths of a second over Ferrari's Sebastian Vettel.

Bottas completed 138 laps on Tuesday and set a top time of 1:37.124s during the afternoon, which compared to Lewis Hamilton's fastest lap of Sunday's Abu Dhabi Grand Prix of 1:39.283s.

It's the Finn's last day at the office of 2019. He hands over the keys to the W10 to George Russell for Wednesday's second and final day of testing.

Until Bottas snatched the top spot away, Vettel had been quickest of the 12 drivers taking part in today's test with a best time of the day of 1:37.991s having competed two laps less than Bottas.

However the Ferrari experienced technical issues in the morning, and was tapped into a spin at turn 11 on the back straight during the afternoon following contact with Racing Point's Sergio Perez.

Perez finished the day fourth fastest, a couple of tenths slower than Daniil Kvyat and ran for 72 laps after taking at Toro Rosso from Formula 2 driver Sean Gelael for the afternoon.

Romain Grosjean was fifth for Haas, followed by Lando Norris and Max Verstappen for McLaren and Red Bull respectively, with the Dutch driver topping the mileage for the day with 153 laps behind the wheel of the RB15.

Esteban Ocon made his return to Formula 1 for the first time in a year as he donned Renault colours for 77 laps on Tuesday. His best time of 1:39.962s after 77 laps proved good enough for eighth on the day's final timesheets. The Frenchman will be back on duty tomorrow. 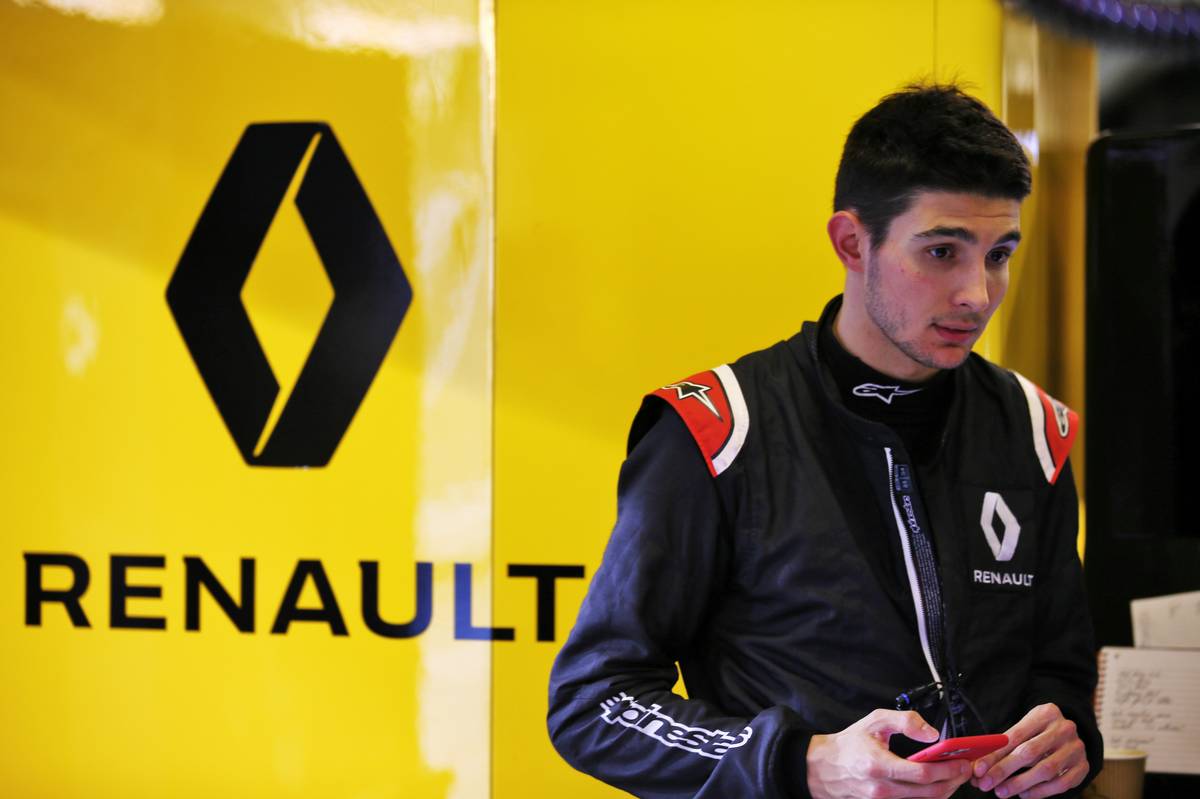 Russell was ninth in the Williams after completing 87 laps before handing over to former Campos F2 driver Roy Nissany, in the 25-year-old Israeli's first official F1 session. Kimi Räikkönen was tenth for Alfa Romeo.

Teams have been allocated ten sets of tyres for each of the two days. 12 of the total of 20 sets per car have been chosen by Pirelli, with the team deciding on the rest.

The sets consist of a mixture of 2019 and 2020 tyre compounds in order to allow drivers to make back-t0-back comparison about the new compounds ahead of a decision over what will be used in 2020.