A Ferrari driver has finally clinched the 2019 drivers championship at long last - at least in the virtual world of the F1 New Balance Esports Pro Series, that is.

The first Pro Draft pick of 2019, David Tonizza had came into the final three-race event at London's Gfinity Arena leading by 26 points, only to find himself ousted from the top by back-to-back wins for Red Bull’s Frederik Rasmussen in races at Suzuka and the Circuit of the Americas.

Despite falling four points behind heading into the last race of the year which was set at Interlagos, the Italian held his nerve. Starting the finale from pole position, he went on to finish in second while Rasmussen could only pick up a single point with tenth place.

It meant that Tonizza ended the season on 184 points, with Rasmussen second with 171 points. The pair were well ahead of Alfa Romeo’s Daniel Bereznay who ended the season in third place on 128 points after winning the finale, followed by Renault’s Jarno Opmeer.

It was the Ferrari Driver Academy Team's first year participating in the Esports series, as they were the last of the ten real world F1 teams to sign up for the virtual competition.

Tonizza told Motorsport.com that picking up this year's title was "a huge relief" and the product of a lot of work throughout the year.

“I put in a lot of effort, I had a lot of ups and downs," he explained. I’ve made a lot of mistakes, but I will come back stronger in the next season.

"I want to improve myself as a driver, also as a person with Ferrari," he added.

Despite Tonizza's personal success, he was the only driver in the Ferrari line-up to score any points in the entire campaign. It meant the squad finished as runners-up in the team standings.

With a total of 246 points for the season, Red Bull were able to celebrate clinching the team championship thanks to the combined efforts of Rasmussen and his fellow drivers Joni Törmälä and Nicolas Longuet.

Rasmussen had initially intended to sit out the final race in favour of Longuet before Red Bull Racing boss Christian Horner telephoned the team on site to tell the Dane to take the wheel. 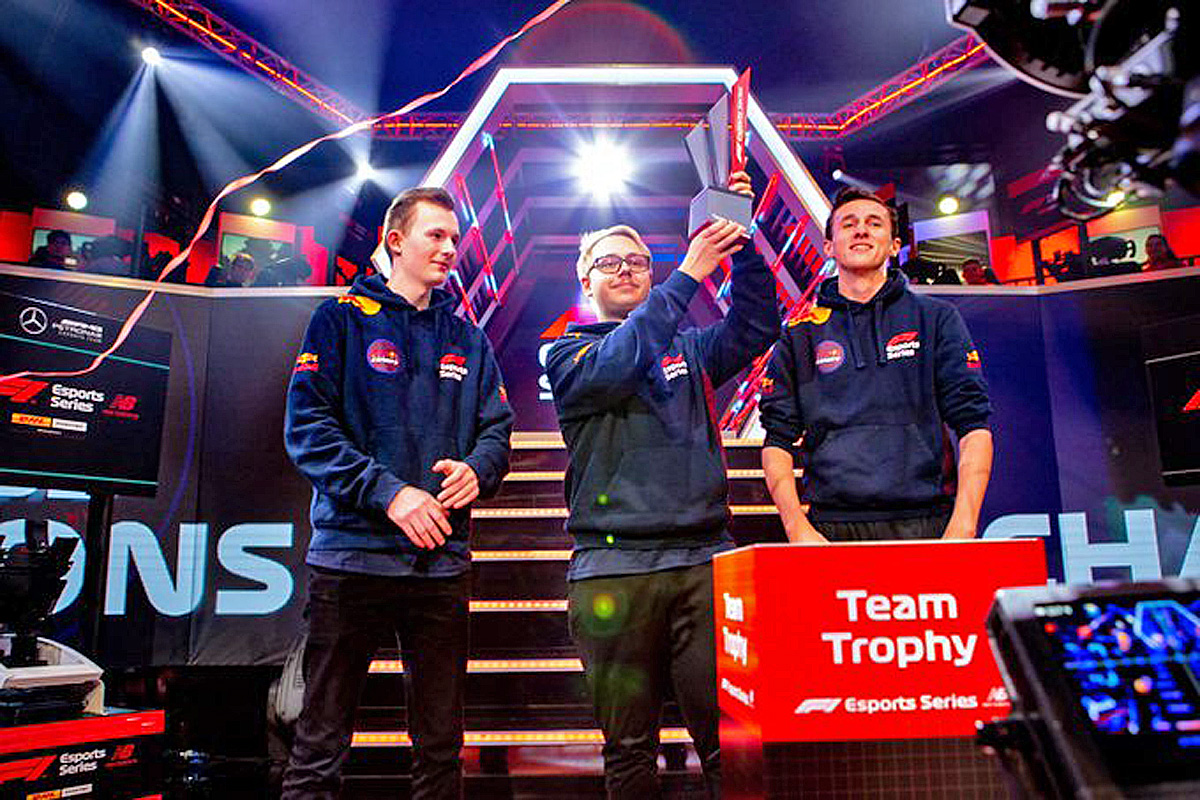 “A lot of practice hours have gone into this title so it feels really good to have finally won it," said Rasmussen. "My teammates have been great and a big help so we definitely couldn’t have done it without them.

"Joni did so much set-up work, it’s insane how many hours of practice he did and Nicolas did great in his race and practices as well.

"Nicolas was due to race in the final round so I wasn’t expecting to be driving, but with a four point lead in the driver standings we decided as a Team that we would swap back and I would go for it.

"It was a fun race and we didn’t quite make it, but the teams’ title is definitely the focus and we are all very happy.”

“It’s a fantastic achievement for the Red Bull Racing Esports Team to win the Championship in only its second year," commented Horner.

"The level of competition has been extremely high and just like in the real world our drivers have really had to deliver consistently at every event to come out with the teams’ title.

"Congratulations to everybody involved and we’re very proud to have won the Championship.”

However it was a disappointing outcome for defending champions Mercedes which finished the season in eighth in the standings and without a single race win. Their two-time drivers champion Brendon Leigh was only fifth overall this time around.