Former Formula 1 team boss Eddie Jordan reckons that Lewis Hamilton will definitely be tempted into a switch to the Ferrari squad in 2021 after his current contract with Mercedes expires.

“I’m absolutely certain that in 2021 Lewis Hamilton will move to Ferrari," he told Top Gear magazine this week. “It would be the right time for Lewis to go to Ferrari.

“He’s coming to the end of his career but he still wants to win his seven or more titles," he added.

And Jordan controversially suggested that Hamilton wouldn't be alone in making the move from Brackley to Maranello at the end of next season.

“Lewis would only go to Ferrari if someone could protect him against any possibility that Charles Leclerc could usurp him," Jordan continued.

"The real belief that I think Lewis will go to Ferrari in 2021 is that Toto Wolff’s contract also expires at the end of next year," he explained. "So Ferrari would bring Toto along too.

"Toto goes with him, because as I said, Lewis won’t leave himself exposed, and it will be his way of bringing an equaliser."

Wolff's future in the sport has indeed itself been the centre of recent speculation. Doubts about Mercedes' long-term future in the sport as a works team have given rise to growing gossip linking him to a move into a management role with F1's owners Liberty Media.

"[Toto] knows Mercedes’ long-term future in Formula 1 is not a certainty," Jordan pointed out. "Indeed, Lewis has mentioned Toto’s contract on more than one occasion, which is unusual for an F1 driver to do."

While the Austrian recently hinted he was more likely than not to stay where he was with the Silver Arrows, Jordan thinks he's too tempting a prize for rival teams not to make a bold move for his services.

And after a season of costly mishaps and miscues at the Scuderia, Jordan reckons that Wolff is exactly the sort of personality that Ferrari needs to bring in to take charge if they want to win the championship. 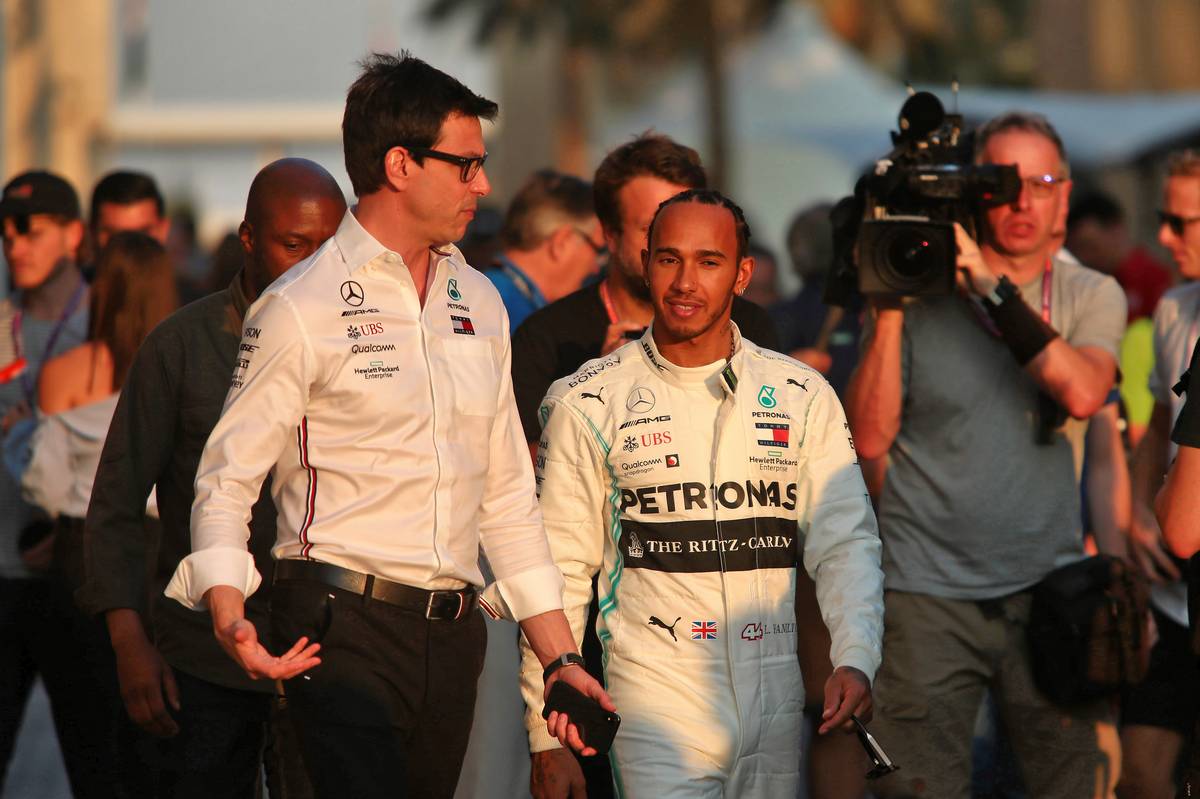 "What they don’t have is that person on the pit wall to guide the team, in terms of how they structure the race strategy," he said. "Toto knows that. Racing is in his blood, and he’d love to have a name like Ferrari on his CV too."

Even if Ferrari did secure the services of Hamilton and Wolff, Jordan thinks it unlikely that they would ever be willing to give up their rising young star Charles Leclerc, who has already given Sebastian Vettel such a hard time in 2019.

"Do Ferrari need two number ones? No, but they won’t let go of Leclerc," Jordan stated. "It would be a huge feather in Leclerc’s cap to potentially beat Hamilton in the same car. He has the potential to be a great."

But what about Ferrari's other current driver, himself a multiple world champion?

“Vettel will retire at the end of 2020, he can’t go back to Red Bull because he’d get creamed by Max Verstappen," Jordan reasoned. “However if Mercedes did decide to stay on in F1, it might work for Vettel to go there. [It would be] a consolation prize for losing Lewis."

The theories about Hamilton and Wolff both seeing red in 2021 might seem a little far-fetched.

But the 71-year-old Irishman - who ran the eponymous Jordan Grand Prix team between 1991 and 2005 - still has deep contacts within the F1 paddock. And other recent wild theories that he's come up with in the past have ended up turning out to be troublingly accurate...