Former driver Jos Verstappen says he's enjoying Formula 1 second time around with his son Max, rather than when he was the one behind the wheel.

Verstappen took part in 106 Grand Prix races beginning with his debut with Benetton in the 1994 Brazilian Grand Prix. He was on the podium twice that year and was tenth in the championship.

He subsequently had stints at Simtek, Footwork, Tyrell, Stewart, Arrows and Minardi, but never finished better than that maiden partial season before retiring from the sport in 2003.

Verstappen says that he "really doesn't care" about his own track record in F1 and prefers not to even talk about it these days. He admits that mentoring his son has become his life's work.

"I have done more for Max's career than for my own career," he told Dutch publication Formule 1 this week.

“Max was my life project, yes," said the 47-year-old. "I wanted to win with him, become a champion. We had a goal together.

"I found the time with Max in karting much more fun than my own career," he added. "When you can achieve something like that with your own child, it is much more intense than when you do it for yourself."

Max Verstappen made his way up through Formula 3 to make his F1 test debut with Toro Rosso in 2014. He was included in the full-time driver line-up the following year, and in 2016 was promoted to the senior Red Bull squad. 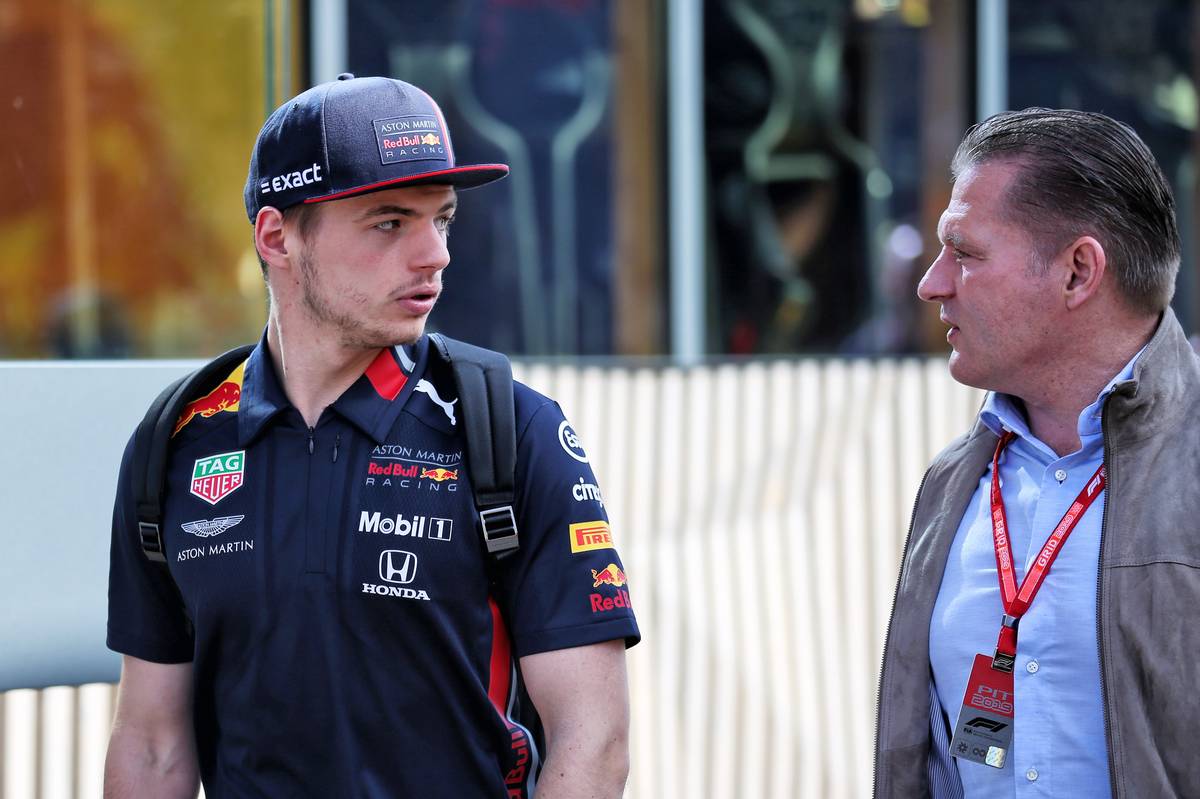 In his first outing with the team in Spain, he immediately secured the first of his eight wins to date. In total, the 22-year-old has now completed 102 races and finally achieved his first F1 career pole position this year in Hungary.

The younger Verstappen acknowledged the contribution that his father had made to his rapid heights to the top of the sport.

“What he has done for me is of course unbelievable, I can never thank him enough for that," Max said.

“Of course there are enough fathers who have done a lot for their child. But that intensive?

"All those trips to Italy, building up and breaking down my karts if they were flat, tuning my engines, the parts ... I can't even mention it all."

Max is understandably impatient to clinch his first world championship, with speculation linking him to a move to Ferrari if his current Red Bull-Honda set-up can't deliver a title winning package.

But Max admitted that his outspoken comments about suspicions over the legality of Ferrari's power unit in 2019 might have permanently closed that door.

“I’m probably too frank and direct, a big mouth," he told Autocar recently. "I’m not a robot outside the car, and I’m happy about that. That’s how I was raised.

"Sometimes it can work against me, but I see the good side,” he added.

Formula 1 attendance figures on the rise for 2019