Max Verstappen believes that joining Ferrari in the future is an unlikely prospect, because of the presence at the Italian outfit of Charles Leclerc.

Verstappen's current contract with Red Bull will expire at the end of next year, and speculation about the 22-year-old's future - and that of a few of his front-running rivals - has already ramped up.

Pundits are assuming that Sebastian Vettel is unlikely to extend his stay at the House of Maranello beyond 2020 given the pressure exerted on the German by Leclerc.

While the Scuderia could make a bid for Lewis Hamilton, the prospect of Verstappen moving to the Italian squad in 2021 took a hit this week when Ferrari chief executive Louis Camilleri lashed out at the Dutchman, criticizing the Red Bull charger for chucking cheating allegations at the team earlier this year.

But Verstappen himself has downplayed his chances of passing through the gates of Maranello, at least as long as his old rival Leclerc is in the house.

The two drivers, who are seen as Hamilton's natural heirs in F1, enjoyed a few good wheel-to-wheel battles this year, but putting them on opposite sides of a team's garage would likely entail explosive consequences.

"I don't think that will happen", Verstappen told Ziggo Sport. "I get along well with him. It's hard racing, but that is part of it."

"He has no influence whatsoever on whether I might get a seat at Ferrari. But I don't think that will happen.

"You shouldn't have two potential numbers one next to each other. He's no slouch, is he?" 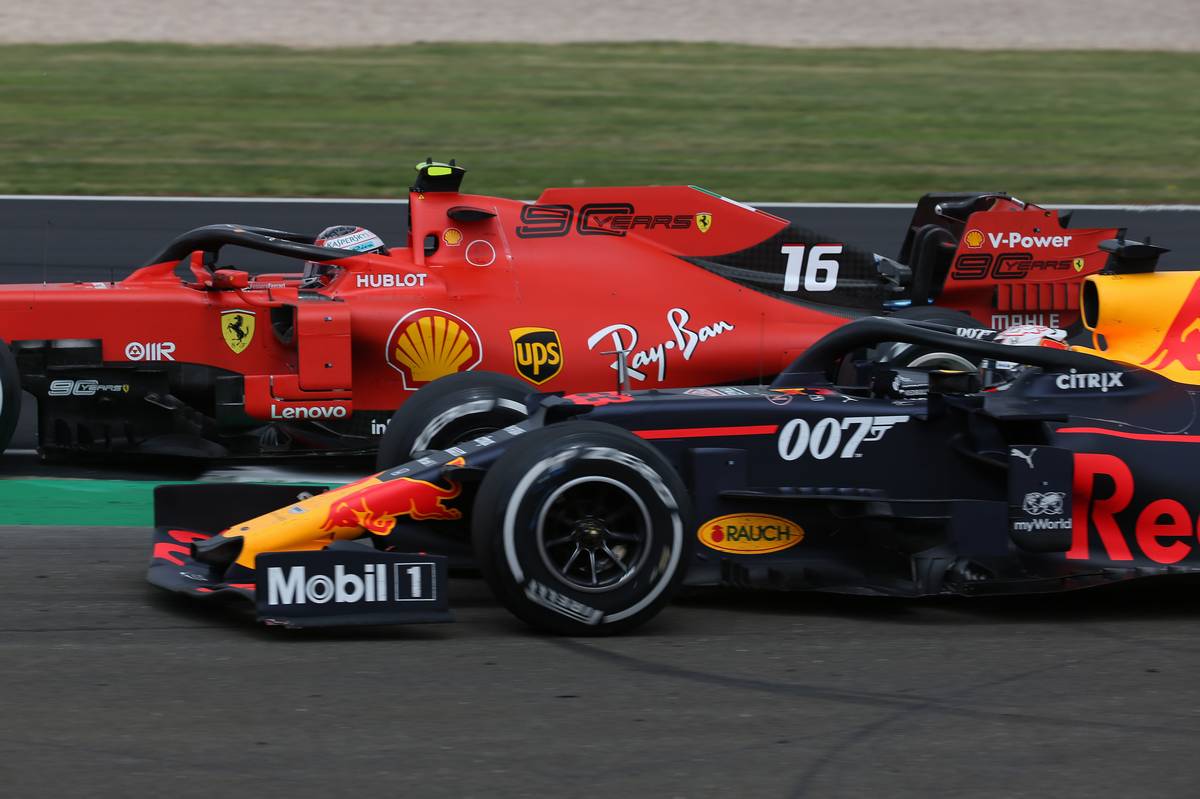 Verstappen and those looking after his interests will likely play their cards close to their chest next season.

But if Red Bull and Honda can supply their man with a winning package in 2020, there will be no need for Verstappen to move away from his surrogate family.

"We all want to win," he said. "We have the winners’ mentality in this team and we want to get back to those days of dominance.

"We want to win more races, which hopefully means we’ll be fighting for the title!"

But battling for top honours also implies that Honda will deliver the goods on its end, something Verstappen feels confident about after powering to three wins this season with the Japanese manufacturer.

"I am really impressed with how Honda work," Verstappen said. "There is no limit, they will do everything for you.

"There’s a lot of potential there. Throughout this year every goal they set, or everything they promised, they delivered and more.

"That’s what you want to see, so I’m very happy we’re continuing the partnership and I hope we can go even further next year."

Hulkenberg: 'Part of me is excited about closing this chapter'