Tatiana Calderon is aiming to become the first female driver to take part in the Japanese Super Formula series this season.

As well as serving as Alfa Romeo's F1 reserve driver, the 26-year-old Colombian had just completed her maiden year in the FIA Formula 2 championship with BWT Arden. She was team mate to Anthoine Hubert, who tragically died in a fatal accident at Spa in August.

With Arden quitting the series, Calderon was left seeking new challenges elsewhere in the world of motorsport. She has now secured a seat with the Honda-powered ThreeBond DragoCORSE squad, which is returning to Super Formula for the first time since 2016.

“With ThreeBond DragoCORSE participating in the Super Formula series from this year, we conducted an extensive search for a driver,” said team owner Ryo Michigami who will himself continue to drive for the team in the SUPER GT GT300 class.

Michigami said that by selecting Calderon, "We have fulfilled another of my wishes for ThreeBond DragoCORSE: to always strive after new things and create history.

“I encourage you to be on the lookout for ThreeBond DragoCORSE and the girl power of Tatiana Calderon," he added. "And I hope to see all of our fans at the circuit!”

Calderon had previously accepted an invitation to attend the W Series 2020 driver selection event in Almeria, southern Spain in September in an advisory role, despite having previously described the all-female championship as a "step backwards" for women in motorsport.

She subsequently decided against pursuing a place in the W Series, saying she had "no interest" in taking part despite losing her F2 place when Arden gave up its place to HWA which quickly confirmed a driver line-up consisting of Ferrari junior Giuliano Alesi and series veteran Artem Markelov.

"It's looking very difficult to stay in F2," she said in December. "The budget is a big issue at the moment as well, so we are looking at other opportunities at the moment, still with the mind that I want to reach F1."

Calderon will also take part in the 24 Hours at Daytona this month alongside Katherine Legge, Ana Beatriz and Christina Nielsen in the all-female GEAR Racing team. 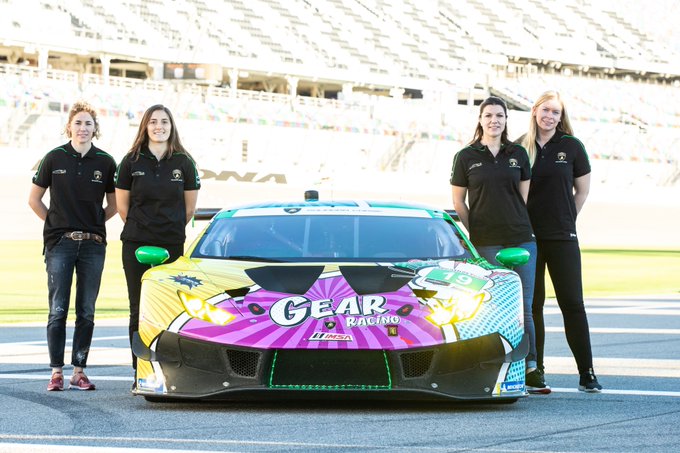 While she may be the only women driver on the Super Formula grid in 2020, she won't be the only rookie. Also among those also taking up places will be Red Bull protege Juri Vips, who raced for the HitechGP team in the inaugural FIA Formula 3 championship last year in which he finished in fourth place in the drivers standings.

And Pietro Fittipaldi will also be back in Japan, having made his debut in the championship in 2017. Plans to run a full season with Team LeMans were thwarted when Fittipaldi was injured in a World Endurance Championship racing accident at Spa just a few weeks later.

The 23-year-old Brazilian driver, the grandson of two time Formula 1 champion Emerson Fittipaldi, went on to compete in the IndyCar Series with Dale Coyne Racing and spent 2019 in DTM and the F3 Asian Championship.

F2 race winner Nobuharu Matsushita had also been expected to be among the Super Formula intake for 2020, but his name was notably missing from Honda's announcement on Friday.