Williams F1 deputy team principal Claire Williams says that the squad's new development driver Dan Ticktum is one of the best drivers that they have seen in the simulator.

Ticktum was formerly a part of the Red Bull junior driver programme and was runner-up to Mick Schumacher in the 2018 FIA Euro F3 Series.

He had been touted as Helmut Marko's preferred candidate to step into F1 with Toro Rosso, but lacked the superlicence points to do so and the spot went to Alexander Albon instead.

The 20-year-old Londoner was subsequently dropped by Red Bull after a disappointing start to his 2019 Super Formula campaign, just three races into the season.

Williams has now picked up Ticktum as part of its revamped test and development programme after being particularly impressed by his work in the simulator.

"When we put him in our simulator, the guys said he was one of the best drivers they’ve ever seen," Williams told MotorsportWeek.com this week.

"He’s got great talent. I think it needs harnessing, but we have experience doing that," she added. "It’s going to be really interesting with Dan and we’re looking forward to working with him."

Ticktum's split from Red Bull came amid rumours that Marko wasn't happy with his professionalism. Previously, he had been handed a lengthy ban from motorsport in 2016 for deliberately crashing into a rival behind the safety car during a MSA Formula race.

But Williams wasn't concerned about how he would fit in at Grove, and said there was no question of any prima donna behaviour.

"He knows what’s expected of him and how he needs to behave," she insisted. "Everyone has to roll their sleeves up and do the job in the way that is expected of them.

"He’s one person in a team of 750," she continued. "We’ve always had the attitude at Williams that no one is more important than anyone else.

"Dan knows and understands that," Williams added. "With the experiences that he’s had now, I think he’s matured a lot and is willing to get his head down and just do the job that we’re asking him to do.”

As well as joining the Williams’ Formula 1 Driver Academy, Ticktum will also take part in the 2020 Formula 2 championship where he will be driving for reigning team champions DAMS. 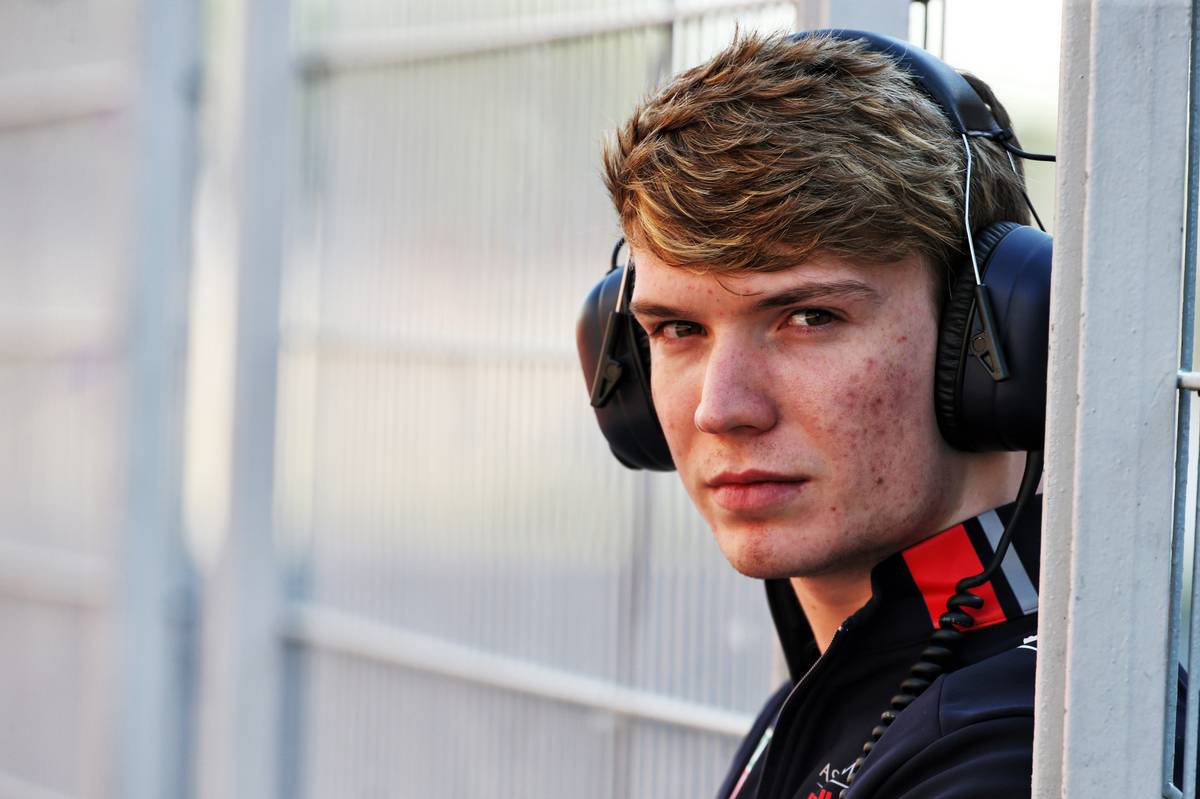 It's a second chance for Ticktum, who looked at the verge of being permanently left out in the cold after his split with Red Bull.

"[Dan is] a great British talent that shouldn’t be lost in our sport, for whatever reason," Williams insisted.

"The way testing is now in Formula 1, it’s so difficult for these guys to get any kind of air-time to showcase their talent, or the develop their talent.

“Programmes like the academy are so important, so that we can take that talent that can potentially be lost and give them the opportunities," she continued.

"The FP1 sessions - or the test days, whatever - in order to see what they can do, so we don’t potentially lose talent that otherwise may be lost.”

However Ticktum won't be the team's official reserve driver, a position that has instead gone to Israeli driver Roy Nissany who took part in post-season testing with the team at Abu Dhabi last month. Like Ticktum, Nissany will also be racing in F2, for Trident.

And the Williams simulator duties will be shared with W Series champion Jamie Chadwick, who confirmed earlier this month that she had been retained in her development role at Williams for a second season.