Nick Fry, the former chief executive officer of the Mercedes F1 team, denied Nico Rosberg's claims that Michael Schumacher indulged in mind games with his teammate during their years together.

Schumacher and Rosberg spent three years alongside reach other at Mercedes, from 2010 to 2012, after which the seven-time world champion retired from F1 and was replaced by Lewis Hamilton.

Rosberg delivered to the Silver Arrows squad its very first win of its modern era when the German triumphed in China in 2012.

While the 2016 world champion claims to have been inspired and motivated back in the day by his prestigious elder, Rosberg also said that Schumacher's competitive behavior and habit of trying to get into the head of a rival, be it his own teammate, was a psychological issue he had to contend with.

Rosberg once recounted how 'Mr Mind Games', as he called Schumacher, once barricaded himself in the team's toilet, minutes before qualifying in Monaco, stalling for time, as his teammate repeatedly knocked on the door with a pressing need.

"I managed to do what I needed to do but the panic had such an impact with my qualifying," remembered Rosberg.

"While I'm with my oil bucket, the door opens, Michael walks out and as soon as he leaves from the corner he starts walking faster because he knows it's like two seconds to go until qualifying."

But Fry, who was managing the team at the time doubts the veracity of Rosberg's story and his claim that Schumacher was a master at mind games.

"I have no idea if that's true, I'd be surprised if it was," Fry said in a Flat Chat podcast.

"People like to characterize Michael as this dastardly German who played all sorts of tricks. And I can honestly say I didn't see that.

"What I saw was someone who was very good at being a great team player. I've seen both sides of the coin. 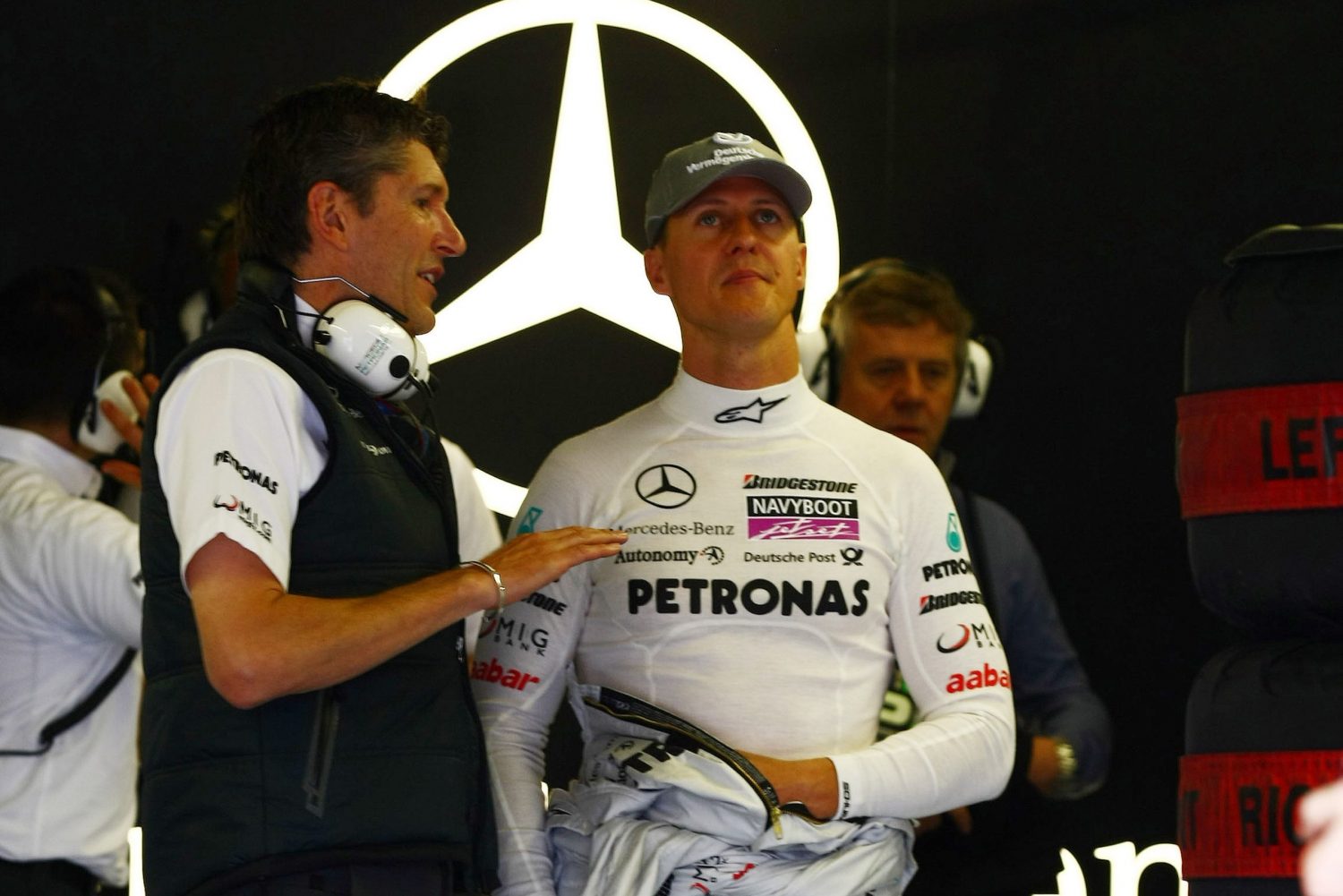 "My introduction to Formula 1 was working with Jacques Villeneuve who seemd at that to take great delight in walking to the car with his helmet on, so he didn't have to talk to anyone.

"He didn't seem to have much of a relationship with the mechanics or even know who the hell they were, whereas Michael was at the other end of the scale."

Fry has the utmost admiration for the F1 legend who had an uncanny ability to rally a team around his cause.

"And that’s why he was so immensely successful over along period of time.

"I didn't see any particular mind games or silliness between the two drivers, in fact quite the opposite. I saw almost a fatherly approach from Michael.

"When all is said and done with Michael Schumacher, I think he'll on an even higher pedestal than he is in most people's minds now."