The 2019 French Formula 4 champion Hadrien David has been announced as the newest addition to the Renault Sport Academy.

It's part of the reward the 15-year-old receives as a result of winning the regional title last year, in his debut season in single-seater racing that saw him clinch seven wins and seven podiums across the 21-race campaign.

“It’s a dream come true to join the Renault Sport Academy on the back of my French Formula 4 title triumph last season," said the young Frenchman who hails originally from Royan.

He will now spend this year competing in the Formula Renault Eurocup with MP Motorsport. Last year's winner of that title, Australian hopeful Oscar Pisatri, has also just been signed up by the Renault driver development programme in advance of a maiden season in Formula 3.

"I can’t wait to be wearing Renault team colours in 2020 and competing in the Formula Renault Eurocup, a championship I’ve been watching since I was young," said David.

"It’s going to be a very competitive series, and I’ll be the youngest driver on the grid too, but that’s a challenge I’m looking forward to taking on," he continued. "It’s going to be great having the Academy’s support and I’m sure we can achieve good things this season."

His rapid rise at such a young age means David is already firmly on the radar of Formula 1 team bosses.

"Hadrien is very young, and it’s impressive that he already has a single-seater title on his CV after winning French Formula 4 last year," agreed Renault Sport Academy Director Mia Sharizman.

"The Eurocup provides an excellent platform for him to develop and prove the exciting talent that he is. We’ll be doing our best to help him develop this year.” 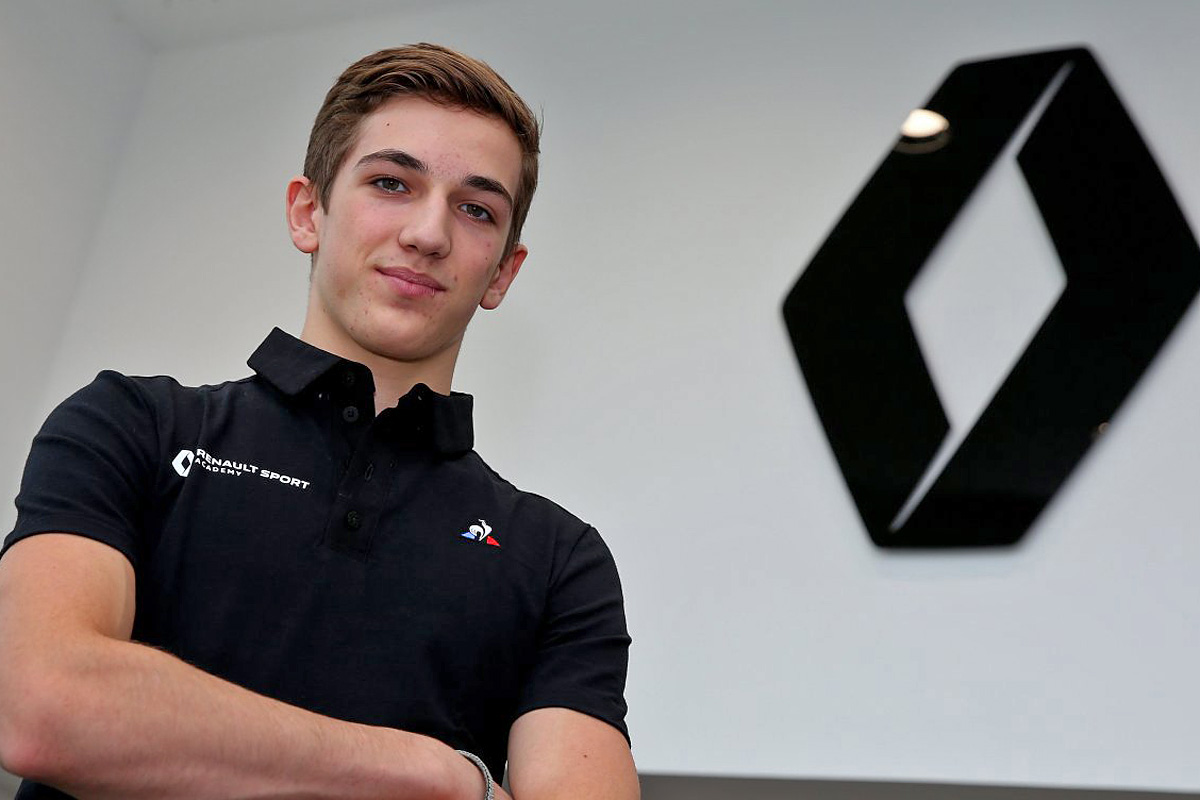 As well as David and Piastri, existing Academy drivers Guanyu Zhou, Christian Lundgaard, Max Fewtrell and Caio Collet have all been retained for 2020.

“This year’s line-up is the strongest we’ve had in the last four years of the Renault Sport Academy," commented Sharizman. "We’ve struck a balance between experienced and rookie drivers and we believe we can compete for titles across all junior championships in which we’ve entered.

"As the years progress, we are moving closer to the point where we want to have an Academy driver in contention for the Formula 1 race seat. We remain hopeful that this year is a breakout year for this to happen.

"We already know what Max and Christian can do, and they are entering their fourth year on the programme. We were also pleased with how both Zhou and Caio performed in their first season with the Academy. All drivers have their own targets this year, which they know they have to meet."

Already the official lubricant supplier of the Enstone technical centre and Viry-Châtillon engine operations base, Castrol will now be supporting Renault in series including the Clio Cup France, Clio Trophy France and Formula Renault Eurocup, as well as Clio Cup Italia, Spain, UK and Central Europe.

"We are extremely happy to begin a new chapter of our relationship with Castrol," commented Renault Sport Racing managing director and F1 team boss Cyril Abiteboul. "Castrol is an industry leader in its field with a rich heritage in motor racing and feeder series.

"We are proud to be able to count on a partner of such renown and expertise," he added. "It also shows the attractiveness of our customer racing activities in the eyes of major players in the sport and the industry."