McLaren launched its 2020 contender on Thursday in Woking, the MCL35 whose most striking feature is the car's papaya and blue matte livery.

McLaren has followed Red Bull and Ferrari by also relying on a matte finish, something initiated by the former two seasons ago for technical reasons as the matte clear coat apparently a small weight benefit.

The MCL35 also appears to feature a narrower nose (void of openings) compared to its predecessor that won the team its honorary title of 'best of the rest' in 2019, and front wing mounts that act as turning vanes.

The MCL35 is predictably a slight evolution rather than a revolution, but it's an overall tidy looking machine that looks fit to build on the team's step forward achieved in 2019.

"This is an important moment for the entire team," said McLaren F1 boss Andreas Seidl. "Today is another step on our journey.

"It is important not to be complacent, this will be a tough season. Nothing comes easy in Formula 1 and the competition at the head of the midfield will be intense.

"We have six days of testing to prepare for the start of the new season and Carlos, Lando and the whole team here at the MTC and at track are ready." 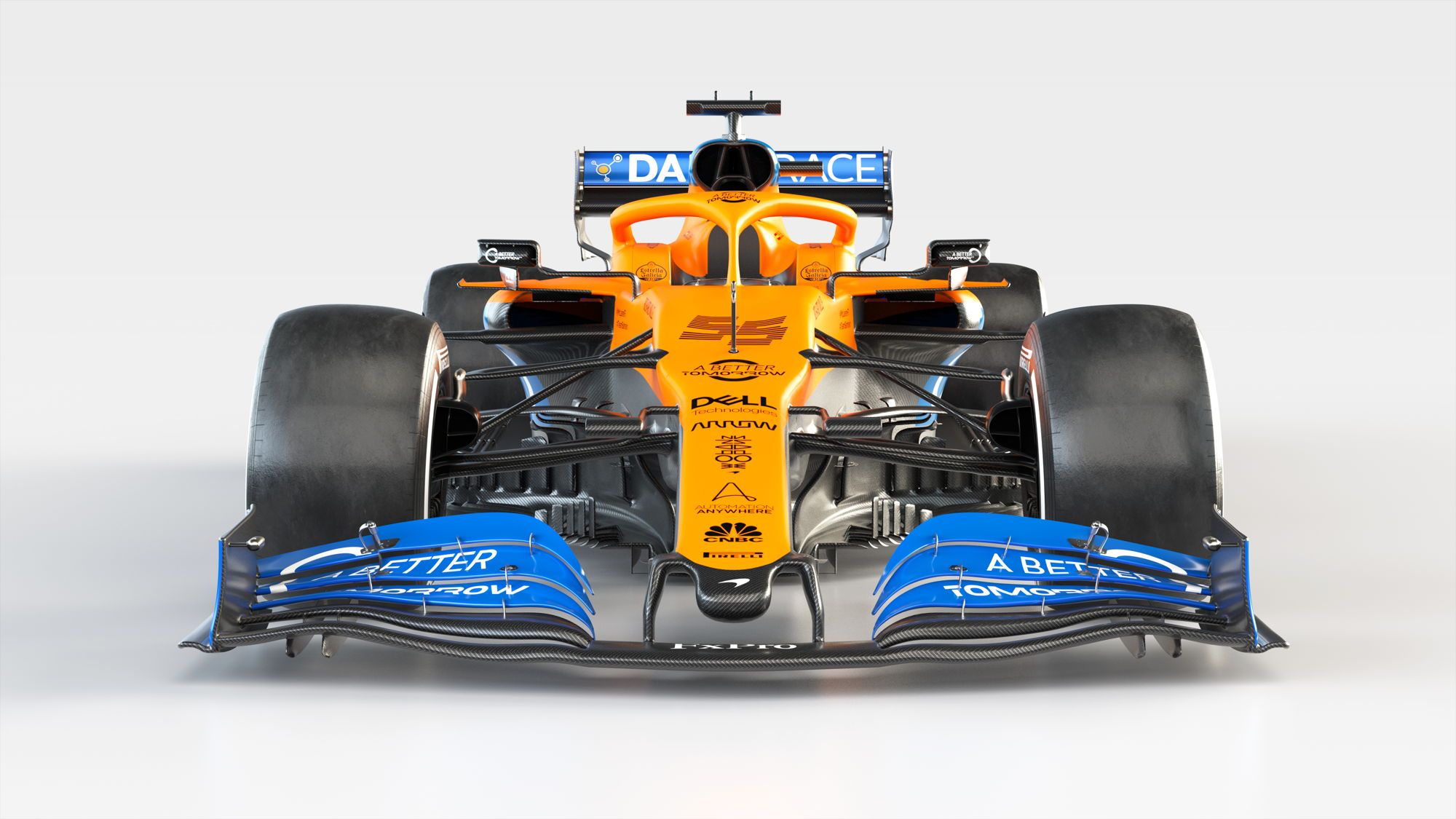 After reviving a glimpse of its former luster last year, McLaren aims to consolidate its position at the top of the mid-field.

"Last season we delivered what we set out to do – secure a hard-fought fourth in the Constructors’ Championship.

"Our positive on-track momentum and the renewed energy in the team has seen us grow our valued partner family and global fan base and we look forward to a hugely competitive season.

"While we are enjoying going racing again, we remain measured and focused, and all of us at McLaren keep pushing fearlessly forward."