The fourth round of the all-electric series was disrupted at the outset when André Lotterer, who delivered to Porsche its maiden Formula E pole, clashed with Evans as the pair ran side-by-side into Turn 1.

The German driver was forced to run wide, losing several places in the process, while Evans took command, never to look back.

After the string of cars made its way through the packed Foro Sol stadium to complete its first lap, Geox Dragon's Nico Mueller ploughed into the wall at Turn 1, a mishap that triggered a Safety Car.

Shortly after the restart, with Evans still firmly in control, Venturi Racing's Felipe Massa clipped the wall and inflicted terminal damage to his car.

Up ahead, Envision Virgin's Sam Bird overtook Nissan e.dams' Sebastian Buemi to move into second and lead the chase, while Lotterer continued to lose ground, shedding bodywork in the process which in turn forced the Porsche driver into retirement. 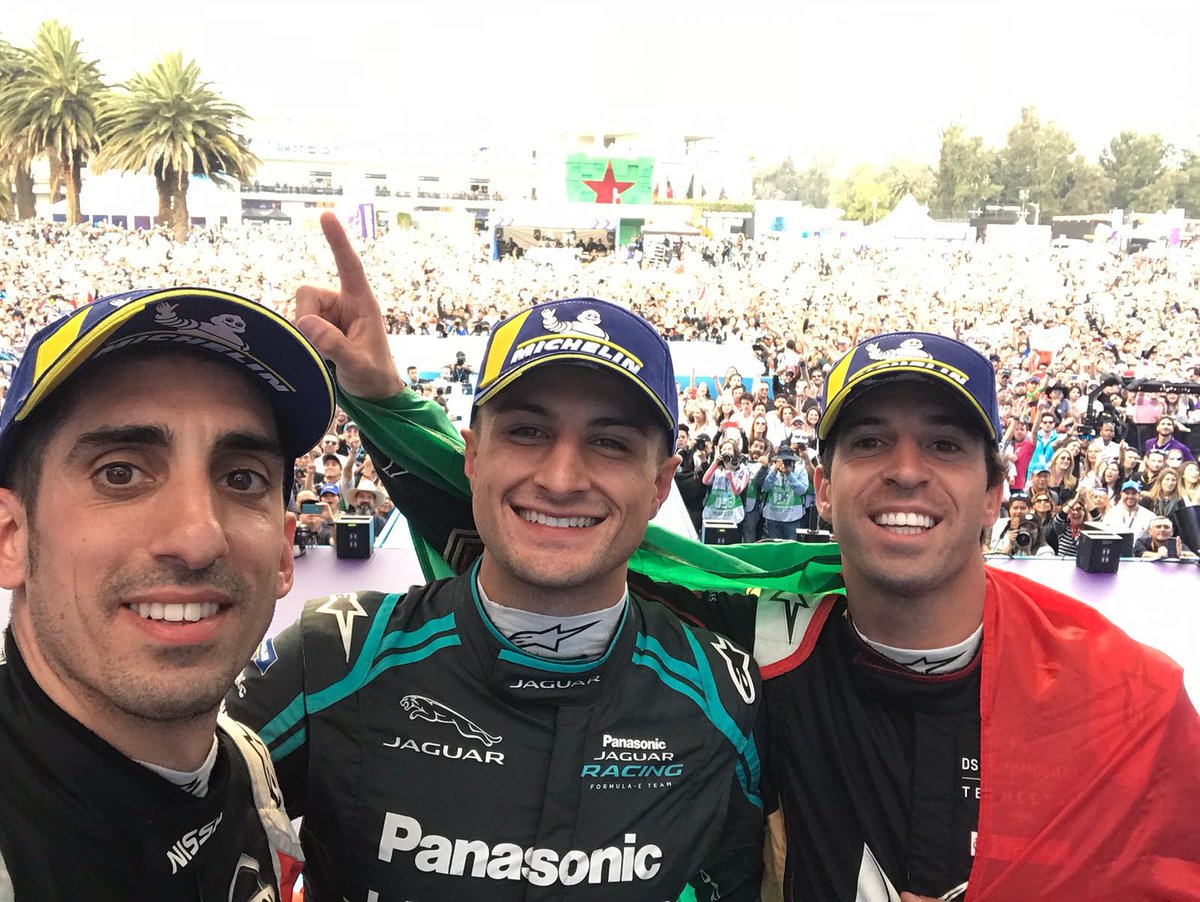 With a little over 15 minutes left on the clock, more drama unfolded when Mercedes' Nyck de Vries in fifth outbraked himself at the end of the start/finish line and hit Robin Frijns. The maneuver, which de Vries claimed was due to a technical problem, left the Dutchman stranded.

Up front, a calm and composed Evans continued to unroll the laps, followed by Bird and DS Techeetah's da Costa. But the Virgin driver succumbed to the Brazilian's pressure with minutes to go, misjudging his entry into Turn 13 and wrecking his chances of a podium finish.

Evans completed his winning run in Mexico City, followed by da Costa and Buemi, to take over the championship lead from Stoffel Vandoorne who suffered a pointless afternoon after hitting a wall late in the closing stages of the event.

The Mercedes driver was pushed down to fourth in the standings while Evans leads BMW i Andretti's Alexander Sims by a single points, with da Costa now third, 8 points adrift from Evans.

The FIA Formula E Championship will resume in Marrakesh on February 29.