Daniel Ricciardo has praised Mercedes for coming up with a genuinely new technical innovation at the start of 2020 - even as the Renault team considers raising a protest over its legality.

The existence of the Dual Axis Steering (DAS) system was revealed on Thursday by on-board footage of the W11 during live coverage of pre-season testing at the Circuit de Barcelona-Catalunya.

Lewis Hamilton and Valtteri Bottas are seen to push and pull at the steering wheel in order to manually adjust the toe angle of the front wheels of the car as it barrels down long straights.

A provisional ruling by the FISA suggests that DAS does indeed meet this year's rules and regulations, although it will be banned in 2021 when radical new technical specifications are introduced.

Meanwhile, Ricciardo applauded Mercedes managing to find another new way to stay ahead of the rest of the field this season.

“Hats off to them," the Australian told F1 TV. "They have been dominant this whole turbo era, yet they are still the ones pushing everyone else.

“It should be us and everyone else pushing them, but they’re not getting complacent," he added. "I think that’s why they’ve been so dominant.

"They’re setting an example right now, and as a competitor I certainly respect that. It’s good for everyone to see how far they’re willing to go." Ricciardo added that the revelation of DAS has caught pretty much everyone in the paddock by complete surprise.

"I don’t think maybe anyone had really thought about it," he said. “I don’t want to say anyone, but probably not many people talked about that.

I don’t know if it was ever a conversation had, but I’m sure the conversation’s happening in every team right now," he added. "I’ve never heard of a system that talked about!"

But while DAS might meet this year's technical rules, it might fall foul of the regulations in another way.

"They will undoubtedly have consulted with Nikolas Tombazis of the FIA," Renault sporting director Alan Permane said in conversation with Motorsport.com.

"They will have said that they are satisfied with the legality of the system, and I agree with that," he stated. "But there is also a parc fermé issue." 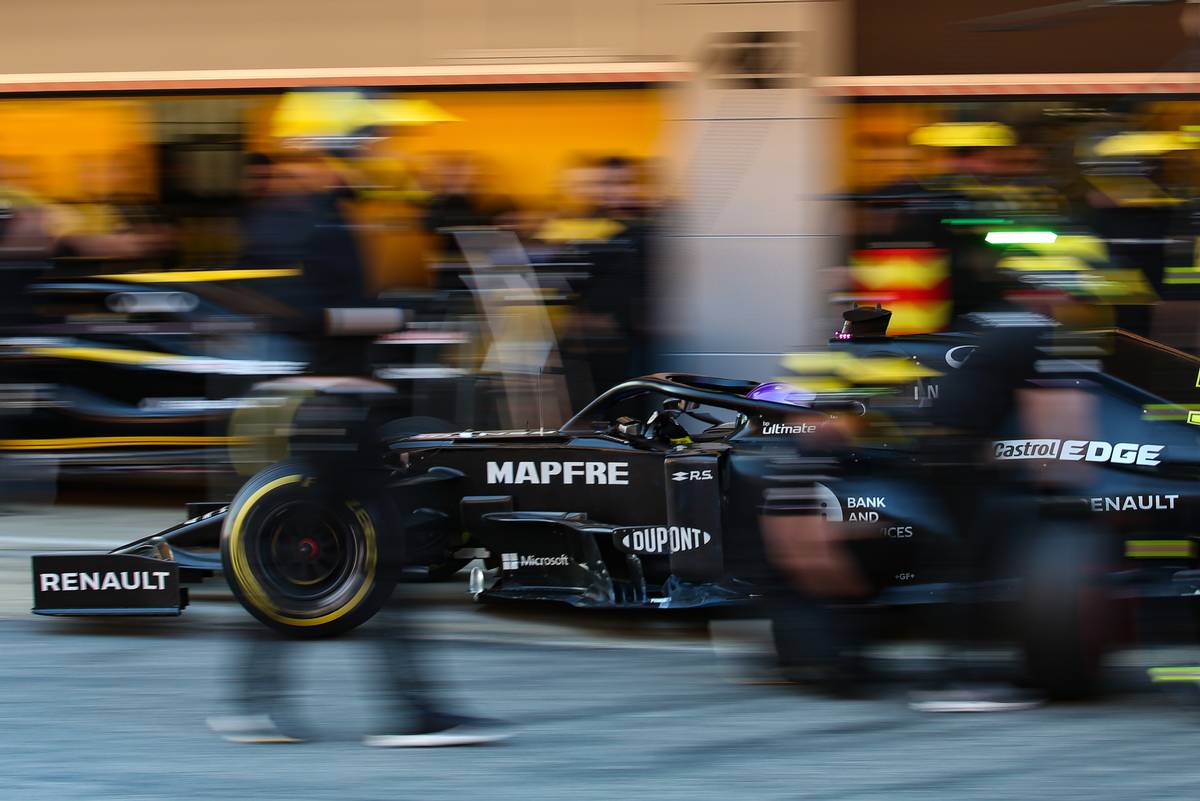 He pointed out that according to Article 34.6 of the regulations, a car is under parc fermé conditions from the moment it leaves pit lane until the start of the race. Adjusting the toe angle during that period might therefore fall foul of the rules.

"The question is whether it is a steering system or a suspension system. There are different rules for that," Permane explained.

Renault itself had a subdued first week of testing, completing 373 laps of which Ricciardo contributed 188 despite suffering a brief engine scare on Friday.

He ended the week tenth fastest of the 21 drivers taking part with a best time of 1:17.574s putting him almost half a second behind his new team mate Esteban Ocon. Even so, he was pleased with how it had gone.

“Today was okay for me, I felt good in the car and I’m pleased with the work we completed,” he told the team's website. Ricciardo had been sporing a special purple helmet for testing in tribute to basketball legend Kobe Bryant, who was killed in a helicopter accident at the end of January.

"I was a fan of him and what he represented, what he brought to the sport," he explained. "I idolise him creating such a legacy, his work ethic, him standing out from the pack. I think anyone trying to be great at something can recognise that and appreciate that.

"There's quite a lot of significance when someone from the outside shows a bit of care. Obviously I'm not doing it for what the image looks like, but I think it's nice that it's touched Formula 1 drivers."