Daniel Ricciardo was happy to see his name at the top of the timesheet mid-day in Barcelona, but the Aussie also cast a positive view on Renault's overall pre-season preparations.

Renault saved the best for last when Ricciardo fired off a hot lap in the final hour of Friday's morning session, putting a 1m16.276s on the board that represented his best ever performance around the Circuit de Catalunya.

"I don't think I've ever done a 'low 16' around here, so that's the quickest I've ever been around Barcelona," Ricciardo said.

"I've been coming here since 2007. Long time going around and around, but I finally got a good lap!"

Renault ran through its various programs without much drama during its two weeks of testing. Despite flashing the R.S.20's speed on the final day of running, Ricciardo insists there's still a lot of work ahead to improve Renault's 2020 contender.

"Testing hasn't been like perfect all the way through," he added.

"It's nice to see your name up there but obviously come racing we know we still have some work to do. We also know we're not the quickest car right now.

"I think yesterday was a tougher one for us, I think we resolved a bit of that today. We're nearly there.

"We’ve improved the overall balance of the car, worked through some set-up changes and our reliability has been strong.

"I believe we’ve cranked up more kilometres on the engine tests back at Viry than we’ve ever had before, so this combined with our results over the two tests are ultimately encouraging signs ahead of the start of the season in Australia." 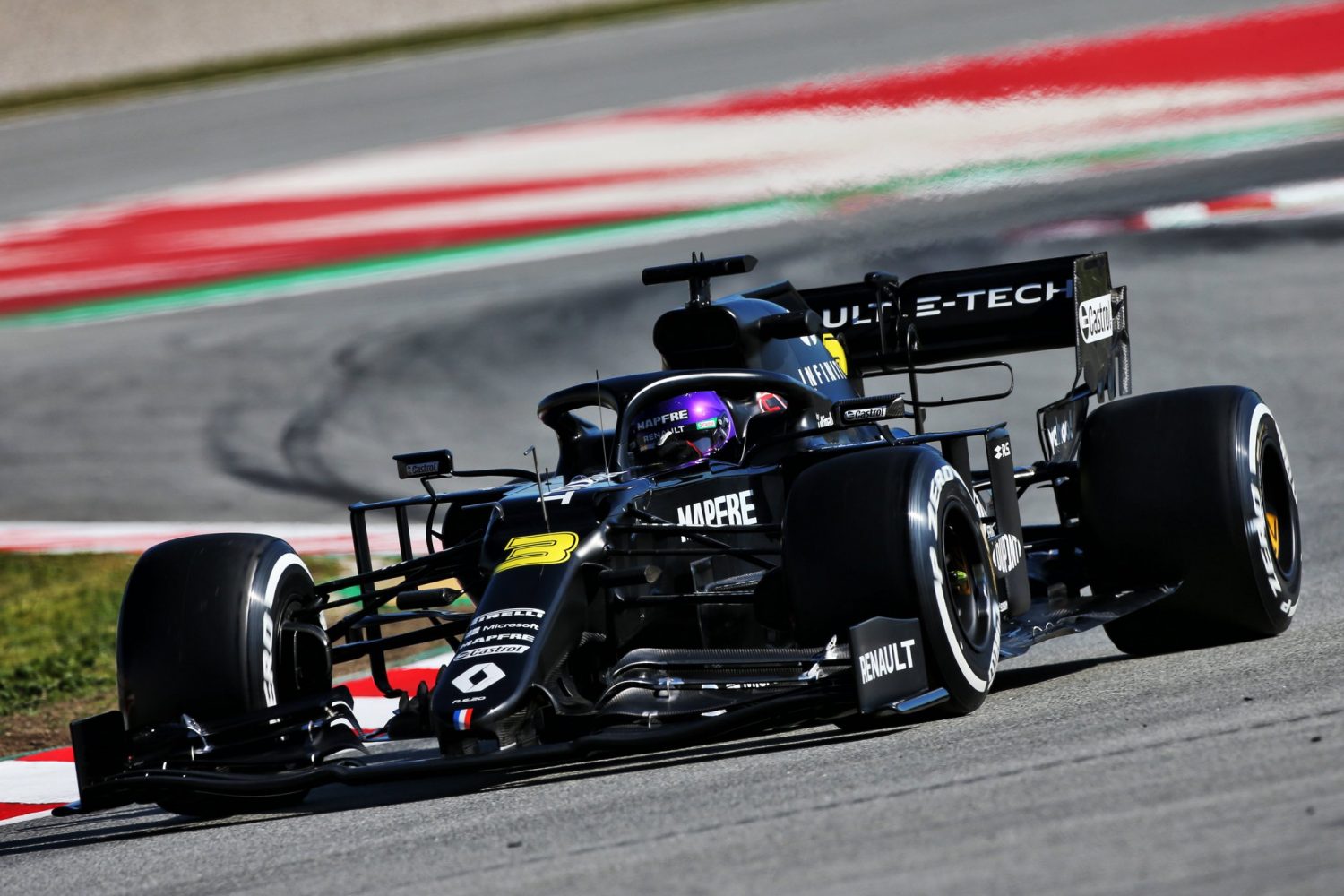 Formula 1's mid-field is set up for another fierce battle this year, although Racing Point appears to have an edge over its rivals.

But Ricciardo believes Renault is on a par with its engine customer McLaren.

"Racing Point, they look pretty good," he said. "I think they're going to be tough, at least in the first part of the year.

"I'm quicker, the car's quicker, I think it's close to McLaren, so that midfield is going to be tight.

"Hopefully, the whole field is bunched up from top to tail. Williams were the tail last year but they've made quite big gains from what it looks like. They're certainly not as far back.

"It's cool, hopefully the whole field is compressed."

Verstappen displeased with portrayal in 'Drive to Survive'