It remains to be seen if the 2020 Australian GP will proceed as scheduled following the COVID-19 outbreak, but Pirelli has released the teams' tyre choices for the opening F1 race.

Pirelli will supply its hard C2, medium C3 and soft C4 compounds in Melbourne, with the tyres following the same specifications as last year's rubber.

But Ferrari and Red Bull's chargers have opted for nine sets of Pirelli's softest tyre. While Max Verstappen and Alex Albon are on the same page regarding their selection, Charles Leclerc has taken an extra set of mediums relative to his Scuderia teammate Sebastian Vettel.

Renault, AlphaTauri, Alfa Romeo and Haas follow Mercedes lead in stocking up on the C4 tyre.

But Racing Point's drivers will only have 8 sets of the red-rimmed compound at their disposal. 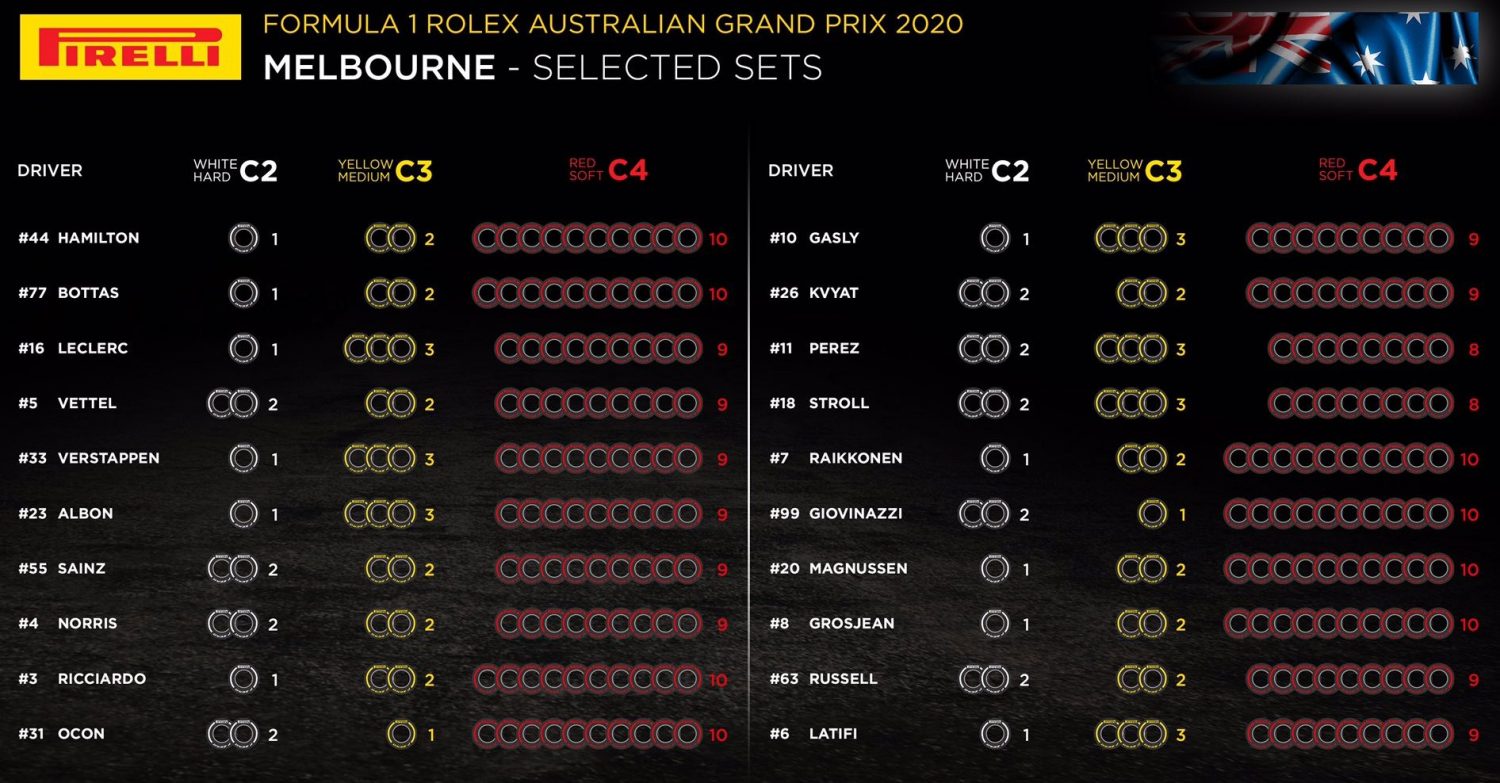 COVID-19: It's Bahrain's turn to step up entry restrictions!