All the tyres shipped to Australia in time for the 2020 Australian Grand Prix are to be destroyed, following the short-notice cancellation of the event on Friday due to the coronavirus outbreak.

Even though none of the tyres had actually been used on track in Melbourne, F1'a rules and safety procedures require that all the compounds delivered to Albert Park in time for the aborted race must now be scrapped.

Races held outside Europe see the freighting of the wheel rims handled by the teams, with Pirelli mounting the tyres on arrival at the destination. Once that's done there's no going back.

"When we strip a tyre from the rim, we give a stress to the bead," Pirelli motorsport director Mario Isola told Motorsport.com in Melbourne.

"We are not confident about fitting the tyre again, because of the level of forces acting on these tyres is huge.

"The only problem is for tyres that are already fitted, because in that case those tyres are going to be stripped.

"We finished mounting the tyres on Thursday afternoon, and then we had to dismount everything," he said. "We don't want to take any risk."

It amounts to 1800 tyres in total that will now need to be dispensed with once they are shipped back to the UK.

The write-off of the entire Australian tyre consignment is the biggest 'wastage' of tyres that the sport has seen. But even for a normal dry flyaway race weekend, over 500 sets of wet and intermediate compound tyres routinely end up being scrapped.

Closer to home, unused tyres from European races can be transported by road without being removed from their rims, meaning that they can still be stored and used for subsequent events.

"For the European events we can carry them over," Isola confirmed. "If we don't use them we keep them fitted, and we load our trucks with tyres and rims." 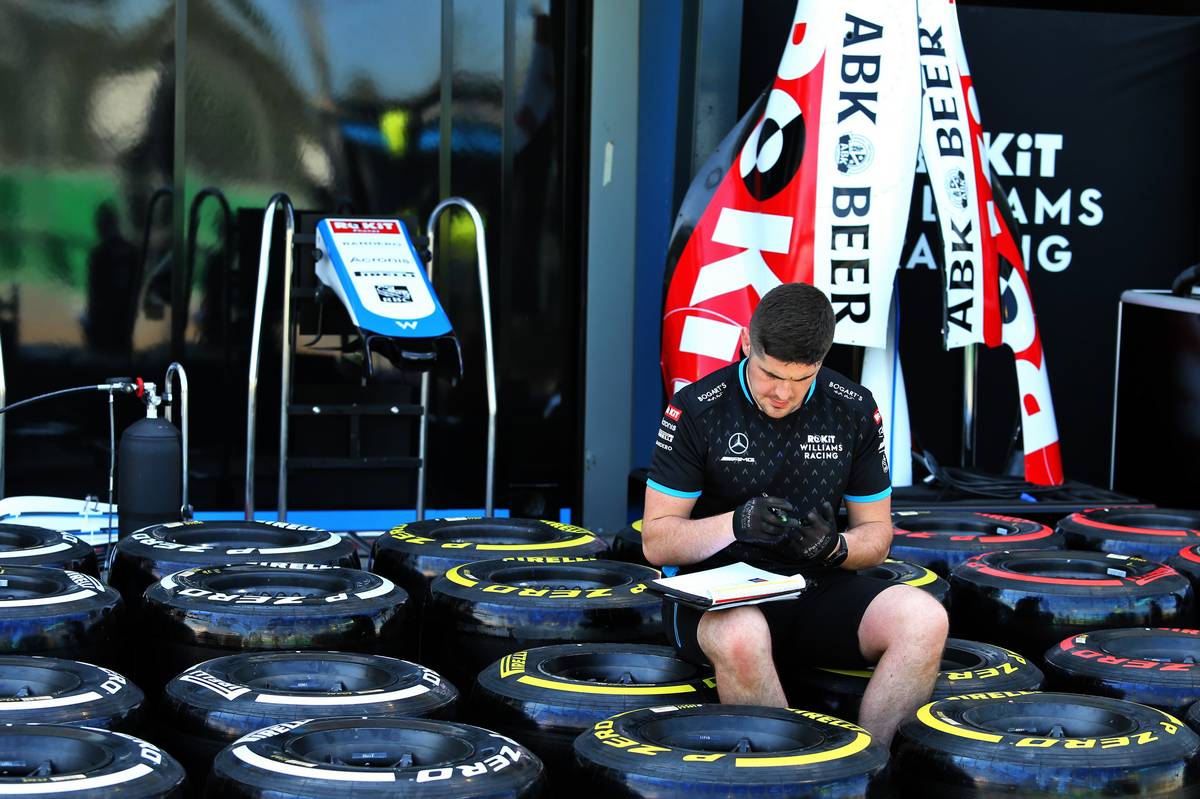 Isola said in light of this week's development, Pirelli would now work with the FIA and the teams to find better ways of transporting tyres to and from flyaway races that will avoid this weekend's issue arising again.

Fortunately the tyres already in Bahrain and Vietnam for the now-postponed races in both countries can be kept in storage until more is known about how the season will be adjusted to cope with the coronavirus situation.

"It's not a problem. We use sea freight for most of the tyres, and they are in thermal controlled containers. It's like having them in a warehouse, it doesn't make any difference for them. "If there is any change in the calendar, we can use them."

In the meantime, the destruction of the tyres isn't a total waste as they will end up being made into fuel to power an Oxfordshire cement factory.

"We crush the tyres in order to fit them in fewer containers, and send them back to the UK where we recycle them in a cement factory close to Didcot," Isola explained.

"We burn them at high temperature, and we create energy, but not pollution," he continued. "We are investigating many possible ways for recycling F1 tyres, but at the moment this is the way we recycle them after all our analysis."

'Ferrari would go behind Hamilton's back' - Ecclestone