Formula 1's Heineken F1 Joburg Festival due to take place on March 29 has been added to the list of sporting events to be formally postponed as a result of the global spread of coronavirus.

The event had been announced just last month, but has been overtaken by the unprecedented speed of developments regarding the pandemic.

Organised in partnership with South Africa's Gauteng province, the event would have seen the Mercedes, Red Bull Racing and Renault teams roaring through the streets of the city.

Valtteri Bottas and David Coulthard had originally both been confirmed as attending the event. Other activities would have included the ‘DHL esports Challenge’, the ‘Pirelli Pit-Stop’ Challenge, and car displays featuring supercars, SA Karting, F1600 and historic single seaters.

But on Saturday, Formula 1 confirmed that all those plans were now on hold - although it insisted that it still hoped to stage the event at some point in the future.

“Due to the ongoing global situation regarding Covid-19, the Heineken F1 Joburg Festival due to take place on the 29th March has been postponed to protect the safety of all fans and participants attending the event,” the series announced in a statement.

“Any decision on a rescheduling will be made at the right time from a public safety perspective,” it added.

“Following the announcement from the World Health Organisation categorising Covid-19 as a pandemic earlier this week, we have made the unfortunate decision to postpone the festival," explained Formula 1 director of marketing and communications Ellie Norman.

"Our fans’ health and safety is paramount and whist we know this decision will be disappointing for our fans we believe this is the right decision at this time.

“We would like to thank all our partners and those involved in making the event happen, and we are fully committed to returning to bring the excitement of F1 back to South Africa.” 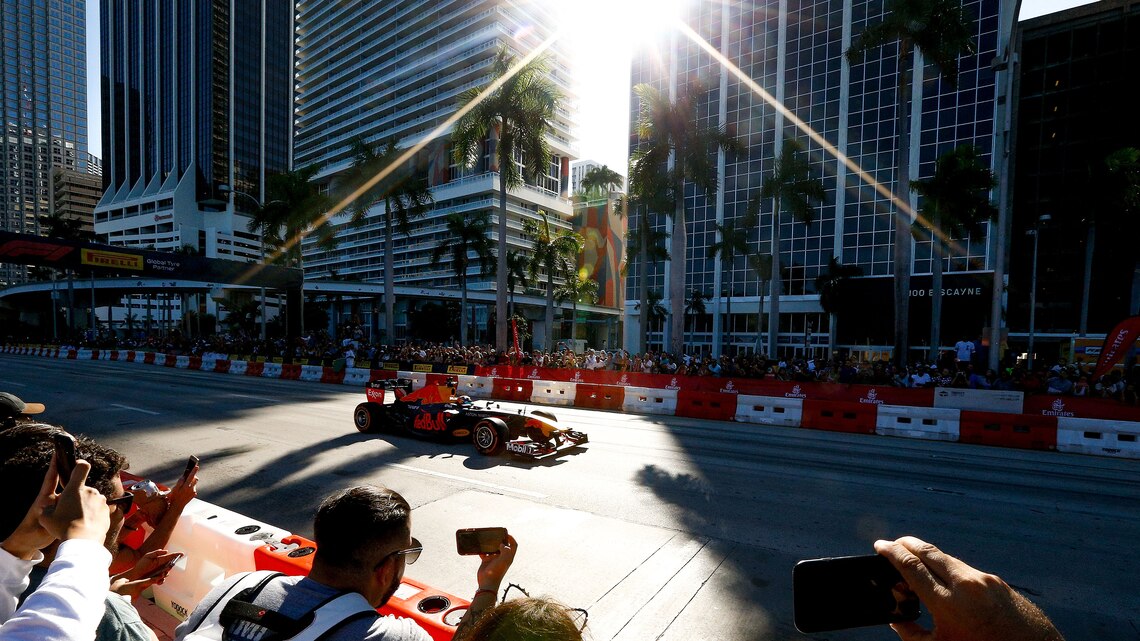 “Although everyone will be very disappointed, given the current situation regarding COVID-19, the decision to postpone the F1 Joburg Festival is the appropriate course of action," added Warren Scheckter, CEO of local organisers SAGP.

"Hopefully it won’t be long before circumstances are such that we are able to reschedule the event," he added. "We look forward to working with Formula 1 and Gauteng Province in our continued efforts to bring Formula 1 back to South Africa.”

“We understand and support the postponement of the F1 Joburg Festival, given the prevailing circumstances," stated Morakane Mosupyoe the Gauteng MEC for Economic Development:

"Gauteng remains committed to the F1 Joburg Festival, and we look forward to being the destination partner of the event in due course."

All fans who purchased tickets for the event will be offered a full refund. Uncollected tickets and print-at-home transactions should be fully refunded automatically within 3-7 working days.

Previous fan festivals have been successfully held in London, Shanghai, Milan and Miami as well as Chicago, Los Angeles and Sao Paulo

The news came just a day after the Australian Grand Prix was cancelled at the last minute over concerns about the virus, after a McLaren team member working at Albert Park Circuit tested positive for the virus.

Other personnel are still in Melbourne under quarantine. McLaren principal Andreas Seidl has also opted to stay in the city to support his staff during their period of isolation.