Ferrari have allegedly made Sebastian Vettel an offer the German driver could turn down as it involves a one-year deal with the Scuderia for 2021 and a drastic pay cut.

According to Sky Italia, the four-time world champion has been handed the "take it or leave it" offer and is awaiting Vettel's response.

Ferrari boss Mattia Binotto recently said that Vettel remained the House of Maranello's first option for the future and that contract talks would be conducted in short order.

However, Vettel's 2021 retainer - should he accept it - will come nothing close to the German's three-year 100 million euro renewal signed and sealed in 2017 by Fiat-Chrysler boss Sergio Marchionne.

At the time, Vettel was the undisputable leader of the Scuderia, but today the 32-year-old must contend with his ambitious teammate, the talented Charles Leclerc who outscored him last season in the drivers' championship.

The 22-year-old Grand Prix winner was rewarded by Ferrari for his performance last season by a contract that will keep the Monegasque at the Scuderia until the end of 2024.

Furthermore, this year's truncated season has deprived Vettel of an opportunity to reassert himself against his teammate, leaving Ferrari with no other choice but to base its offer on last year's campaign, hence the downsized offer. 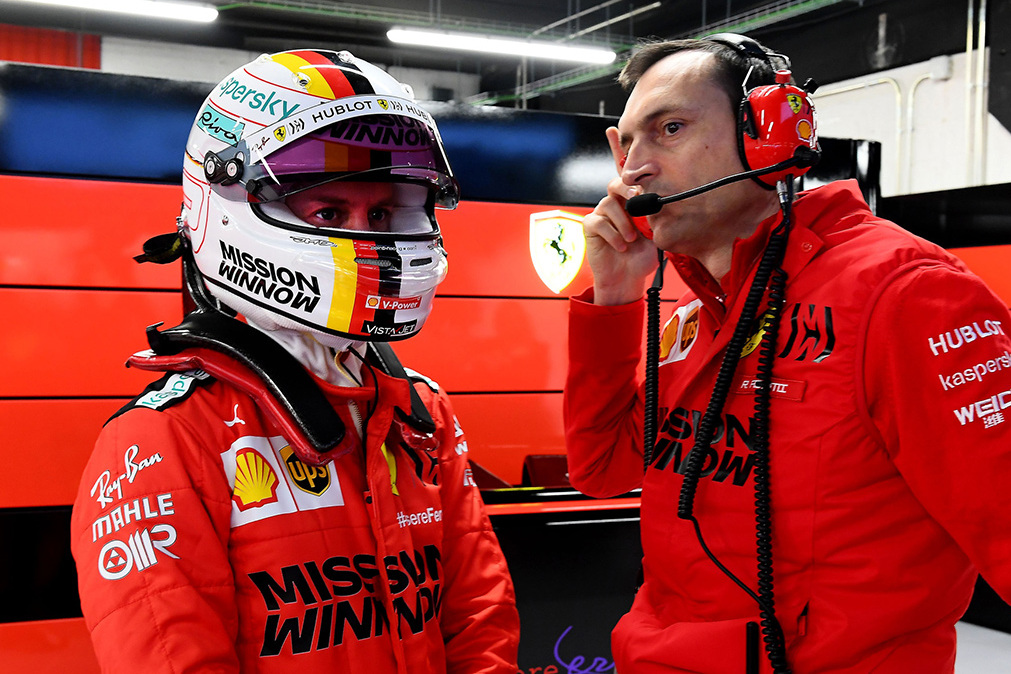 As Vettel ponders his employer's latest proposal or an eventual 'plan B', Ferrari has time on its side to consider three potential alternatives for next year: Daniel Ricciardo, Antonio Giovinazzi and Carlos Sainz.

In summary, for the first time in his 13-year career in F1, Vettel holds a weak hand, with no opportunity in sight to boost his cards. The time may soon come for Seb to hold'em of fold'em.