Lando Norris will enjoy a change of virtual scenery this week when he joins the ultra-competitive BP Supercars All Star Eseries on Wednesday.

The McLaren driver and sim racer extraordinaire is the recipient of a wildcard extended by the organisers of the popular online series for its Spa round where Norris will race onboard a Walkinshaw Andretti United Holden.

"There’s a lot of fast drivers in it, it’s going to be very tough, very competitive, but I’ve watched pretty much all of the races so far in the championship and it looks a lot of fun.

"I’m very excited, I hope you are too, and I hope to see you all on Wednesday!"

Another famous name joining the Supercars grid this week will be Red Bull junior Jack Doohan, the son of Australian MotoGP llegend Mick Doohan, who has also been handed a wildcard.

The fifth round of the BP Supercars All Stars Eseries will consist of three races taking place at Spa-Francorchamps.

The action at Spa will kick off at 12pm UK time (7am EST - 1pm CET) and will be streamed live on Supercars Esries YouTube and Twitch channels. 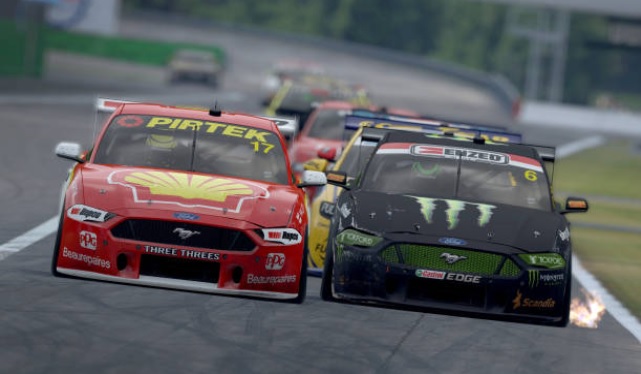 Di Resta: Vettel has no say in future with Ferrari