George Russell is hoping to put advice he received from Lewis Hamilton to good use - even if it means that the reigning world champion comes to regret hiving the younger man the benefit of his wisdom!

Russell has been long associated with Mercedes as a junior driver while competing in Formula 2, still representing the team in test sessions even after he took up his full time F1 seat with Williams in 2019.

As team mates, it was only natural for Hamilton to give the his young compatriot some tips and advice.

But on track, these days the pair are unquestionably rivals - even if Russell's current car is no real match for the all-conquering Mercedes at the front of the grid.

“I had a little bit of advice from Lewis about two years ago when I was racing in F2," Russell revealed this week in a fan Q&A session with Sky Sports F1.

“We were in a debrief and I was struggling a little bit with something," he recalled. "I was talking to some of the engineers, and he just gave me a bit of advice from the driving side.

“It was mainly about the tyres and how to try and get more out of them," he explained. "I’d say that was a little thing that helped me find that little bit extra, what I was just missing at the start of my F2 career.

“That’s actually pushed forward into F1 as well and has benefitted me as I moved into F1," Russell added. “That little piece of information triggered something in my mind and I think a lot about it and how I can get even more out of it."

While Russell is grateful to for the helping hand, it doesn't mean that he's not about to make Hamilton pay for his largesse if he gets the opportunity. 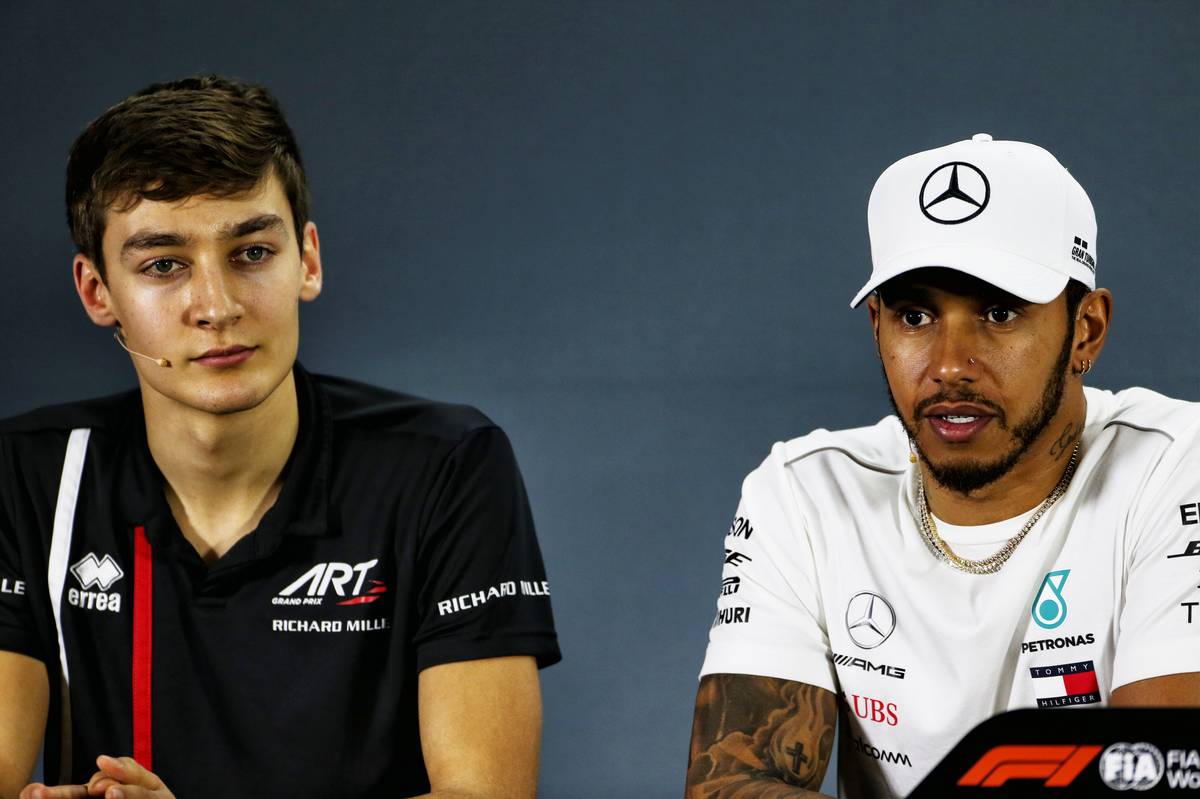 “I hope I can make him regret giving me that advice one day!” the 22-year-old from Kings Lynn smiled.

Russell admitted this week that he was feeling jealous about his good friends Lando Norris and Alex Albon already in top teams and race-winning cars, while he still found himself languishing at the back of the grid in the uncompetitive Williams.

“At the moment I’m contracted with Williams. It’s no secret we’re going through tough times at the moment," he conceded. "The team are doing everything they can to fight though this situation over the past couple of years to produce a better car for myself and Nicholas.

“Obviously I am fortunate to be linked with Mercedes so who knows. I am focused on my job, and what will come will come.”

At least Russell had some welcome success with victory in last week's Spanish Virtual Grand Prix over Ferrari's Charles Leclerc. But the Briton is still hoping that F1 can get back to some real life action before too much longer under lockdown conditions.

“[I’m] just trying to make the most of this situation," he said. "When are we going to have two or three months off doing nothing?

"I’m just trying to take this time to do something different and I don’t want to come out of this in three months’ time and say I’ve wasted my time off doing nothing.

“At the moment from my side I’m just focused on training, focused on running," he said. "[Although] I’ve never been a big runner!"

Vettel's Ferrari exit 'not a decision to retire' - Hakkinen

Leclerc's girlfriend joins Twitch just to get his attention!