NTT IndyCar Series owner Roger Penske has confirmed that he's held preliminary talks with Ferrari about the Italian squad joining the US open wheel championship as a manufacturer from 2022.

“We’re looking at potentially adding other manufacturers," Penske told the Brick-by-Brick Sirius XM podcast this weekend. “You’ve probably heard it, there have been discussions with Ferrari.

"[Ferrari] might be interested in joining the series, coming in 2022 when we have new engine rules," he continued. "That would be a great asset, to have a third manufacturer in the series."

Currently there are just two manufacturers in IndyCar, with Honda and Chevrolet supplying engines to all the teams on the grid. Lotus was also previously involved, but ended its relationship with the series at the end of 2012 after poor results.

Ever since then IndyCar has been keen to add at least one more manufacturer to its line-up.

"We are trying to attract new manufacturers to the sport," Penske commented. "Ferrari has shown public interest before and so we have sat down for a talk.

"For IndyCar, Ferrari would be a great addition," added Penske, who bought the IndyCar Series and the Indianapolis Motor Speedway from the Hulman-George family at the start of 2020.

The introduction of a new cost cap in Formula 1 next season might provide the biggest recruitment opportunity to date. Ferrari has already spoken of the need to find new motorsports projects to diversity into if it is to retain its large workforce without making significant cuts in staff numbers.

"We want to be sure that for each of them there will be a workspace in the future,” he said. “For this reason, we have started to evaluate alternative programs."

"I confirm that we are looking at IndyCar, which is currently a very different category but with a change of regulation scheduled in 2022."

The regulation change was initially planned for 2021 but has been pushed back a year in the hopes of attracting a new manufacturer to IndyCar.

As well as the phased introduction of a new chassis to replace the current DW12, the new hybrid engines will produce over 900bhp, recover energy under braking, and use electric motors to boost the existing 'push-to-pass' system. 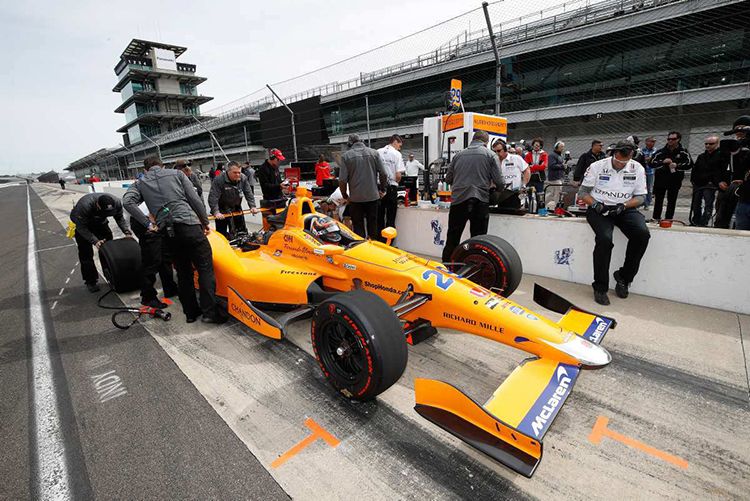 Mercedes has also indicated that it might look at competing in other categories in future. McLaren has already set up a new full-time IndyCar team in 2020 in association with Schmidt-Peterson Racing, having previously partnered with Andretti Autosport to field an entry for Fernando Alonso on two prior occasions.

Like all motorsport around the world, the start of IndyCar's 2020 season has been delayed due to the onset of the coronavirus pandemic. The initial race at St Petersberg was called off just hours before qualifying was due to start in March, and the Indy 500 was subsequently postponed from May until August 23.

But now the series is finally set to get underway with the Genesys 300 at Texas Motor Speedway this evening.

"Everyone is excited to try to turn the page and get back to the racetrack," said British driver Jack Harvey who competes for the Meyer Shank Racing team.

"At the end of the day, we're here to race. We want to do the best we can. I’m excited, probably more excited now than how we felt in St. Pete in a lot of ways.

"We want to get to the season and want to try to win, especially since it's been so long," added Harvey, who will be starting his first full-time season in four years.

“If we weren't at Texas and everybody else was, we'd probably be sat in the corner sulking. So the positivity of it all is that we're just grateful to still be there having the headache of how we're going to approach this weekend and what does a good weekend look like."

Budget cap could help drive Mercedes into other series

Perez back in training ahead of 'very demanding' return